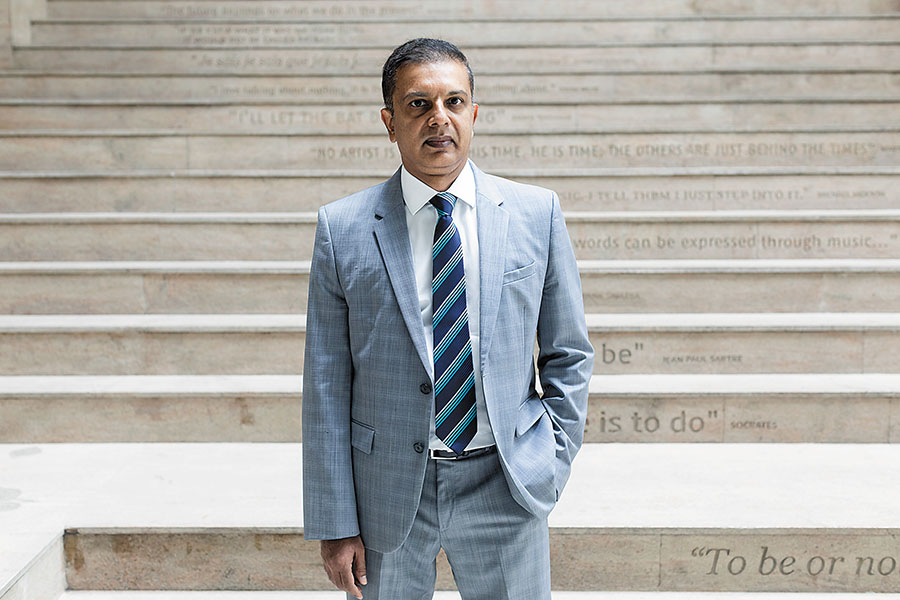 A global phenomenon that the Covid-19 pandemic exposed was the world’s reliance on China for various manufactured goods and raw materials. For India, its dependence on its eastern neighbour for numerous goods—electronics and electricals, automobile components and even personal protective equipment (PPEs)—was a stark reminder of the country’s lack of manufacturing prowess.

One of the sectors in which this was acutely felt was the pharma industry, which imports almost 70 percent of its requirement of APIs (active pharmaceutical ingredient)—also known as bulk drugs, they are the active ingredient in medicines—from China. India imports APIs from the US (4 percent), Italy (3 percent) and Singapore and Hong Kong (2 percent each) as well. This, despite India contributing 20 percent of the world’s generic medicines in terms of volume, and supplying more than 60 percent of the globe’s demand for various vaccines and antiretroviral drugs. India meets 25 percent of the UK’s demand for medicines, and one in three pills consumed in the US. And yet, India’s import of APIs has only kept rising: It has increased by a CAGR of 8.3 percent between 2012 and 2019.

This, however, was not always the case.

In the Indian pharma industry, the movement to be atmanirbhar, or self-reliant, began decades ago with visionaries who are responsible for making Indian pharma an industry to reckon with globally. These include K Anji Reddy, who founded Dr Reddy’s Labs in 1984, and Yusuf Hamied under whom Cipla took shape in the same year (although it was nationalist father Khawaja Abdul Hamied who founded The Chemical, Industrial & Pharmaceuticals Labs pre-Independence). Then, there was inventor and chemist AV Rama Rao, who founded Avra Labs in 1995, to make APIs.

Making medicines locally and for India’s millions were the goals of these pharma futurists. And their efforts have paid off. In the early 1970s, for instance, the multinationals controlled over two-thirds of the Indian pharma market. Today, it’s the Indian companies that call the shots locally, thanks to the early efforts to make APIs. Dr Reddy’s, for instance, started by producing methyldopa API, and by 1990 had become the first Indian company to export Norfloxacin and Ciprofloxacin to Europe and East Asia.

In a presentation on the Indian pharma industry in 2005 to commemorate Rama Rao’s 70th birthday in Hyderabad, Hamied said: “When I joined the pharma industry in 1960, the label ‘Made in India’ was not acceptable internationally.” He then went on to outline how the API industry took shape in India: “In 1960 itself, I was influenced by a publication in 1959 of Prof RN Chakravorthy, who discovered the existence of Diascoria species in Northern India, which yielded Diosgenin, the precursor to steroids. As some of these, such as testosterone and progesterone, were not covered under existing patents, they could be produced within the country. Thus started the synthetic API manufacture in my company.” 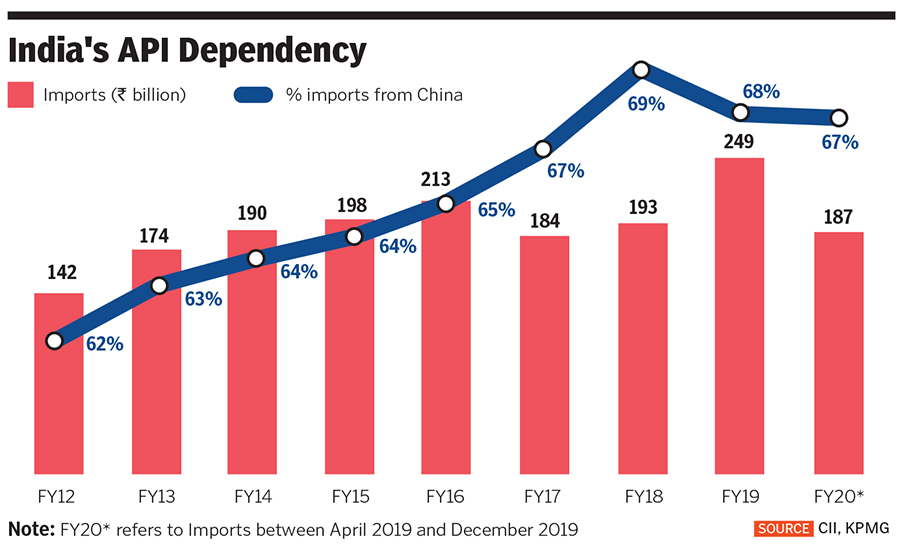 The big leg-up, though, came in the early 1970s when the Patents Act was modified, abolishing product patents, and allowing the Indian pharma industry to manufacture and market in India almost any drug available internationally. And that set the ground for Indian pharma players to move, over the decades, from APIs to finished doses, complex generics and biosimilars. There have, of course, been setbacks, particularly in new drug discovery, raps from the US FDA for inadequate manufacturing facilities, and a couple of huge corporate governance blowouts. And then there was China’s big move into APIs sometime in the 1990s.

As China began to invest in its manufacturing capabilities, it began to gain a dominant position in the API market as well. Government policies and incentives led to the ease of doing business in the country, and the setting up of facilities to manufacture medicines in bulk. “Once China entered the API market, it was able to rapidly attain better cost structures through government funding, tax incentives and economies of scale,” says Satish Reddy, chairman of Dr Reddy’s Laboratories, and president of the Indian Pharmaceutical Alliance (IPA). 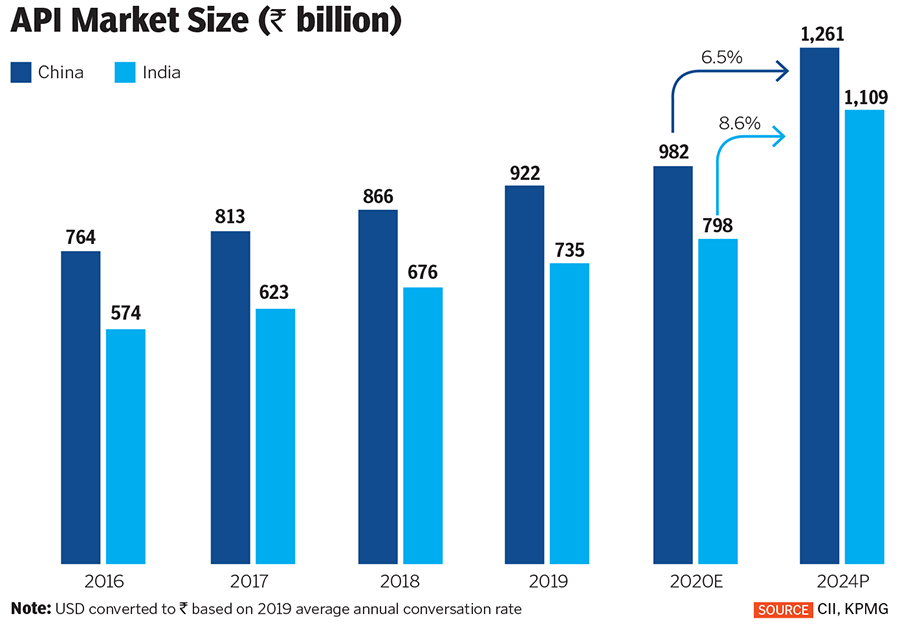 The ongoing pandemic has now triggered a rethink of the pharma industry’s reliance on Chinese imports. “The entire world is revisiting its dependence on a single source of imports,” says Sudarshan Jain, secretary-general of IPA. “But the Indian pharma industry has also wanted to revive the bulk drugs industry over the last few years. Covid-19 has accelerated the need and has provided the impetus to formulate new APIs or KSM [key starting material] policy.”

Prime Minister Narendra Modi announced on March 21 a ₹6,940-crore scheme to reduce dependency on China and boost domestic manufacturing of APIs over the next eight years. The scheme will cover 53 crucial APIs and KSMs for which India is now critically dependent on imports. Another ₹3,000 crore was allocated to set up three bulk drug parks over the next five years. 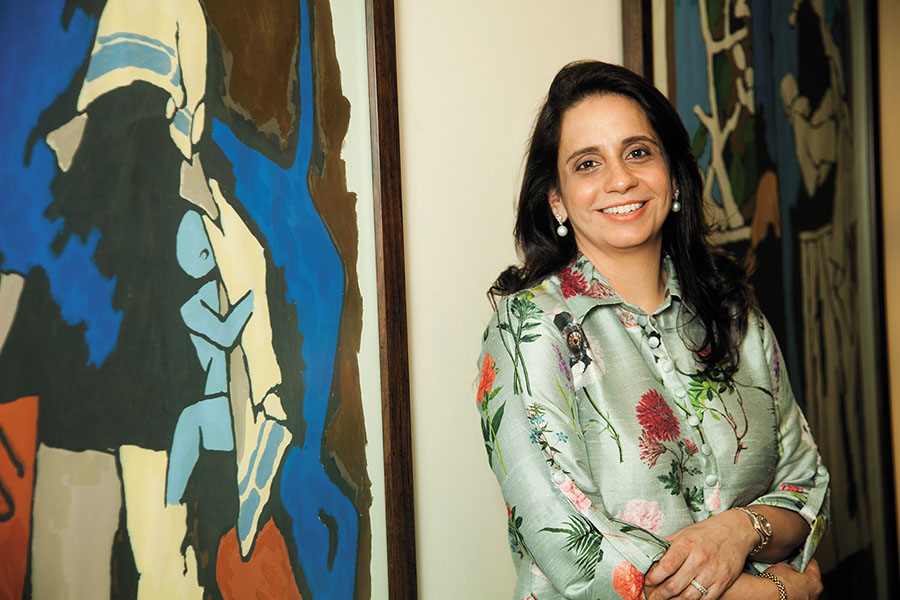 The pharma industry, however, will need more than that to become self-reliant in APIs. “Producing lower cost bulk drugs in India requires strategic initiatives and can only be possible through supportive policies that will make API manufacturing in India a viable option,” says Samina Hamied, executive vice chairperson, Cipla. “Sustainable production-linked incentives [PLIs] must be provided at a much larger scale; there should be focus on ease of doing business, incentives and subsidies, infrastructure development and technical capabilities.”

“The government’s moves to promote domestic manufacturing of critical bulk drugs are certainly a step in the right direction. However, much more can be done, especially regarding the provision of tax sops and expanding the list of molecules under the PLI scheme,” adds Hamied.

To these requirements, Reddy adds the need for uninterrupted and low-price supply of utilities, and policy support in the form of favourable licence renewals and capital subsidies. “For the pharma industry, loans are typically available at higher interest rates and over short tenures. The government must make provisions like those in the infrastructure sector. First, to borrow money from insurance companies (and other funds) for longer tenures at attractive interest rates; second, to gain access to foreign currency funding through the external commercial borrowing route.” 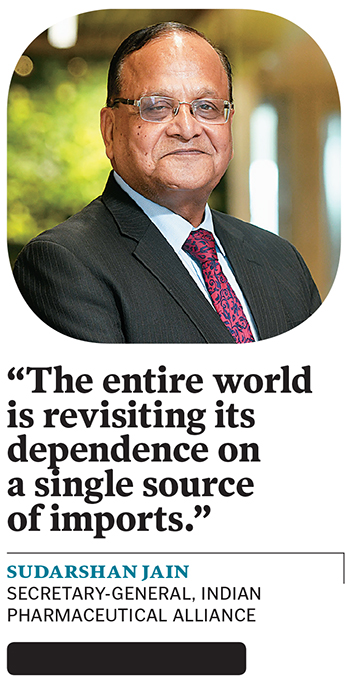 Jain also believes that giving the pharma industry an infrastructure industry status will help in providing credit at competitive rates on a long term basis with enhanced limits. “India needs to build an ecosystem to support the growth of domestic bulk drug industry,” he says.

It is this ecosystem that China has developed through subsidies, loans at lower interest rates and tax holidays. The borrowing cost in China is at 4 to 5 percent, whereas in India it is close to 12 to 14 percent.China is also positioned higher on the World Bank’s Ease of Doing Business Rankings: It jumped from rank 46 in 2018 to 31 in 2019, whereas India moved from rank 77 to 63. The KPMG-CII report says, “In China, it takes around one year to set up a factory, while in India it takes around three years or more to establish a factory for manufacturing APIs.”

The report adds: “China has added modern medical and pharmaceutical industries (including industries supplying raw materials used for production of cell therapy drugs and large-scale cell culture products) to its list of encouraged industries. These industries are taxed at a lower rate of 15 percent compared to 22 percent in India.” Many Chinese pharma plants are state-owned enterprises, which gives them various advantages with some degree of government control.

Competing in the global API market, however, is a different ball game when compared to bulk-producing APIs for the domestic market. Pharma giants in the US and in Europe too are eyeing this segment.

New entrants too are taking advantage of the situation, with Eastman Kodak Co, a long-time American maker of photography-related chemicals and inks, securing a $765 million loan to manufacture generic drug APIs. The first-of-its-kind loan, to be repaid over 25 years, was granted under the Defense Production Act and is aimed at lowering America’s reliance on API imports from countries such as India and China. According to the South China Morning Post, China manufactures 40 percent of global APIs, supplying $54 billion worth of basic chemicals worldwide.

One of the factors that adds to this nature of Indian APIs is the highly fragmented nature of the country’s pharma industry. According to the report by KPMG and CII, in India there are around 1,500 plants that manufacture APIs. “In FY18, the top 14 to 16 players (including large formulation companies) comprised just 16 to 17 percent of the total market share. Most large- and mid-sized players export to large and lucrative regulated markets in addition to serving the semi-regulated and domestic market. Other mid- to small players mostly export to semi-regulated markets and operate in the price-competitive domestic markets.”

“While countries like India and China manufacture low-cost, high volume APIs, Europe and the US manufacture highly potent and specialised APIs,” says Jain. “The pandemic has certainly revealed the need for self-sufficiency, but a collaborative approach is equally crucial. Through strategic partnerships and collaborations, India can emerge a world leader in the API segment—manufacturing both critical as well as specialised APIs.”

Singh of KPMG says there is no quick solution to make India regain its position as an API manufacturer: “Regaining its position in the API industry and becoming resilient to China or any other country in the future requires consistent eﬀort. There should be a concerted and joint effort among the players of the pharmaceutical industry and the government.”

Reddy too believes that the industry needs to come together to fulfil a common vision. “All stakeholders in the value chain (government, companies and ancillary industries) need to work cohesively to boost the sector and ensure that it is cost-competitive. Only then can we become a globally dominant player in the API space,” he says.

Current anti-China sentiments around the world—in the wake of the coronavirus pandemic, the implementation of new laws in
Hong Kong, and long-lasting disputes over territories with neighbouring countries—might just work in favour of India’s API industry, with other countries choosing it as an alternative source of importing low-cost APIs.

“The need to reignite the Indian API industry is of paramount importance, and the time is ripe for us to shift towards self-reliance. Having said that, the primary competitive advantage in the API space lies in cost leadership,” says Reddy.

For India to gain this dominant position, several factors need to work in the country’s favour over the next decade or so. Some of these factors include governmental and regulatory support, scaling up production to benefit from economies of scale, technological requirements, and tapping various cost advantages.

“Over the next decade, we must work with the government to enhance our production capabilities, invest in new technologies, increase automation, and leverage digital abilities to become more efficient. Only then can we continue to produce large volumes of APIs in a cost-effective manner to build and maintain a leadership position,” says Reddy.

He adds that the country needs strong capabilities in biosimilar developments, proprietary products and novel technologies over the next 10 to 15 years. “We must create a vibrant innovation ecosystem, ensure availability of funding through government grants and venture capital to foster innovation, and facilitate collaboration or idea sharing between startups, universities and companies,” he says.