Laurus Labs: In the big league

Starting out as an API player, Laurus Labs has broadened the scope of its businesses, improving its potential to emerge as a complete pharma company 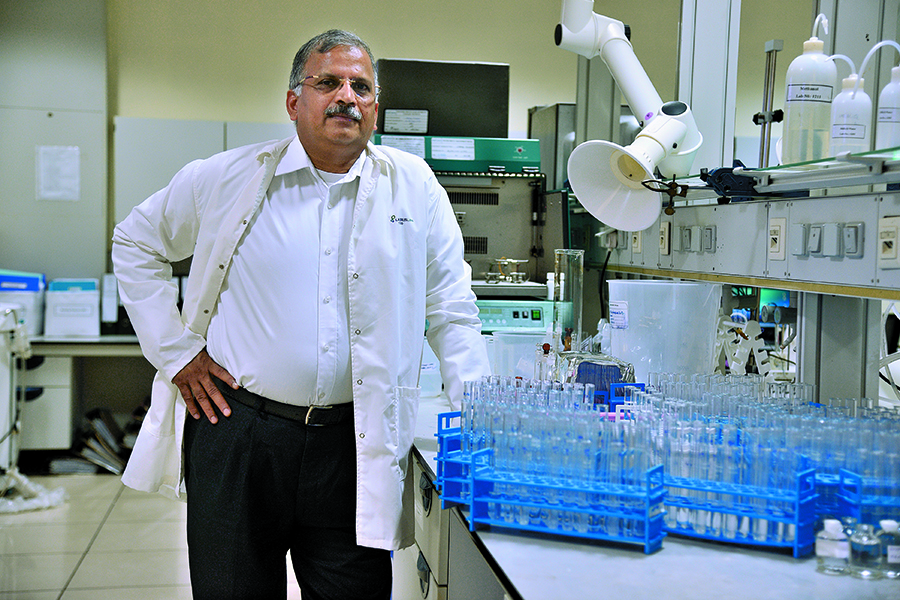 Dr Satyanarayana Chava isn’t afraid of grabbing the bull by its horns. The chief executive of Laurus Labs has probably been asked this question ad nauseum and he moves fast to address why the company didn’t perform in the three years since its public offering.

The answer in his mind is simple. And it also provides a window into the recent outperformance of the entire Indian pharmaceutical industry. Some part is cyclical and an equal part is on account of the new business opportunities for the industry. But a large part of the sudden surge in profitability comes from investments made in the last five years finally paying off. “This is not an industry where you have results in a year. It takes time for the work to show,” he explains.

The result has been the ₹300 crore that the company invested every year since 2016 in plants, research, scientists, filing abbreviated new drug applications and drug master files bearing fruit in the last two quarters and cementing Laurus’s status as an up-and-coming pharma company.

In the fiscal year ended March 2020, the company saw its net profit rise by 174 percent to ₹255 crore. It followed it up in the first quarter of this financial year by clocking in ₹171 crore or two-thirds of last year’s profit. The increasing profitability has been accompanied by rising margins, which rose from 16 percent to 29 percent between the first quarter of last fiscal and the first quarter of the current fiscal. At the margins, Laurus’s numbers compare favourably with Aurobindo Pharma and Sun Pharma, but are behind Divis Laboratories.

Through this period, Laurus, which began life as a maker of active pharmaceutical ingredients (API) in the antiretroviral space, has deftly managed the change in its business economics in the API territory. It has entered other areas—contract research and manufacturing and finished dosage forms while also making APIs for oncology, diabetic and hypertension drugs.

As these lines of business mature, they have the potential to add more revenue, customers and geographies. So far, the first generation entrepreneur who was backed by Warburg Pincus in his initial days has shown that he can execute, and more importantly, dream big. As a retail investor who held the stock for the last three years says, “He (Chava) could have been happy with a ₹500 crore company churning out ₹50-60 crore in profit every year, but he’s shown that his eyes are set on the big prize.” 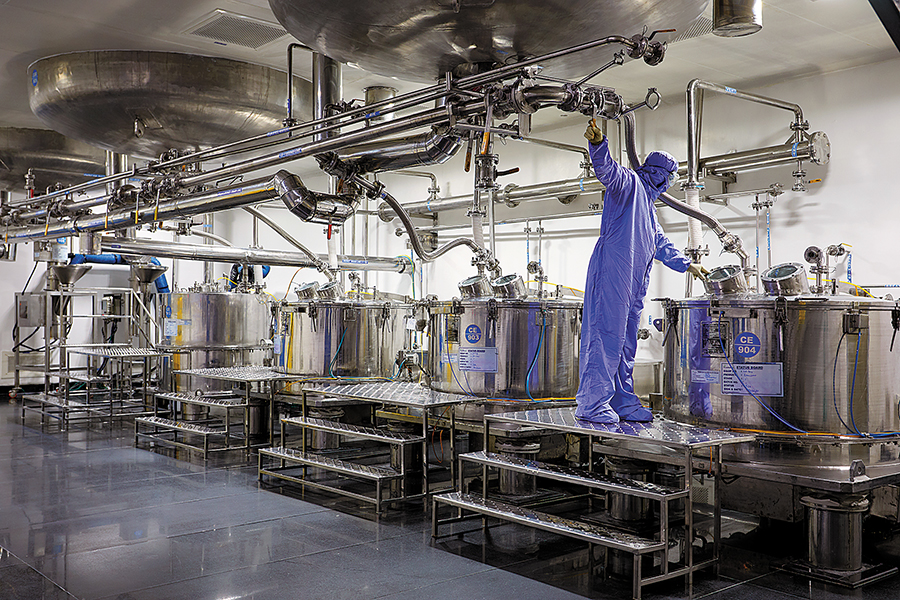 Starting up
Chava’s first job after college was as a researcher for Ranbaxy. In his initial years in the business, he knew that he’d spend a lifetime in the industry. He enjoyed chemistry and saw the need to broaden his experience in research. A stint at Matrix Labs afforded him that opportunity. In his eight years there, Chava worked across all departments, never skipped a promotion and rose to become its chief operating officer.

In 2006, on account of differences with the board, he left to start Laurus Labs with an initial seed capital of ₹60 crore. A chemist at heart, Chava planned to start providing research services, and a contract from Aptuit, a US-based contract research organisation, helped him get going.

By 2008, Laurus began its decade-long-and-counting journey in APIs. These are the chemicals or key ingredients in drugs required to make the medication work. An emerging area was treatment for retroviruses like HIV and the company focussed on this niche with efavirenz as its key product. It was the company’s hit product and till 2018 would contribute to 50 percent of revenues. Out of a global requirement of 3,600 tonnes, Laurus supplied 1,500 tonnes. That’s when Laurus was hit with its first business disruption that caught smaller players off guard.

A new drug with dolutegravir as the main API was found to have less resistance among patients. At the same time, the dosage of efavirenz was reduced from 600 mg to 400 mg and the company saw its sales fall to 1,000 tonnes. As a result, several players exited the market while Laurus doubled down on research and was able to maintain market share.

While he navigated this fork, Chava realised that the company needed to pivot fast. First, the antiretroviral API business was based on the tender system. The Global Fund and the US Presidents Emergency Plan for AIDS Relief controlled the market. Companies were assessed on their product, compliance, ability to supply and the certification of their products in various countries around the world. While Laurus regularly won business, it also realised that there is a cap on the margins. The number of HIV positive patients is also not rising the world over and therapies cover about 25 million out of a total of 35 million infected cases. Second, there was a limit to which an API company could grow. The largest API company in the world, Kyfei, has a topline of $750 million (₹5,600 crore).

Last year has also seen disruption in the API space on account of tightening environmental norms in China. Supplies from the country have been disrupted and several Indian pharma companies have seen their business for existing API products increase. One reason why margins for most Indian API makers rose in the last year was the shortage of Chinese supplies. “Expect some more competition to come into this space as the market finds an equilibrium,” says Shrikant Akolkar, institutional research analyst at Ashika Stock Broking.

As more global pharma companies look to diversify their supplies out of China, there is hope of some business shifting to India. What is playing out here is similar to what happened in the specialty chemical space over the last three years, resulting in companies like Vinati Organics, Atul and SRF among others quadrupling their business.

The market is bullish on the prospects for API manufacturing moving to India but the certification process takes 18 to 24 months. This has resulted in opportunities for Laurus, which over the last year has increased its vendor base to start making intermediates in India. (It still imports the key starting material from China.)

The company plans to get a 25 percent-plus global market share in 15 API products, up from the seven, where it has a 25 percent share at present. Add to that the move into oncology APIs that contributes 5 percent of sales. Oncology drugs usually don’t have pricing caps. If a drug shows increased efficacy, makers are able to charge more, leading to better margins. There is market talk about significant business coming Laurus’s way on account of a partnership with Natco Pharma. Chava declined to comment, saying that it is Natco that will drive the business and not them.

New Business Lines
Custom research and manufacturing services have become an emerging growth area for Indian pharma. Companies like Divis have seen success in this area while Syngene has dedicated itself to this business. Margins usually average above 35 percent and the nature of partnerships is long term. Akolkar points out that the returns on capital employed are the best in this business due to which Divis and Syngene trade at a premium to this industry. Companies, on their part, need to be agile. Scientists may have to be moved around quickly and a large bench strength is required.

Laurus has been growing this business aggressively in the last year and it now contributes 10 percent of sales. It works on phase 1, 2 and 3 clinical trials as well as contract manufacturing of drugs. The company has a tie-up with a European drug company but declined to share details on the nature of the relationship except to say that it has scaled up very fast. While it is too early to say how much the business can grow, the opportunity for Laurus and Indian pharma is large and will allow the company to improve margins.

Last is the forward integration that Laurus has done in the API space and started making off patent drugs for sale. The company has filed 26 abbreviated new drug applications (ANDA) in the US market as well as Europe, South Africa and the rest of the world. This formulation business, which has been under the radar for analysts so far and made up 36 percent of sales in FY20 compared to 2 percent in FY18, should give it the heft it needs to spread its wings overseas. These have better margins than APIs and give companies a more sustainable market share. Laurus has a capacity of 5 billion units a year in this space. With the high cost of filing ANDAs (the company spent ₹150 crore in 2018 for those filings), Chava is clear that he doesn’t want to apply indiscriminately and has no plans to file more than 10 ANDAs a year. “In this business, it is important to know what not to do,” says Chava.

For now, the market has given the company the benefit of believing that this growth will continue with rising margins. At a market cap of ₹11,500 crore, it trades at 66 times its FY20 earnings. With a return on capital employed at 14 percent, the company still has some way to go when compared to Divis or Aurobindo Pharma, but could get there as investments in the formulations businesses pay off, and the contract research and manufacturing services (CRAMS) business scales up.

The market has also been wary of Chava pledging his shares to purchase stock in Laurus Labs. There have been several instances of promoters losing control of their companies, with the case of the Chandra family’s loss of control over Zee Entertainment being the most prominent. Chava says while other promoters pledged shares in order to invest in other businesses, all his pledging was to increase stake only in Laurus Labs. It was a sign of his confidence in the company. When asked if he would buy at the current market price, he demurs, saying, “The market would think I am crazy if I did that.” He is in the process of unwinding his pledges.

At 57, he’s also aware of the key man risk to the business. His son Krishna heads the synthesis business and could be groomed. Succession planning is on his mind, but Chava still believes the company is a startup and will work this out in due course.