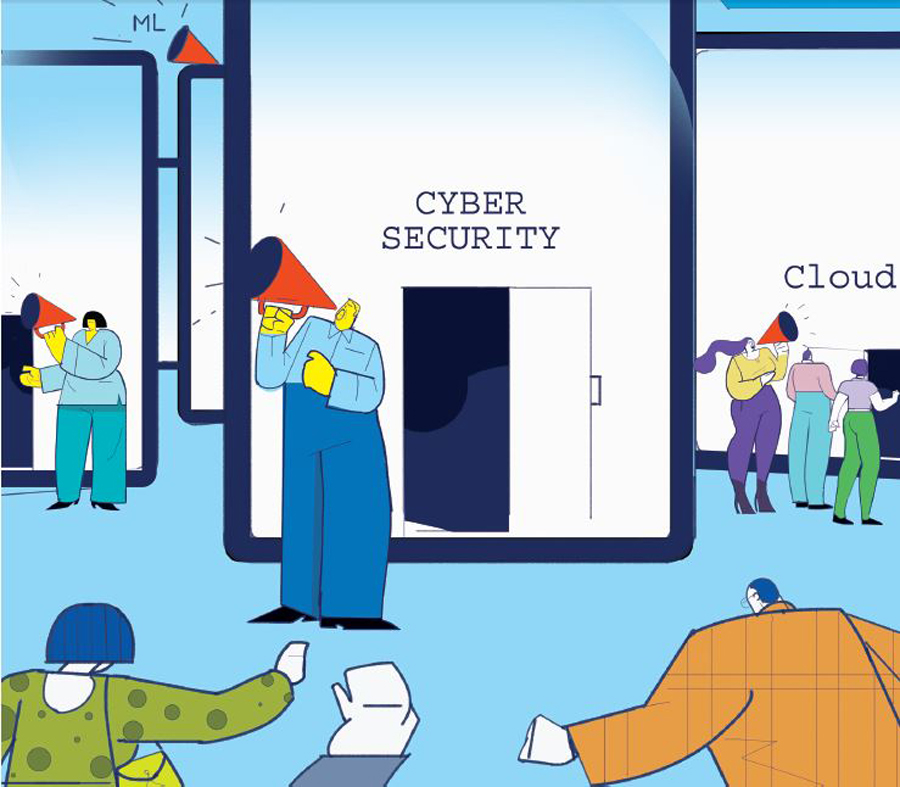 
Started in 2015, mobile app development company AppInventiv provides technology domains like blockchain, artificial intelligence, machine learning and Internet of Things to Fortune 500 companies. With over 500 engineers working under one roof, things became difficult for the company with the Covid-19 outbreak. “To ensure sustainability during the pandemic, we had to implement work from home ethics and it required a huge number of SSL VPN (virtual private networks) connections and a stable firewall that could support the remote connections with concrete security checks and uninterrupted connectivity,” says Peeyush Singh, COO of Noida-based AppInventiv. In the pre-Covid-19 era, employees worked from office and the previous firewall solution sufficed their needs. However, that was now not enough.

AppInventiv turned to cyber security company WiJungle for its needs. “WiJungle has minimised most of our day-to-day operational challenges. Besides safeguarding our server data, it has made it easier for employees to function remotely. It also committed to eliminating our dependency on other hardware as it claimed its appliance was a unified security gateway solution,” says Singh.

Cyber security players like WiJungle have seen a surge in demand for their products. “In the last three months, the surge [in cyber security] has majorly been due to work from home,” says Karmesh Gupta, CEO and co-founder at WiJungle, which saw a 360 percent year-on-year growth for the period between March and July compared to last year. While bigger companies already had VPNs and cyber security provisions in place, small businesses had to look for ways to help employees connect with the organisation in a secure way without data leaks and looked for products to do so. “All the risk around work from home typically escalated [the need for] MSMEs to go and procure the solutions around it,” he adds.

As work from home became the norm, small companies and businesses accelerated their adoption of technology to continue operating. And many turned to smaller tech companies instead of traditional giants.

Seventeen-year-old cloud computing firm Linode, which has 11 data centres across the globe and customers in India, and works largely with smaller firms and MSMEs, is another company that has seen a huge surge in demand.

“Since the last four or five months, we’ve been seeing a lot of customers from Tier-I, Tier-II and Tier-III cities, especially Indore, Bhopal, Jaipur and Cochin,” says Ashwin Kumar, director, data centre and cloud operations, Linode India, adding that the company has seen a 100 percent increase in demand in cloud, coming mostly from smaller cities. Most of the tech products were installed company-wide remotely and at a large scale. “With Covid-19, the surge happened almost instantaneously and we’ve seen a lot of companies jump onto the digital bandwagon,” Kumar adds.

As against an Amazon Web Services (AWS) or Google, companies have been turning to relatively smaller players for the service and pricing value they bring to the table.

“It’s been an amazing growth path for us because we have grown working with MSMEs that have been looking for alternatives to the larger cloud providers like AWS and Google,” says Blair Lyon, vice president, marketing, Linode LLC. “Our pricing is typically half of what Amazon or the big guys would charge.”

Cloud is one of the most important aspects for real-time web push notifications service, Feedify. The company started its operations using cloud provider DigitalOcean in early 2017, then switched to AWS in October 2018 and finally moved operations to Linode in January 2019.

“We are a bootstrapped startup, we do not have any funding right now. We were growing at a fast pace and that kind of memory and storage were not available with DigitalOcean. Due to high memory and infrastructure usage, we switched to AWS. It has a very good infrastructure but we were being charged double of what we are getting charged now at Linode... and because of costing, we had to switch from AWS to Linode,” says Ankur Phadnis, founder of Feedify.

“During the Covid-19 pandemic, MSMEs are seeking cloud software solutions to enable business continuity and return-to-work that are easy to buy, deploy and manage,” says Milan Sheth, executive vice president, IMEA, Automation Anywhere, a robotic process automation (RPA) company that allows organisations to automate processes that previously required human interference. The company works with thousands of MSMEs, and Sheth says technology is a core differentiator for their businesses to grow and scale. “For example, most MSMEs are heavily leaning towards ecommerce and global expansion as key levers for their growth. While doing so, they compete with the largest players in the ecosystem and technology ensures that level-playing field for them.”

MSMEs, he says, prefer local support, online buying and minimal customisation. “Most MSMEs seek a best-in-class product that will provide the maximum value. They are not worried about the size of the company they are dealing with to get the services,” he adds.

Over the past two to three months, they have seen an uptick of automation adoption across sectors, from enterprise to MSMEs, and among existing customers as well as new customers seeking work from home support and back-to-office solutions as the lockdowns were eased. “Now that companies have experienced the value of deploying technology, and as our economy starts growing, we foresee a massive demand coming our way,” says Sheth. 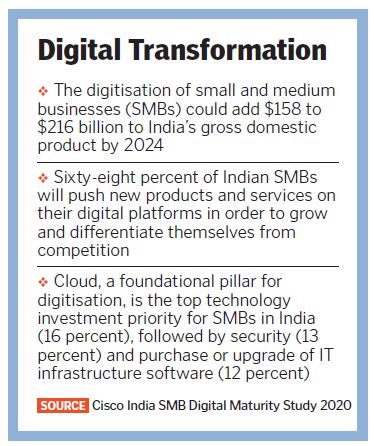 To target smaller businesses, Automation Anywhere also has a product called Community Edition, where it provides RPA services for free. Conversions from Community Edition too have seen an uptick.

Giants like SAP Software Solutions have been around for over 48 years, helping businesses with everyday applications. Amit Jhawar, founder of cloud-based Enterprise Resource Planning software firm Carbonshelf, too, is looking for his share of the pie by attracting the market without an upfront cost and a quicker turnaround time for updates. “Being a cloud-based service, we don’t need to maintain multiple installations of our product at client premises. A bug fixed for one company is available to everybody; an upgrade added for one industry is available to everybody using Carbonshelf,” he says.

But to choose a smaller firm over a large corporation also means giving up on the deeper pocket, R&D, the scope for greater innovation and most importantly, the brand name, says Professor Thillai Rajan, department of management studies, IIT-Madras, and founder of IIT-Madras-incubated Ynos, a startup that helps other early-age startups. The technology platform helps entrepreneurs understand the competitive landscape of startups, identify investors and obtain expert consultation. “When MSMEs opt for tech products by a smaller tech company, they lose out on the brand name associated with big companies,” he says.

A brand name brings credibility and assures investors and customers. Gupta of WiJungle agrees. “Having a good name in the market and online presence really matter, in terms of public relations as well. People will not think [twice] to spend a hundred rupees extra when they know a particular brand has goodwill and can offer credible solutions.”

However, considering the market, it will be cost that will be one of the key differentiators in the next few months. “Post Covid-19, the situation will be different. Cost optimisation will be a key factor for any MSME, startup or, in fact, any company,” says Kumar of Linode India.

With the surge in demand for tech in the past few months, some believe that industries have already utilised the demand that was to come in the future. “The industry has utilised the tech it would’ve required in the near future,” says Rajan. Lyon adds, “We have probably accelerated 10 years of innovation this last year.”

This might lead to slower growth of tech companies in the next few years and require them to innovate better and faster. Smaller companies will also require additional funding in the near future to compete with the industry giants. While simplicity and feature-rich software will drive growth, “a big part of growth”, says Jhawar of Carbonshelf, “will come through education—we need to educate MSMEs about processes and standardisations which will help them scale. We need to educate them about how software can help them simplify mundane jobs, so that they can have their team focus on actually doing business”.

Tweets by @forbesindia
Why work from home when you can work from Barbados, Bermuda, or...Estonia?
Facts you need to know about forex trading