Politickle: Taking on the establishment with memes, mashups and potshots

As political chatter sees a surge of traffic on social media, satire-themed pages say they will continue to fight misinformation even after the polls 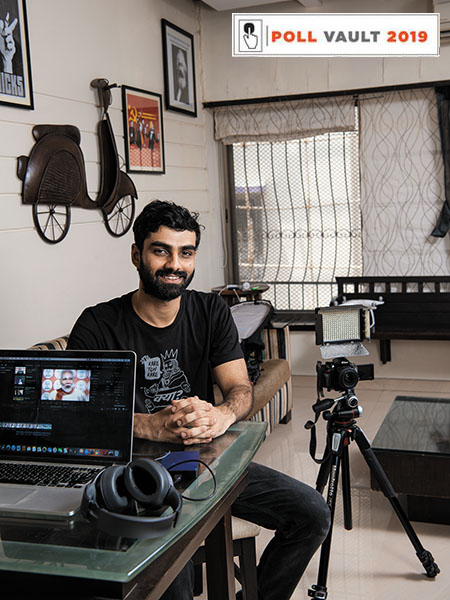 What the Bharatiya Janata Party (BJP) started in 2014 and the Aam Aadmi Party (AAP) picked up in 2015 has now become a definitive feature of the Indian polity: Elections are fought as much on the ground as they are on social media. Every election now puts the IT cells of political parties on an overdrive. Its magnitude can be gauged from Facebook’s Ad Archive Report for India released in March, which lists 16,556 political ads that went up on its various platforms since February, with total spend amounting to ₹4,13,88,087.

While social media has opened up a new front to rattle political sabers in, it has also spawned anti-establishment chatter, with visibility and reach like never before. Through memes, mashups, comedy and informative videos that take potshots at the powers-that-be, they have ratcheted up a vast fan following in their short lives. For instance, launched in 2015, Official PeeingHuman now has over 2,16,000 subscribers on YouTube and more than 54,000 followers on Instagram.

Ramit Verma (27), founder of Official PeeingHuman, left his job with Google to first create Hollywood and Bollywood memes, but soon shifted his focus to viral political content. “I enjoy making fun of people in power, because it feels satisfying. It feels liberating to humanise them from their position of power,” says Verma.

Famous for popularising catchphrases like “hum kare toh kare kya, bole toh bole kya [what can I do, what can I say]?” and “Waah Modiji Waah” in its videos, the page makes money by selling merchandise like T-shirts, freelancing, and working on standup comedian Kunal Kamra's Shut Up Ya Kunal. “While making Hollywood and Bollywood content, I had paid ₹5,000; never after that. I realised one viral video can pay [in terms of] traction and get more people to the page than sponsoring content,” he says. 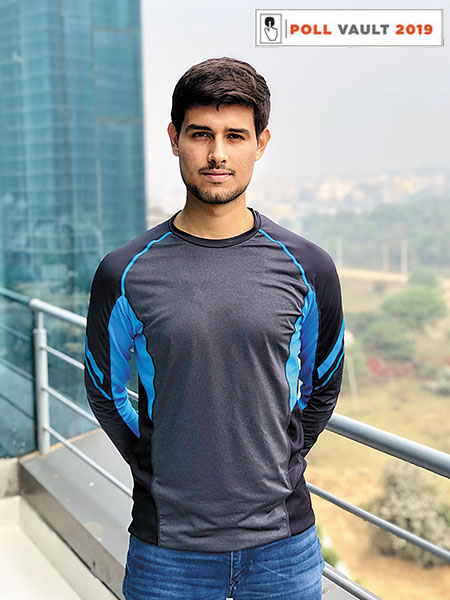 
Part of the young, anti-establishment brigade is Dhruv Rathee (24), a self-designated activist-journalist-artist who started creating political content on his YouTube page in April 2016. The channel now has 1.7 million subscribers. An engineer based in Germany, Rathee also writes on Facebook, Twitter and Instagram, picking holes in government claims and doing a granular analysis of media reports. His target is to go after the government rather than individual parties. “A journalist should always question the government and the establishment. I am biased in the sense that I post against the government. I don’t think anything’s wrong with it because the media is already going all-out against the Opposition,” says Rathee, who makes money through crowdfunding.

The anti-government, rather than the anti-party, rhetoric is well demonstrated by Rofl Gandhi, a page founded in 2011 by a businessman in his early 30s, wishing to stay anonymous. It started off as a hobby, with messages against the Congress, which was leading the UPA-II coalition at the Centre. It gained traction around 2014 and ramped up its presence as data charges plunged to a record low post-2016, taking internet beyond urban reaches. But once the BJP came to power with the 2014 elections, Rofl Gandhi pivoted from a Congress- to a BJP-baiter. “I know many who started their page against the Congress government, and became directly affiliated with the present government,” he says.

Political commentator Shivam Vij says: “Political humour has to be anti-establishment. I have seen pages die because they couldn’t adjust after the 2014 elections. There are other pages that kept insisting they aren’t aligned to any party, when it was later found out that they were.” 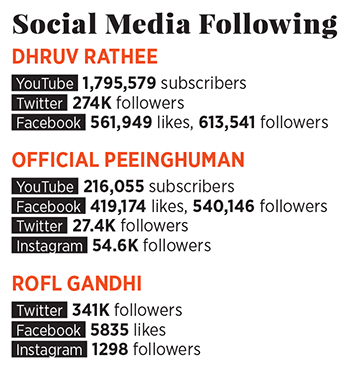 The content for all these pages, derived from everyday news, election campaigns, political debates and exit polls, is generally created and uploaded on a daily basis without much of a formal plan. But beyond the regular political brief, these platforms also look to pull down articles of blind faith and beliefs. “I hate any kind of cult following. I have created videos on logical fallacies and andh-bhakti [blind faith]. I try to tell people, don’t follow me [blindly]. There will be times when I make mistakes, it’s unavoidable,” says Rathee.

Bias and payoffs are allegations that anti-establishment warriors on the web often have to face, more so because most of these pages came into existence after 2014, once the BJP came to power. Verma of Official PeeingHuman has been accused of creating content only against the ruling party while Rathee’s volunteering with the AAP in 2015, has been frowned upon. But Vij says, “Unlike the pro-BJP pages, these pages do not praise Rahul Gandhi. As they criticise the BJP, they do not praise the Congress either.”

Adds Rathee, “If, on one hand, there is a politician from the Congress caught in an IT raid and, on the other, the BJP, which legalised corruption through electoral bonds and made every single political donation more opaque, which issue is more important?”

Verma, too, stridently refutes it. “Not a single party has ever contacted me. I have made memes on Arvind Kejriwal, Narendra Modi, Rahul Gandhi and even Asaduddin Owaisi. Modi has the most power anyone in India has had for a long time. So, I enjoy making more memes on Modi.”

Humans of Hindutva, though, a “silly parody page” as its founder calls it, has a slightly different approach, perhaps best explained by its genesis as a platform to showcase the “absurd arguments” of his nationalist friend. It isn’t affiliated to any party, but openly claims to be anti-BJP, and says it doesn’t have a problem with the party, but its ideology. “I am for equal rights to all Indian citizens; the BJP and their allies are not. I am for peace; they are for war. I am for communal harmony; they are for communal divide. That’s the crucial difference,” says the founder of the page.

Pro-government platforms, such as I support Narendra Modi, The Frustrated Indian, Bharat Ke Mann Ki Baat and Nation with NaMo, did not respond to queries from Forbes India.

While these platforms have witnessed a surge in traffic ahead of the elections, where would they be once the polls are done and dusted? Most of them want to continue targeting misinformation and prejudices. “I don’t care who wins the election because a poisonous ideology has spread in India in the last decade and it’s not disappearing anytime soon. No matter who wins, it is going to sustain for a while and I will try my best to counter it by ridiculing it,” says the founder of Humans of Hindutva.

Verma would also like to carry on, irrespective of who is voted in: “For me, it is very empowering knowing that there are lakhs of people I can reach with my content and opinions. That is too empowering to not continue in future.”

Tweets by @forbesindia
Dragon's claws
Podcast: How Naresh Goyal ran out of luck