Chaudhary's YouTube channel 'Technical Guruji' has 15 million subscribers. Its popularity has sky-rocketed not just for its tech reviews, but also because Chaudhary explains simply just how the technology works 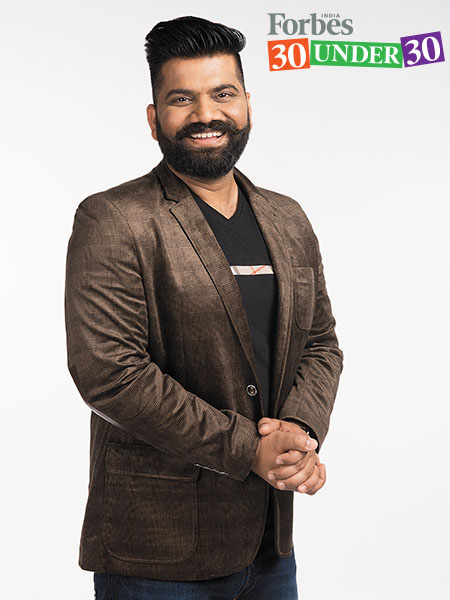 Gaurav Chaudhary introduces himself in most of his videos with, “Namaskar dosto… (hello friends)”, but his next line, “chaliye shuru karte hai (let’s start)”, encapsulates what he proceeds to do: Introduce people to the ins and outs of technology.

Chaudhary, who had always been interested in all things tech, started learning programming languages early in life, and discovered YouTube in 2007. After completing his master’s in micro electronics from Dubai in September 2015, he joined his family business, but nurtured his hobby on the side by launching his YouTube channel ‘Technical Guruji’ in October. On the channel, he spoke about technology—not just product reviews, but also concepts and how tech worked, and uploaded videos in Hindi to expand reach.

Technical Guruji caters to 15 million YouTube subscribers and is the largest tech YouTube channel in India, while Chaudhary, who writes, creates, edits and uploads the videos, is the second-most subscribed tech-YouTuber in the world. He also has a personal vlogging channel that, with 3 million subscribers, is India’s largest vlog.

He has a library of approximately 2,700 videos. “There’s one video in the morning talking about new technology, a product, an unboxing or a mix of everything and the evening video is a 10-minute tech-news show that gives the latest global updates,” he explains. On Sundays, Chaudhary creates an interaction video to answer questions his subscribers pose on Twitter. “There have been times when I have shot a video in an airplane, edited it and uploaded it on the flight’s Wi-Fi,” he adds.

“Gaurav is passionate about his work. He is focussed which gives him a stronghold on his audience. There have been multiple cases when Gaurav has collected feedback from users and conveyed it to us... that has helped us build a better product,” says Madhav Sheth, vice president of Realme and CEO of Realme India.