Mister India: Inside Xiaomi's transformation into a Made-in-India brand

Manu Jain has pulled out all stops to project the born-in-China Xiaomi as a made in India label, but is there a flipside to building the brand around an individual? 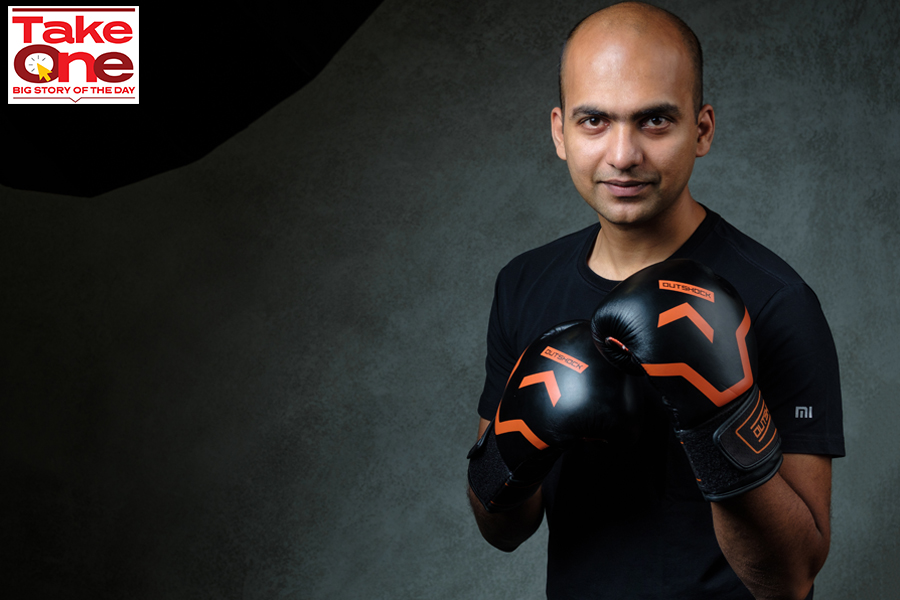 Manu Jain, the Global VP of Xiaomi and the Managing Director of Xiaomi India. Photo by: Nishant Ratnakar

May 2020, Bengaluru
It was a question based on perception. “Who do you think is the biggest monster in the ocean,” the seven-year-old lobbed an innocuous query at Manu Jain on a placid Sunday afternoon. For the doting father, an alumnus of IIT Delhi and IIM Calcutta, it was a no-brainer. “It’s a shark,” the 38-year-old smirked. “Is it a whale?” he took another wild shot after a pause. The young kid, who started discovering the wild and aquatic life on the planet during the lockdown last year, was not impressed. “Wanna try again?” he asked. Jain appeared to be slightly lost.
The managing director of Xiaomi India was distracted. Jain’s mobile phone kept buzzing intermittently: WhatsApp messages continued to pop up on the bright screen and relentless email notifications choked the inbox. The country was under the first spell of lockdown, which had just entered the first week of May after a month of shutdown in April, and there was no respite yet. “April was zero for all,” recalls the global vice president of Xiaomi, the biggest smartphone player in India. “Everybody performed equally well. All were No 1 in April,” he smiles. Well, that seemed to be the perception.

The reality, though, remained that Xiaomi still had the crown. In the first quarter of last year—January-March—Xiaomi posted a 31 percent market share, a sequential rise of 3 percent and year-on-year jump of 1 percent, according to Counterpoint Research. The second and third in the pecking order—Vivo and Samsung—were at 17 percent and 16 percent, respectively. Though 2019 was a milestone year for Xiaomi—selling 100 million smartphones in five years since 2014—last April the reality was ‘zero’ business for all, including Xiaomi.
In the second quarter of 2020, the smartphone market dipped by 50.6 percent year-on-year to 18.2 million units, down from 36.8 million units a year ago, according to market tracker firm IDC. The top three in the pecking order were Xiaomi with a 29.4 percent share, Samsung with 26.3 percent, and Vivo with 17.5 percent.
“In May and June, we did a very small fraction of what we usually do,” says Jain. If you look at IDC or Counterpoint numbers, you will see that the market was much smaller. “Second quarter was probably the toughest period from a business perspective,” he adds. Xiaomi’s overall shipments volume fell by 48.7 percent year-on-year to 5.4 million units.
It seemed like business as usual during the beginning of this year. As the country got out of the lockdown mode, Xiaomi witnessed healthy demand driven by the growing need for devices per household and the need to upgrade existing gadgets.
Then came the second wave gate-crashing into the party. “Currently, with different cities going under a lockdown, we continue to assess the situation and impact that the second wave of Covid-19 will have on life and business,” says Jain. The company, he adds, has been proactively working with its partners in hiring additional workforce to tide over short-term challenges such as absenteeism in case of localised lockdowns or restrictions. The experience of lockdown during the first wave last year, he feels, has made the company better prepared in managing supplies and expectations of consumers this time. 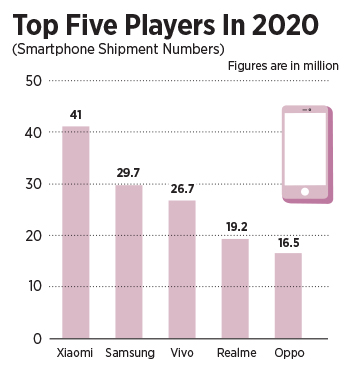 Tweets by @forbesindia
Update on WhatsApp's new policy deployment in India; AT&T's new media deal; and Saankhya Labs' Parag Naik on why he is already looking at 6G
Censorship, surveillance and profits: A hard bargain for Apple in China