'We are greedy for growth, not profit': Manu Jain

From being ridiculed for its 'eccentric' India debut as an online-only smartphone brand to selling 100 million mobile phones in five years, Jain has also steered Xiaomi to pole positions in smart TVs, wearables and power banks 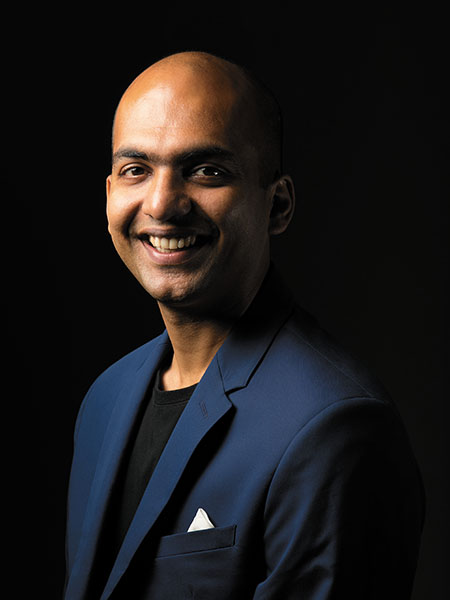 India, wear his heart on his sleeve. “It’s not been an easy journey,” he confesses. From being ridiculed for trying to do something ‘eccentric’ when Xiaomi made its India debut as an online-only smartphone brand in 2014, to being billed as ‘mad’ for nursing ambitions to become the biggest in India, to selling 100 million smartphones in five years, Jain has made Xiaomi not only the biggest smartphone brand in India but also helped it take pole positions in three more categories: Smart TVs, wearables and power banks. “It has been a roller-coaster and there have been days filled with dread and excitement,” he says. Excerpts from an exclusive interview:

On taking on South Korean and Japanese brands
I have huge respect for these guys. I grew up on many of these brands. But what they are doing is that they want to sell hardware... their job gets over once they sell the hardware. Our job, in contrast, starts after we sell the hardware. Take, for instance, TV where we have over 7 lakh hours of content. This is something no other brand has ever done. Our aim is not to make money by selling a TV. We actually sell TVs almost at cost, and keep a tidy margin. The aim is to make money from content.

On his relationship with Lei Jun
Lei Jun and I have an understanding that we will meet at least once in a quarter. So every quarter either he flies to India or I go to China. Typically, at the beginning of the year, we discuss the yearly plans. As long as we adhere to the plans, India has full freedom to do what it wants to do. Lei Jun is pleasantly surprised (by India’s progress). But he always believed that this is achievable. In fact he believes that we still haven’t fully achieved what we can in India, or wherever we are.

On customising TVs for India
We had to redevelop the TV end-to-end both from the hardware and software perspective. One of the biggest differences between China and India in TV viewing is that in China most of the people watch TV at night. In India, people not only watch TV at night but a significant amount of viewing also happens during the day by homemakers. And hence the brightness requirement in China is different from India. So we had to customise the brightness level for our TVs in India. The second change was done in sound. Most viewers will never go to the maximum sound but for some reason they want a loud sound. So we had to amplify the sound of our TVs for India. which is different from our sound in China. The third customisation was in the number of USB ports, which is much higher in India. People here are still using dish TV, cable TV, USB pin, firestick and many other things. So the number of connections that people want in India is higher. Now all of these may look like simple things. But it’s almost like redesigning the entire TV.

On getting into trimmers and personal care products
Though it (trimmers) is an established category and has players like Philips, it’s not big in terms of volume. Imagine, within a day of launching it on Mi.com and Amazon, we became the largest selling trimmer on Amazon by a huge margin. We were four to five times the second biggest brand. And we just had one model, as compared to multiple ones by other brands.

On the dynamics of the smartphone segment
On an average, phones take 9-10 months to hit the market. We have already started with our planning for Diwali next year. In industries such as automobiles, once you capture 30 percent, 40 percent or 50 percent market share, you can be assured about the next few quarters. You will continue to have a good market. But in phones, because the degree of innovation is so high, one can never assume that just because you’re No 1 today you will be No 1 tomorrow. Things can drastically change every quarter.

On why profits aren’t a priority
We are not greedy for profit. We are greedy for growth. If you look at many of the great companies in the world, they have a long-term perspective on how to make money. But they’ve never been greedy. Take, for instance, companies such as Walmart and Amazon. People trust them because they know they will get the best product at the best price. This trust is important. So you can sell a product and make huge profit, and this can work out if you have a distinctive product. But in today’s world, if you want to be sustainable and want people to continue buying your products, trust is a lot more important.

“ Five years down the line,  I hope we’re known as an AI plus IoT brand, rather than just a smartphone brand.”

On potential threats
A big threat would be competition. I wouldn’t want to call out any specific names, but I know for a fact that what we have done to other brands—we innovated at a fast pace—can be done to us. So, let’s not be stupid to assume that others cannot succeed or are not smart enough. It’s foolish to assume that we will always be the smartest.

I think the biggest threat for us is internal. If we start feeling that we have achieved and arrived in life, that’s when we start taking things lightly. That’s the moment when probably we’ll start seeing a decline, because this is one industry which requires you to always think ahead of competition.

On chances of the disruptor getting disrupted
Of course, yes. It’s 100 percent true. This is because I have never seen any other industry that is evolving as fast as smartphones in terms of innovations. Three-four years ago, we launched Redmi Note 4G, which was the first 4G phone in the country. It was a 5.5-inch phone. People said you’ve gone crazy. It turned out to be a great hit. Today, when we launch a 5.5-inch phone, people say ‘it’s too small’.

On handling pressure
My mother taught me when I was in school that a person should be satisfied enough to be happy, but dissatisfied enough to progress. And the beauty of life is, if you’re on either of the extremes, it’s not a balanced life. If you’re always happy and you’re not satisfied, it means you’re not striving hard to go to the next level. And if you’re always unhappy and grumpy about what you have, you may keep achieving more but you will never be happy. So, yes, some sort of pressure is required so that you can continue to achieve better. And what we can do as leaders is ensure that you’re not passing on that pressure to team members.

On the toughest part of the job
The toughest part is that it is a lonely job. So even if you have pressure and things are going wrong, I can’t go to the team and say, ‘Oh, things have gone wrong and now everything is doomed!’ You have to be optimistic irrespective of the way things are. It is lonely and you can’t pass on that pressure, but that’s also the fun part of the job.

On life after five years
We are beginning to diversify into many categories. Five years down the line, I hope we’re known as an AI plus IoT brand, rather than just a smartphone brand. We build a lot more AI into everything that we do, except for maybe pens and T-shirts. But in all our big categories, we introduce AI and try and make everything smart. Of course, smartphones will be a big part of it, but I would be happier if we were known as an IoT company and not just as a smartphone company. We make devices smarter, but we can’t claim to be smartest.

Tweets by @forbesindia
Juul replaces its CEO with a tobacco executive
Hypertension in Indians: A chronic risk factor