Juul replaces its CEO with a tobacco executive

After frantic days of internal meetings, the vaping company announced that its current chief executive, Kevin Burns, would be replaced by K.C. Crosthwaite—a top official at Altria, the cigarette giant that bought a 35 percent share in Juul for $12.8 billion in December 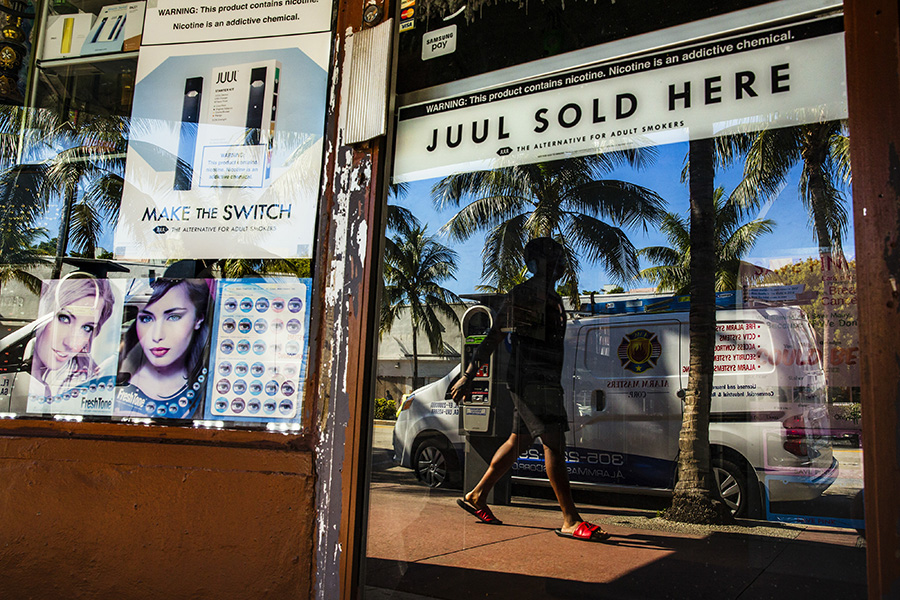 A tobacco and e-cigarette shop in Miami Beach, Fla., Dec. 18, 2018. The chief executive of Juul Labs, Kevin Burns, the dominant e-cigarette company that has been the target of public and regulatory outrage over the soaring use of teenage vaping, stepped down on Sept. 25, 2019. Image: Scott McIntyre/The New York Times

Tweets by @forbes_india
Amazon wants Alexa to move far beyond the living room
'We are greedy for growth, not profit': Manu Jain