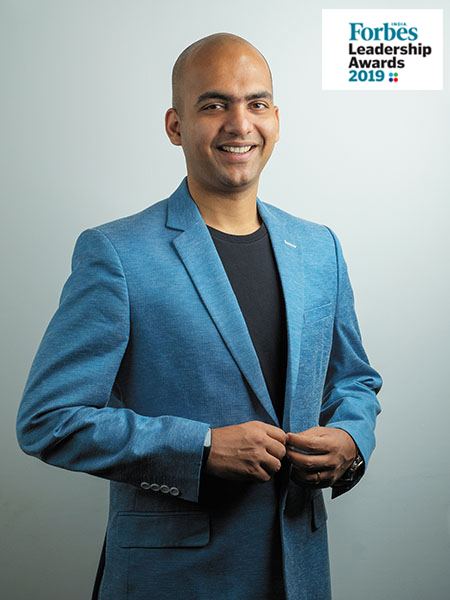 A strong streak of success, at times, can have a delusional impact. Manu Jain realised this three years ago. From a meagre 1.6 percent market share in smartphones in 2014, Xiaomi had become the second biggest brand in India by early 2017. For an online-only brand, cornering a 13 percent share and running hot on the trail of South Korean Goliath Samsung was no mean feat. Whatever Jain was doing was turning into gold.

Emboldened, Jain reckoned it was time to raise the stakes by taking Xiaomi offline. While Mi Preferred Partner stores—multi-brand retail stores that sell Xiaomi products on priority—were started in March 2017, Xiaomi rolled out Mi Homes two months later in Bengaluru. Mi Homes are exclusive retail stores owned by franchisees and operated by Xiaomi. By the end of the year, the numbers pole-vaulted to 500 Preferred Mi Partner Stores and 10 Mi Homes. Success, as it turned out, was still elusive. “For one year, we struggled with our offline strategy,” recalls Jain, global vice president of Xiaomi, and managing director of Xiaomi India. The magic of Xiaomi as an online brand, he recounts, couldn’t be replicated offline. “It was a disaster. Nothing turned into gold.”

Undeterred by the early setback, Jain continued with his offline play. But the results were the same. “We made a lot of mistakes in the offline journey,” he confesses. Reason: Jain tried to replicate what other brands were doing offline. “We were not playing to our strength,” explains Jain.

Such acceptance and a subsequent course-correction worked wonders. Xiaomi’s offline foray is one of its biggest success stories in India. From 1 percent offline market share in 2017, Xiaomi now has over 22 percent of the pie, making it No 2 after Samsung in that space.

The expansive offline play of the largest smartphone brand in India now—75 Mi Homes, 2,500 Mi Stores, 25 Mi Studios, and 6,000 Mi Preferred Partner stores—is set to get bolder as Jain sets an ambitious target. “Offline has been one of our biggest success stories in the last two years,” he says, underscoring why cracking offline was crucial for the company. While 60 percent of the mobile handset market in India, he explains, is still offline, a staggering 90 percent of consumer durable and electronics are bought in brick-and-mortar stores. “While online gives you a huge leap, continuous growth can come only if you have cracked offline. Both have to work in tandem,” says Jain, adding that Xiaomi still gets 60 percent of sales from online. The target for the next year is 50 percent each.

For an online brand, with no experience in brick-and-mortar, the offline road was paved with mistakes and learnings. “It was trial-and-error to begin with,” says Jain. The first big mistake, he lets on, was trying to be all over the place. Brands like Samsung and Vivo were selling through 1,000-1,200 shops in Bengaluru, and Xiaomi duly followed. “We started giving our phones to everybody (retail stores),” he says, explaining the genesis of the problem. The brand turned promiscuous, and retailers, especially bigger ones, became more demanding. From demanding multiple demo phones, freebies, marketing spend and fat margins, retailers tried to extract whatever pound of flesh they could. “Ours is a low-margin business. We could not afford to burn so much money,” Jain adds.

He tried to fix the problem by getting rid of big retailers, and co-opting the smaller ones.

The solution, though, turned out to be the second mistake. Another quick fix was getting hold of even smaller retailers. “We tried three or four times but with little success,” Jain recounts, explaining that the error lay in the diagnosis of the problem. “We kept believing that the mistake was ours because an online-only company can’t understand offline.”

Jain went back to the drawing board and redevised the strategy. The game, he resolved, would be played according to the new rules set by him. The first big move was to undo whatever Xiaomi had been doing. One single store was identified in one market, and the rules were made explicit to the retailer: No money for promotions, hoardings, or marketing. What Jain offered as bait was access to all the products, and exclusive rights to sell Xiaomi. While most of the retailers found the idea amusing, many refused to be a part of the ‘crazy’ plan. Jain didn’t budge and had his way. From Bengaluru, he spread to a couple of other markets with the same strategy.

Xiaomi’s new offline gambit was beginning to show results. With 500 Mi Stores, 50 Mi Home, and 2,000 Mi Preferred Partner stores, the Chinese smartphone brand was running full steam and complementing its strong online play. With the twin engines firing, Xiaomi was able to dethrone Samsung by the last quarter of 2017. The turning point in Xiaomi’s offline play came last November when the smartphone brand opened 500 Mi stores in rural India in a single day. “It was a Guinness record for opening the maximum number of stores in a day,” says Jain flashing a grin. However, it was not the record that made him proud. It was a strong sense of self-belief that the offline beast could be tamed, and the market could be cracked. “There has been no looking back since then,” he says. Online, Jain lets on, was the comfort zone for Xiaomi. “You need to step out of the comfort zone to grow.”

The gap between the leader and the former No 1 has only steadily widened. According to the latest IDC India report tracking this fiscal's third quarter (July-September) of the smartphone market, Xiaomi had a 27.1 percent market share, followed by Samsung at a distant 18.9 percent. Xiaomi, the report adds, recorded its highest ever smartphone shipments in a quarter with 12.6 million units, growing at 8.5 percent year on year.

Those who have known Jain and worked with him in the past have few doubts about his ability to come from behind and deliver. Praveen Sinha, a serial entrepreneur who co-founded online fashion etailer Jabong with Jain, vouches for his former colleague's penchant for new battles. “Jabong was the epitome of challenging the status quo,” says Sinha, who was Jain’s junior at IIM-Calcutta and at McKinsey & Company. While we wanted to sell fashion online, he says, the country believed in the offline retail model. “Manu challenged the normal and was able to deliver in the digital space with amazing success,” says Sinha, who has always been impressed with the way Jain set his goals. “He came across as an entrepreneur who would stop at nothing, and always aspire for the next goal,” adds Sinha.

Jain’s successful stab at executing the online-offline model for Xiaomi is an extension of what he did during his previous stints. It’s also a reflection of his personality. “His personal belief of always breaking out of his comfort zone and challenging what's normal is what makes him a great leader,” says Sinha. What is most remarkable about Jain as a leader, he adds, is his quality to let the team make mistakes and keep challenging them to break out of the 'usual' mould. 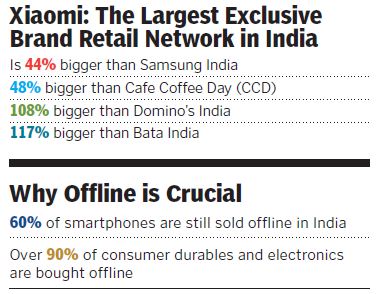 Marketing gurus also praise Jain’s leadership traits. Taking a brand from online-only to omni-channel is a challenging journey, says Abraham Koshy, professor of marketing, IIM-Ahmedabad. Cracking the distribution system without parting with significant margins is a difficult proposition and Xiaomi has successfully negotiated this challenge. “Jain has provided Xiaomi the leadership to make it big in India,” he says, explaining the nuances of an online-offline play. While an online presence, he lets on, in a category dominated by online brands is essential for bringing in sales and visibility, an offline presence supports the online presence by creating credibility and word-of-mouth by intermediaries and trade influencers. Developing a physical presence in offline trade needs "walking-the-street" to cover markets. “And this requires leadership to strategise and manage the sales team,” he says, highlighting the biggest quality of a leader: Spotting opportunities.

Xiaomi, under Jain’s leadership, has made a transition from a smartphone brand to a ‘smart’ electronics consumer durable maker. From selling smartphones to having a sizeable presence in over 12 segments as diverse as routers, smart air purifiers, shoes, lifestyle products like backpacks, luggage, T-shirts, audio products and trimmers, Xiaomi has broad-based its play in India, which happens to be the company's biggest market after China.

Jain, for his part, says Xiaomi is still in its early days in India. “We have just scratched the surface,” he says. Ask him about his journey so far, and he keeps the reply simple: Humbling and full of mistakes. “It's okay to make mistakes. But it's not okay to repeat them.”

Tweets by @forbesindia
Comic: Welcome to the Maha-circus
Diabetes: Fueling the Epidemic of Hypertension