What if markets maximised both efficiency and fairness? 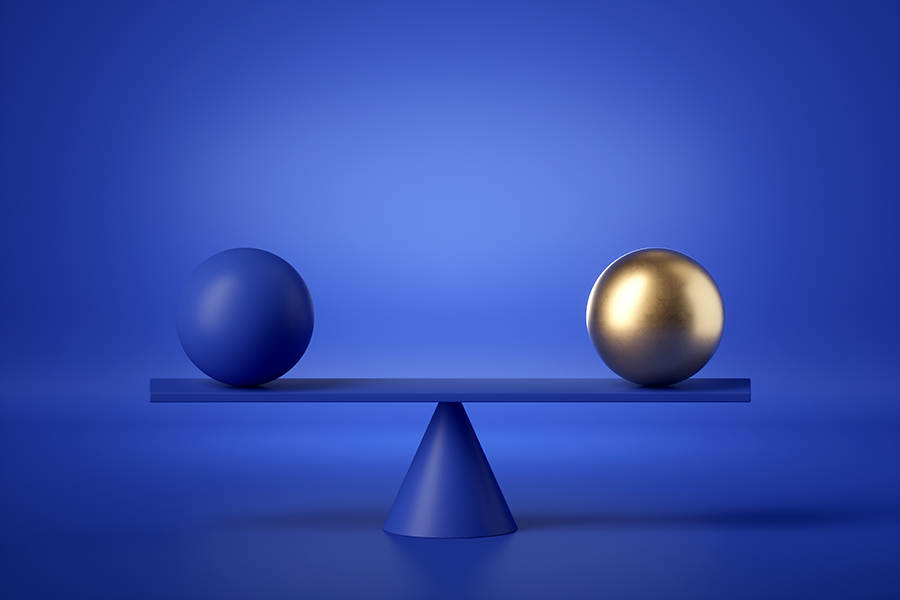 Classical economic theory holds, when there is inequality, a carefully regulated market not only produces fairer outcomes than a free, competitive market, but it does so more efficiently Image: Shutterstock

If traditional economics can be boiled down to one idea, it’s this: Competitive markets, by maximizing supplier and consumer surplus, are the most efficient way to distribute goods.

“But then, all of a sudden, economists make this jump from the idea that markets maximize surplus to the idea that they maximize total welfare,” says Mohammad Akbarpour, an associate professor of economics at Stanford Graduate School of Business. He has doubts about that equivalence, as it’s built on the assumption that money has the same value to everyone: effectively, that $100 means the same thing to Bill Gates as it does to a family on the brink of eviction.

“What if we drop that assumption?” Akbarpour asks.

He does just this in a new theoretical paper coauthored with Piotr Dworczakopen in new window, a former PhD student at Stanford GSB, now at Northwestern University, and Scott Duke Kominersopen in new window of Harvard University. They find that, contrary to what classical economic theory holds, when there is inequality, a carefully regulated market not only produces fairer outcomes than a free, competitive market, but it does so more efficiently. On a practical level, this suggests that properly designed redistributive regulations like subsidized housing or minimum wages, which are often accused of being inefficient, can, in fact, outperform a competitive market while also generating fairer results.

That finding might surprise both fans and skeptics of market-based solutions. And Akbarpour realizes it requires a different way of thinking about the intersection of economic theory and policy. “When we started this project, almost everyone I talked to was against this idea, in part because of the philosophical case that you don’t know what’s happening in the brain of Bill Gates,” he says. “But if I were a policymaker thinking about the optimal way to run or regulate a particular economy, I’d feel pretty comfortable assuming that one dollar has less value for Gates than most other people.”
Tweaking the Basic Model

The standard microeconomic model of trade has buyers who want to buy and sellers who want to sell. Most simply, finding the maximum welfare of this marketplace requires summing up the welfare of everybody involved in all possible outcomes. This is made easier by assuming that everyone values money equally and, consequently, how much you are willing to pay for a good or service is a useful measure of your true need.

Yet that’s often not the case in the real world, where some people can’t afford the things they truly need, like housing or healthcare. In these cases, Akbarpour says, we should think about who might benefit most from a well-designed market: A dollar means more to a poor person than a rich person, and so we can prioritize dollars that go to poor people. “Another way we might think about this model is that we care more about the utility of Individual One than we do Individual Two,” he says. When we put more weight on the welfare of Individual One, the ideal outcome looks different than that predicted by a classic free market.

However, this logical step presents a new challenge: How do you ascertain the value that different people ascribe to money?

Economists typically avoid this question. If one person is willing to pay $10 for a Taylor Swift concert ticket and another person $100 for that same ticket, how do you know whether those prices signal personal preferences or relative wealth? “How do you know a person’s true need?” Akbarpour asks. “That’s the challenge we face in a model like this, and perhaps the most important economic idea in this paper is that it depends on the object that you’re talking about.”

People have vastly different preferences when it comes to music (or food or clothing), which make the prices they’re willing to pay in these markets difficult to interpret. Yet consider something more urgent, like cancer treatment, Akbarpour says. If two people have the same illness, then it is safe to assume they have a comparable desire to get the best medical care. If one person can pay $100,000 for treatment, and the other $10,000, then this discrepancy contains useful information.

“The standard model in economics would say that the first person gets 10 times more value from the treatment,” Akbarpour says. “We instead say you can probably infer that the second person is poorer than the first person, and that they value cash more.”

In this way, markets for essential goods can actually illuminate who has greater need. The next step is figuring out how to address this need by designing markets that are maximally responsive to considerations of both equity and efficiency. Should regulators establish price controls, like a minimum wage or rent control? Should they simply use the market to transfer money from rich people to poor people? Some combination of these two?
Building More Equitable Markets

Akbarpour and his colleagues find generally that when inequalities exist across market participants — that is, between buyers and sellers — money should be transferred from one side to the other. When inequality exists within one side of the market — among sellers or buyers only — then some kind of price control can optimize the market.

“This is clearly relevant for policy,” Akbarpour says. “Our goal was to provide a recipe for regulators to think about the key parameters and data they would need to tailor their decisions toward redistributive goals.” The insights from this paper provide a model by which measurement of the variation in how people value a particular good along with the inequality present in a marketplace can be used to determine the best regulatory intervention in that market. (Akbarpour notes that in countries with less economic inequality, like Switzerland or Sweden, these market-based interventions might prove less useful.)

He offers the example of rental housing. Landlords are generally wealthier than prospective tenants, so inequality exists between sellers and buyers. There also tends to be inequality among buyers, as different consumers can afford vastly different monthly rents. Under these circumstances, the model created by Akbarpour and his coauthors suggests that a combination of price controls and transfers would be ideal. Planners might look at a carefully implemented public-housing option alongside, for instance, a tax on rental transactions that is used to subsidize low-income renters.

These findings, Akbarpour notes, bear particular relevance for regulators at the local level who often don’t have access to tools like taxation when trying to tackle challenges of inequality. In such cases, Akbarpour and his colleagues suggest that the market may be an equally powerful lever for improving welfare.

While the idea that maximum efficiency and equity aren’t mutually exclusive bumps up against some of the tenets of classical economics, it still relies on markets to achieve an optimal outcome. As Akbarpour and his coauthors explain, “the proper social response to this problem is not banning or eliminating markets,” but rather designing markets that can effectively distribute goods without ignoring inequality.