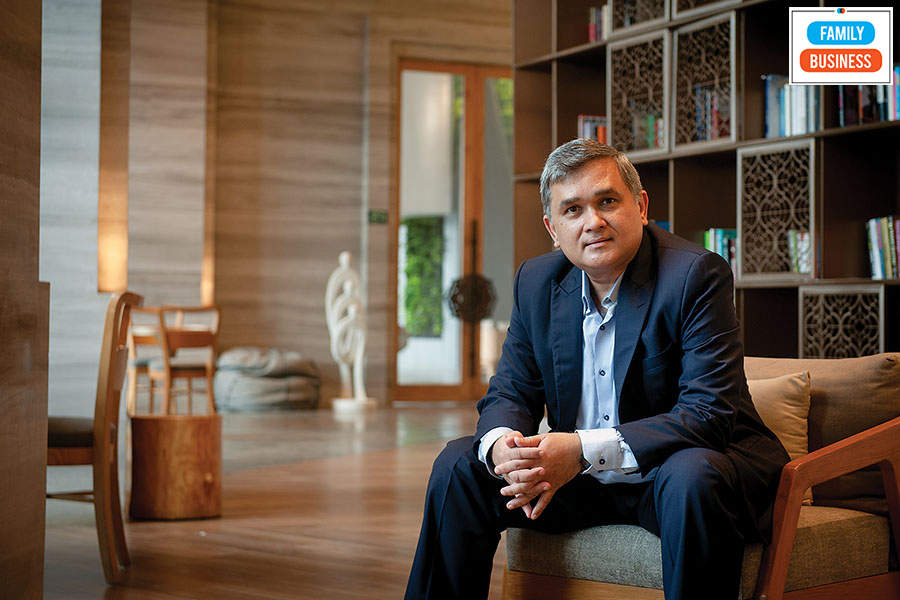 I’m looking after the India rollout; Ashish is looking after the international business and fundraising. But there are no silos: Anish Tripathi, co-founder and coo, Tzar labs
Image: Neha Mithbawkar for Forbes India

It was back in 2019 that his much-celebrated brother-in-law Himanshu Roy, the high-profile officer of the Indian Police Service, committed suicide after a long battle with cancer. Roy, the former head of the Maharashtra Anti-Terrorism Squad and a former joint commissioner of police in Mumbai, had handled numerous cases, including the Indian Premier League betting scam and the murder of Mumbai journalist J Dey.

At the time of his death, he had left a note saying he was taking the step out of extreme depression due to an incurable cancer.

“He was one of the most inspirational people I have met in my life,” says Ashish Tripathi. “One of the most poignant things that he had actually said to me was that this disease (cancer) is becoming a disease of the rich. What are the poor supposed to do? If you just look at the cost of the medication, it’s just too high.”

That’s precisely why this year has been rather bittersweet for the Tripathi family. Tzar Labs, promoted by the Tripathi family, which includes brothers Ashish and Anish along with their father VK Tripathi, claims to have come up with a simple blood test that can indicate with a very high degree of probability when cancer is imminent in a person. For now, the test needs to be taken annually, and based on a score measured in HrC, named after his brother Himanshu Roy, the number will suggest how vulnerable a person is to cancer, and the type of cancer and the organ it will most likely affect.

“The only lasting solution in the case of cancer is to detect the disease early,” Ashish, a former investment banker and the CEO of Tzar Labs, tells Forbes India. “HrC stands for Himanshu Roy Cancer Test. That is something very emotional and important to us as a family and shows you that wherever this particular test goes, whichever country it goes to, it’s going to be called the HrC test.” 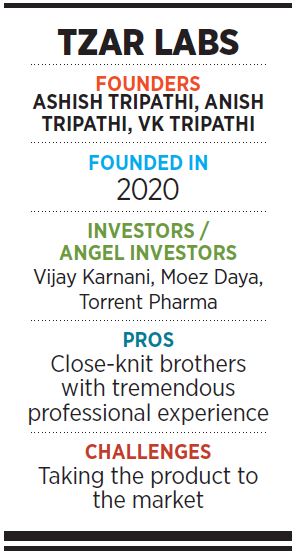 The discovery, meanwhile, was by accident and wasn’t something the family had set out to do. “The truth is we were actually working on molecular medicine, and we stumbled on the marker,” says Ashish. “Typically, what happens in science is that you continue to focus on what you’re trying to do because the reality is that research is expensive, and you don’t want to get distracted.”

But, with the particular signature coming up again and again, the company realised it had actually found a marker.

“That has achieved three global firsts,” Ashish says. “We can detect cancer earlier than any known technology from a blood test. We can tell you that you don’t have the risk of cancer for the next year, because even the fastest cancers can’t go from that stage to tumour formation in one year. We can also give results around where exactly the tumour is, the mutation and the pathways data.”

Tzar Labs was founded in 2020 and counts Ashish and his brother Anish in the leadership team. Their father, VK Tripathi, the founder of Mumbai-based biotech company Epigeneres Biotech, has an exclusive agreement with Tzar to market the diagnostic kit in India. (Senior Tripathi passed away in July.)

“We intend to commercialise the cancer kit in India first and our aim is that we will do it within this year,” Ashish says. “So, we are talking to regulatory authorities and there are certain constraints that we need to keep in mind, but we are addressing them.”
The company is looking to spend somewhere between $200 to $300 million to bring the product to the market.

As of now, the equipment has been delivered, and by October the company plans to start doing the basic testing. The first of the labs will be set up in Mumbai and next year, the Tripathi brothers plan to set up two more in Bengaluru and Delhi.

Anish is currently the COO of the company, with Ashish playing the role of the CEO. “Our primary socialising is within the family, and we are extremely close,” says Anish. “We are best friends and we all know that each one of us will take a bullet for each other. When you translate that or extend that forward into the work you are doing, it’s really the element of trust which comes from the family values that our parents have given us.”

Among others, investors at Tzar Labs include Vijay Karnani, the former India head of Goldman Sachs, V Krishnan, the co-founder of Just Dial, and Moez Daya, managing partner, Satya Capital.

The company is currently in the process of raising funds from global investors. Between them, Ashish looks after the global operations, while Anish looks after regulatory affairs, and the rollout in India.

It also helps that the brothers have spent a considerable amount of time across global organisations in leadership roles, before their foray into the biotech industry. While Anish had worked at firms like Grant Thornton, KPMG and Cyril Amarchand Mangaldas in managerial roles, Ashish had cut his teeth as an investment banker.

“There is a primary area which each one of us takes responsibility for,” Anish says. “I’m looking after the India rollout; Ashish is looking after the international business based out of Singapore looking at fundraising across the board and the rollout of the business internationally. But there are no silos. Everyone is doing a little bit of everything in a startup.”

That means, the brothers aren’t shying away from bringing more professionals to run the show if required.

“We don’t make decisions based on what we can leave for our kids or so on and so forth,” says Ashish. “That’s not the motivation. The motivation is that we’ve been blessed with something that can help a lot of people. And if that means that expertise needs to be brought in from the outside that will be brought in so that we can help achieve that outcome.”

It also helps that the brothers share a close rapport, which means they consult each other before taking decisions. Ashish and Anish are also joined in this by their rather illustrious brother Amish Tripathi, the writer of the bestselling Shiva Trilogy books. “Both in the healthcare business and Amish’s business, the three of us work closely,” Anish says. “We decide among ourselves and luckily it’s an odd number and we get a 2:1 decision.”

For now, however, the brothers are quite clear about their immediate goal, something they don’t want to distract themselves from. “Cancer is a horrible disease, and if people can look back 10 years from now and say that these bunch of Indians came and actually changed the entire scene that’s an empowering thought.”

Tweets by @forbes_india
SafeBLAST, a deflationary utility token solving the age-long inflation problems for masses
SpaceX launches a crew of astronauts like no other on an adventure to orbit