The incentives that drive PE firms have an interesting by-product: a reduction in income inequalities, such as the gender wage gap 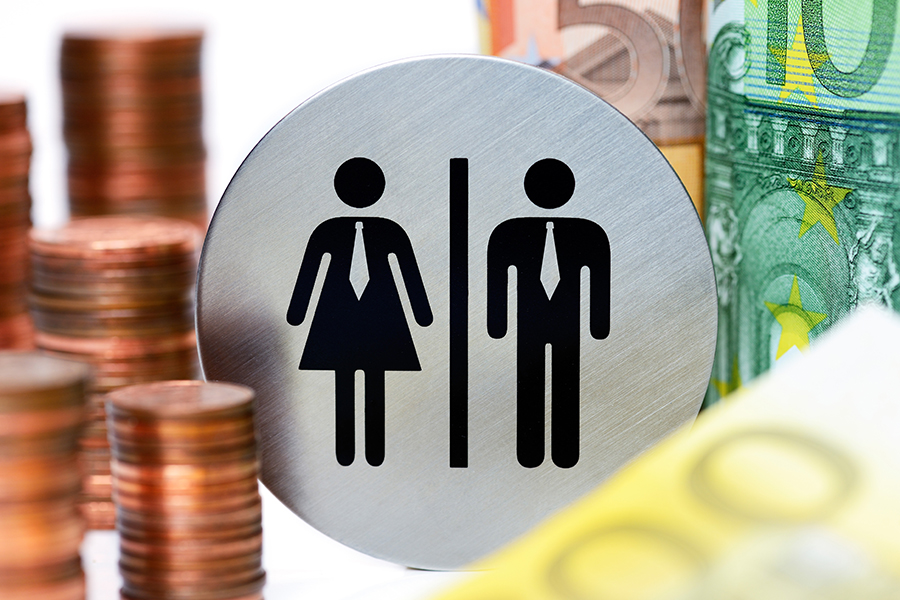 After the global financial crisis, private equity (PE) ownership was much maligned. Among other things, it has been blamed for the demise of Toys “R” Us, Payless Shoes and RadioShack. Even pop star Taylor Swift called out “the unregulated world of private equity” when accepting Billboard’s “Woman of the Decade” award in 2019.

While there is ample evidence that PE firms excel in increasing the performance and efficiency of their portfolio companies, the question is: Do the benefits that accrue to shareholders come at the expense of other stakeholders, such as the workers, especially the most vulnerable ones?

As it turns out, PE firms may have an unexpected societal perk. According to preliminary research I conducted with Jim Goldman and my INSEAD colleague Alexandra Roulet, a by-product of PE firms’ focus on efficiency is a reduction in wage gaps within their target companies.

Looking at French data, we found that post-buyout, target firms separate from expensive employees in high-pay categories (men, managers, older employees) and replace them with cheaper ones. This reduces the wage difference between men and women by 6.5 percent, that between managers and non-managers by 3.3 percent and that between young employees and older ones (older than 50 years old) by 18.1 percent.

This shrinking of wage gaps becomes visible one year after the deal closing and remains significant three years thereafter. Importantly, men, managers and young employees who stay at the firm experience small pay increases between 1.5 and 2.8 percent. This means that the reduction in pay gaps isn’t due to pay cuts across the board. However, on average, highly paid men, managers and older employees leave and are replaced with less expensive staff.

Not about slashing pay, but searching for value

Across gender, occupation and age groups, employees in high-pay categories display a higher probability, relative to their control group, of separating from the firm after the buyout.

To be clear, the target firms do not reduce total headcount. Staffing numbers remain equivalent, but expensive men and managers are replaced with new employees of the same category but cheaper. As for older employees, they are replaced by younger (hence cheaper) employees. Remaining employees, including younger ones, experience small pay increases.

Newly hired men and managers are paid 13 percent and 12 percent less on average than employees in these two categories (inclusive of both those who left and those who stayed). Finally, firms hire fewer older employees to replace those who separated from the firm: Relative to control firms, the share of old employees at target firms after the buyout declines by 6 percent.

Traditionally underpaid categories get a boost

Together, our results suggest that, in seeking to improve target firms’ efficiency, PE investors reduce wage inequalities inside target firms by separating from employees that might have been excessively paid. Excessively paid employees might include, for example those that for historical reasons, are paid more than is economically or socially necessary.

France provided a great setup for our study. It gave us access to very granular firm- and employee-level demographic data, such as the gender of employees and their pay over time. This kind of data isn’t easily available in other markets such as the United States.

Our final main sample contains 843 target firms that went through a leveraged buyout between 1996 and 2014. We constructed a control sample of remarkably similar firms in terms of industry, pre-deal size, profitability, leverage, return on assets and employment growth. In both samples, wages, wage gaps, earnings and earnings gaps across all employee categories were similar, as was the distribution of staff across categories (men, managers, older employees).

We also saw that the expensive employees who leave after a buyout don’t find new employers right away. This suggests that their high salary perhaps didn’t reflect their performance and was likely due to entrenchment.

This re-alignment of pay benefits women to the extent that they can be assumed to perform on par with men but – due to biases and various reasons – have been traditionally underpaid. When a performance-focused owner such as a PE firm optimises its workforce, it can result in a reduction of the gender pay gap, albeit unintentionally.

Private equity is a unique type of ownership, which comes in different flavours. In Europe, PE firms are often of the “growth” variety. They tend to invest in financially constrained companies, i.e. that could grow if given funding. In the US, funding is more widely available. PE firms there tend to focus more on driving efficiency, backed by laws favouring shareholders over stakeholders. The popular press often portrays PE investors in a negative light.

But private equity ownership, while focusing on shareholder returns, need not be driving profits at the expense of other stakeholders. While our data remain preliminary, they show that in their quest for returns, PE investors can also drive positive change. The increased efficiency doesn’t result from jobs – or pay – being slashed across the board. If that were the case, the wage gaps would continue intact and all employees would just be worse off.

Granted, PE firms are not in the business of righting the wrongs of this world. But at the end of the day, good business decisions don’t have to benefit shareholders alone.

Lily Fang is the Dean of Research, the AXA Chaired Professor in Financial Market Risk and a Professor of Finance at INSEAD.

Tweets by @forbesindia
I always wanted to be a changemaker: Tasheen Rahimtoola—Forbes India 30 Under 30 2022
Is sleepy Joe Biden making Vladimir Putin blink?