If Vladimir Putin opts to back away from invading Ukraine, even temporarily, it's because Joe Biden has matched every Putin chess move with an effective counter of his own 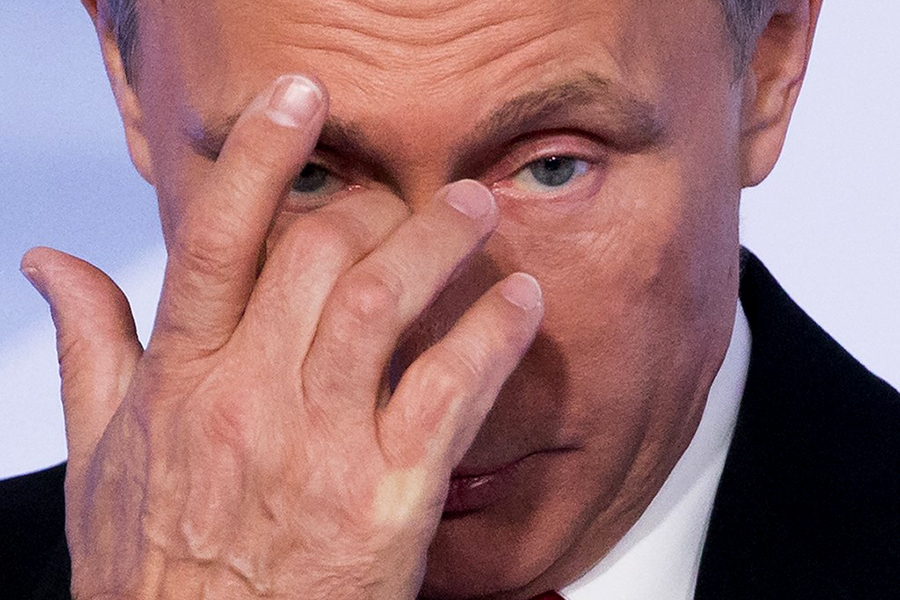 The Ukraine story is far from over. But if Vladimir Putin opts to back away from invading Ukraine, even temporarily, it’s because Joe Biden — that guy whose right-wing critics suggest is so deep in dementia he wouldn’t know Kyiv from Kansas or AARP from NATO — has matched every Putin chess move with an effective counter of his own.

Putin has been on such a run of outmaneuvering the West and destabilizing our politics that it is easy to overrate him. It is also hard to believe a word that comes out of his mouth. But if Putin was sincere when he said Tuesday that he was “ready to continue on the negotiating track” to ensure that Ukraine never joins NATO and was also pulling back some of his menacing forces — U.S. officials say there’s no sign of that yet — it’s because Biden’s statecraft has given Putin pause.

Specifically, the Biden team has mobilized enough solidarity among the NATO allies, enough advanced defensive arms transfers to Ukraine and enough potentially biting economic sanctions on Russia to put into Putin’s mind the only thought that matters: “If I go ahead with a full-scale invasion, and it goes bad — wrecking Russia’s economy and resulting in Russian soldiers returning home in body bags from a war with fellow Slavs — could it lead to my own downfall?”

That is the only calculation that matters, and Biden has done the best job a U.S. president could do, given the asymmetry in interests between America and Russia on Ukraine, to frame it. Ukraine is not only right next door to Russia, but it’s also a country whose fate and future are vitally important to Putin personally. By contrast, most Americans could not find Ukraine on a map and feel zero emotional attachment to its future. And, as Putin found when he seized Crimea in 2014, Americans will not send their sons and daughters to preserve Ukraine’s territorial integrity.

So Biden has had to thread a real leadership needle. He could not credibly threaten direct U.S. military force. Therefore, he had to do the next best thing: assemble a solid-enough coalition of NATO allies. Get enough of them to ship arms to Ukraine. Convey to Putin exactly what crippling economic sanctions will be piled on his economy, banking system, factories and cronies if he invades Ukraine. And make clear that an invasion will actually produce the NATO that Putin fears — one that is totally united, with more NATO troops and maybe even missiles moving closer to his border. It might also spur non-NATO members Finland and Sweden to deepen their ties with the alliance.

That will leave Russia with only one friend in the world: China. And China has no friends, only vassals.

Indeed, in addressing Putin, Biden has also sent an important message to China, along these lines: “It’s true, I messed up in how I exited Afghanistan. But I learned from that — and you should, too. We aren’t the Trump administration, whose ‘America First’ strategy turned into America alone. We believe in alliances, and when we act in concert with our allies, we can still make a powerful fist — in case you’re thinking of seizing Taiwan.”

Again: NONE OF THIS MAY STOP PUTIN. He may not have grasped, or just doesn’t care, that his threat to seize Ukraine and forcibly return it to Russia’s historical sphere of influence has evoked for the NATO allies nothing less than the specter of Hitler’s forced “union” of Austria with Germany, imposed through annexation in 1938. Putin is posing such a raw and crude threat to a free nation — backed up by some 150,000 Russian troops — that it has served as an electroshock to the heart of the NATO alliance, a bolt that brought it out of its sclerosis like nothing else since the end of the Cold War.

Biden and his top national security advisers have been in contact multiple times a day for the past few weeks with leaders and national security officials from NATO’s core of Britain, France and Germany, as well as smaller nations. There has not been this degree of intimate NATO collaboration in years, one European ambassador in Washington remarked to me. The West might not be dead quite yet.

So much for the good news. Now the cold shower — and some reasons Putin could still invade and soon.

For starters, Putin is obsessed with Ukraine, not only because of his fear that it could join NATO, but also because of its deep cultural-religious-historical connection to Russia. While he may not seize the country by invasion, he will not easily give up meddling in its politics, trying to install lackeys in its presidential palace and empowering Russian speakers there to constantly try to pull the two countries closer together. And Putin has many covert means to keep tugging Ukraine his way in a manner that will not trigger as robust a Western response as his massing tanks on its border.

Second, U.S. officials say that while there is opposition in the Russian government to Putin’s brinkmanship, it’s not clear if any of it got through to him. Andrew Wood, the former British ambassador to Moscow, writing in the journal American Purpose on Monday, noted: “Since Covid-19 struck in 2020, Putin has worked from his ‘bunker’ most of the time. Face-to-face meetings are difficult to arrange.” Putin, unlike his Soviet predecessors, doesn’t have to consult with a Politburo or any party leadership. “If, as it appears, there are now fewer trusted persons with ready access to Putin, the dearth must affect his judgment.”

Third, having opposed NATO expansion at the end of the Cold War, I am not indifferent to legitimate Russian concerns about Ukraine joining NATO. Both NATO and Russia should agree to Ukraine being a geopolitically neutral state, like Finland. But in my view, Putin is not really afraid of Ukraine joining NATO, which the U.S. has made clear is not in the cards now. Instead, Putin’s fear is that Ukraine becomes Westernized.

He fears that one day Ukraine will be admitted to the European Union.

What struck me most from a trip I took to Ukraine in April 2014 was how many young Ukrainians I met were dreaming of Ukraine becoming a full member of the EU — not NATO — precisely to lock in their frail democracy and lock out corruption and Putinism.

Which is why I never believed it was a coincidence that Putin seized Crimea and first invaded part of eastern Ukraine in February-March 2014. What else was happening then? The European Union’s 28 member states were forging a new EU-Ukraine Association Agreement to foster closer political and economic ties, signed March 21, 2014.

No, the Ukraine crisis has never been exclusively about Putin’s fear of the expansion of NATO’s forces to Russia’s borders. Not even close. His greater fear is the expansion of the EU’s sphere of influence and the prospect that it would midwife a decent, democratic, free-market Ukraine that would every day say to the Russian people, “This is what you could be without Putin.”