The coral reefs of the Great Barrier Reef are vulnerable to global warming. But the recent drop in atmospheric temperatures observed in this region could help delay bleaching 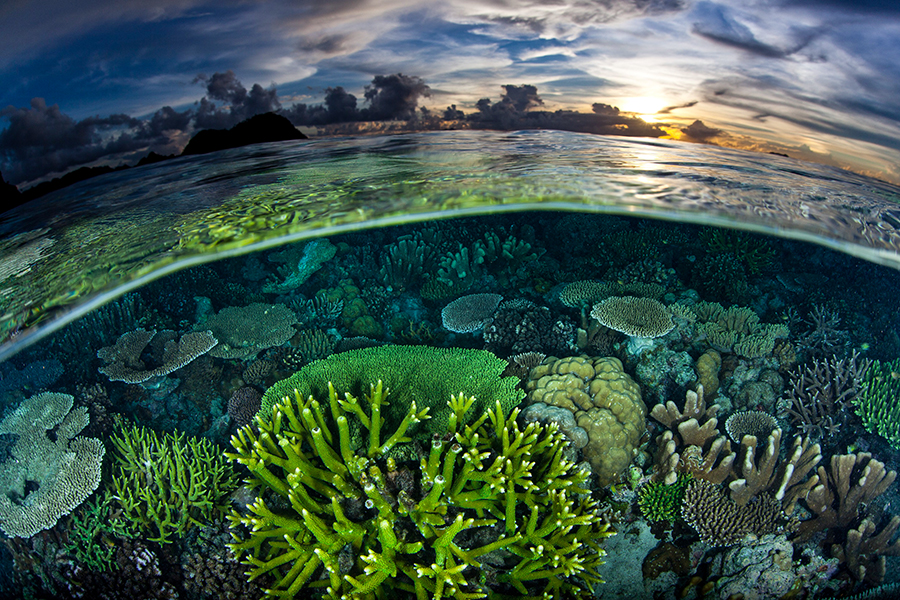 The coral reefs of the Great Barrier Reef in Australia are vulnerable to global warming. But the recent drop in atmospheric temperatures observed in this region could help delay coral bleaching, says the Australian government.

Corals are severely affected by marine heat waves, which are becoming increasingly frequent due to global warming. The increase in water temperatures leads to an acidification of the oceans, generating significant thermal stress to the corals (which eventually manifests itself by bleaching, i.e., the death of these reefs).

At the end of 2021, American scientists warned of the risks of a massive bleaching episode on the Great Barrier Reef in mid-February. The rise in temperatures during the summer (which extends from December to February in Australia) has caused significant thermal stress to the corals.

But after ten days of continuous rain in the Great Barrier Reef region in early February, Australian authorities noted a "substantial cooling," which appears to have reduced the thermal stress on the corals, the Guardian reported. The Australian government estimates that "the current thermal anomaly and the forecasts have resulted in a diminished risk of mass bleaching on the reef this summer," thus drawing up a much more optimistic assessment than the one established last December.

Thermal stress on Great Barrier Reef reefs, however, continues to accumulate, greatly threatening their survival. According to research published in November 2021 in the journal Current Biology, only 2% of the corals in this underwater jewel have been spared from bleaching. In the space of 24 years, the Great Barrier Reef has experienced five major bleaching episodes, which occurred in 1998, 2002, 2016, 2017 and 2020.

Last July, this world-famous ecosystem, which stretches over 2,300 km, narrowly escaped being put on UNESCO's "World Heritage in Danger" list.