Climate Action a 'priority sector', but Sitharaman makes no budgetary allocation for it

The finance minister's Budget 2022 speech was shorter than usual in its cursory dismissal of India's commitments towards climate action and environment. New roads and infra projects are being planned in eco-sensitive areas 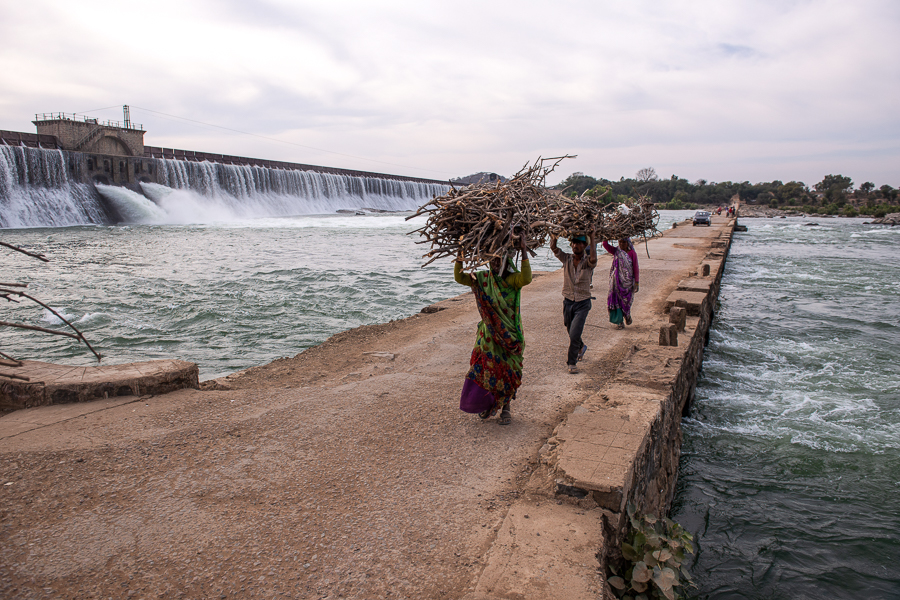 Sitharaman also announced allocations to inter-link the Ken-Betwa rivers at a cost of Rs44,605 crore. This project is opposed by environmentalists and youth groups because of the massive destruction it will cause to the environment
Image: Shutterstock

Finance Minister Nirmala Sitharaman’s Budget speech announced Climate Action as one of four priority sectors, though this prioritisation was not evident as the speech progressed. It mentioned Climate Action only briefly and did not make any budgetary allocation to support it.

Crucially, the thrust of the Budget announcements were towards urbanisation and polluting infrastructure-building. They included an initial allocation of Rs1,500 crore for development of the Northeast which houses some of our most critical biodiversity hotspots, and a Vibrant Village Programme which centres on construction and tourist facilities in remote villages.

Sitharaman’s speech reiterated Prime Minister Narendra Modi’s commitments at CoP26 where he said that five elixirs offered in prayer, ‘panchamrit’, “are an important reflection of our government’s strong commitment towards sustainable development”.

However, at CoP26, India made no commitments to preserve our natural biodiversity and forests. The commitments were only to achieve net-zero by 2070, 20 years beyond CoP26 urgent goal, and there were no measures to begin now. The lack of urgency was apparent in Sitharaman’s budget speech.

In 2020-21, the allocations to environment and pollution of Rs3,100 crore were negligible compared to those for polluting infrastructure. In 2021-22, it was reduced to Rs2,870 crore. This year, no allocation was announced at all while the PM Gati-Shakti programme which envisages expenditure of $1.3trillion towards massive new infrastructure building was repeatedly reflected.

The Budget “will mobilise” Rs20,000 crore towards new roads in 2022-23, and will prioritise infrastructure building”. Some of these new roads and infrastructure projects are planned in eco-sensitive areas and national parks, all set to destroy fragile biodiversity and accelerate the impacts of climate change.

Sitharaman also announced allocations to inter-link the Ken-Betwa rivers at a cost of Rs44,605 crore. This project is opposed by environmentalists and youth groups because of the massive destruction it will cause to the environment.

Young activist Yash Marwah, co-creator of ‘Let India Breathe’, is among those critically concerned with the long-term effects of climate change. “Given that safeguarding the environment is at the base of all human life, including the economy, we need to integrate environment into all our planning measures and budget adequately to safeguard it.”

Instead, the Budget speech further referred to strengthening the scope of the single-window clearances Parivesh to expedite green clearances.

The speech made no reference to preventive or mitigation measures for those among our poorest sections of society who are most impacted by extreme climate events; increased in the last several years and set to escalate further, these events have caused loss of homes and livelihood, affecting women and children most. Instead, the speech stated that half our population will live in urban areas by 2100.

While provisions were made for urban planning and expansion of existing mega cities, Tier II and III cities, no separate budgets to ensure environmental safeguards were announced. While stating that the PM Gati Shakti would be “powered by clean energy and sabka prayas”, the Budget did not disclose how this clean energy would be achieved since no allocation was made to reduce coal dependence.

Finally, Sitharaman’s speech announced that she would make a paradigm shift towards “clean tech and governance solutions, special mobility zones with zero fossil-fuel policy, and electric vehicles (EV)”. She said that EVs would be supported through policy measures. However, like her previous budgets, she made no budgetary allocations for the switch. No mention was made of coal-powered electricity supply for EVs, the world’s most significant contributor to climate change.

Many people have commented on the length of the minister’s Budget speech, her shortest yet. It was also shorter than usual in its cursory dismissal of our commitments towards climate action and environment.

Tweets by @forbesindia
Budget 2022 and the inequality in necessities
Budget 2022: Nirmala Sitharaman's credit line fails to cheer up hospitality sector