Plus, predictions for post-pandemic operations 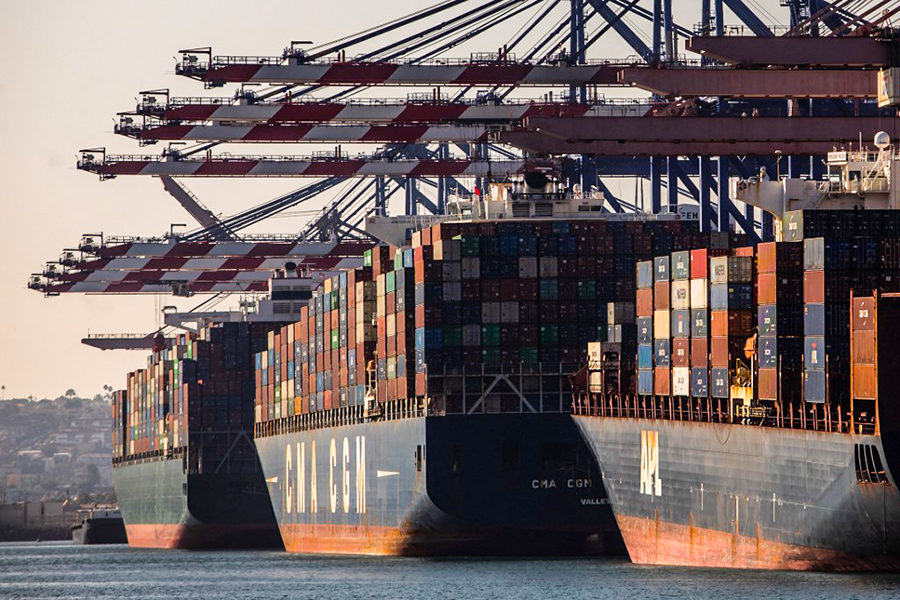 Container ships are seen at the Port of Los Angeles in San Pedro, California. Congestion at US ports has caused supply chain disruptions, driving up prices and leading to a growing shortage of goods
Image: Apu Gomes / AFP

It may be years before business operations experts pinpoint all of the factors that triggered the ongoing global supply crisis.

Certainly, the COVID-19 pandemic was a catalyst, but is not the sole cause, said Robert Swinney, an operations professor at Duke University’s Fuqua School of Business.

“It’s not a single link that failed in a linear system,” Swinney said. “It is the response of a complex system to major changes in conditions.”

In a recent live discussion on Fuqua’s LinkedIn page, Swinney explained three interconnected issues that have contributed to global shortages of microchips, new cars, new shoes, and other goods. He also explained how businesses are responding, what additional challenges they may face as they try to remedy the shortages, and how long consumers in the U.S. can expect issues to continue.

“This is something that we will be studying for a long time, so the answers are not entirely clear, but it appears to be a combination of complicated global supply networks and logistics processes that are being simultaneously strained at many different points,” Swinney said.

It appears that three major issues have contributed most to the chaos: COVID creating a shortage of workers that has reduced production capacity around the world, distortions to typical demand due to changes in customer purchasing behavior, and the fact that manufacturing and logistics systems are often run at or near their maximum capacity, he said.

“Things like factories, ports and trucking capacity are expensive, so they’re designed to run at high utilization. That means they don’t have a lot of excess capacity,” he said.

Running close to capacity makes production and distribution more cost-effective, he said, but that means it also doesn’t take much to overwhelm them. Because this is happening not just at one point in the supply chain, but multiple points, it becomes difficult to bring supply and demand back into balance.

When that happens, “all steps in the supply chain need to be examined and potential bottlenecks need to be alleviated,” Swinney said, offering the long queues of cargo ships off U.S. coastlines as an example.

A long line of cargo ships may make it seem like ports need to unload faster. But ports don’t have a place for so many containers to be unloaded, he said. If you add storage capacity for extra containers, you’ll need more trucks to transport the goods quickly, but there are not enough chassis to transport the goods, because so many chassis are holding goods waiting to load onto cargo ships.

“It’s an iterative process that takes a while,” Swinney said. “Each bottleneck needs to be fixed and that immediately exposes another bottleneck. It takes time and careful analysis and cooperation by all stakeholders in this process.”

Distortions to demand: the ‘bullwhip’ effect

As companies see increased demand for their products, they scramble to keep up. This can create distortions that ripple through supply chains, Swinney said. He uses retailers as an example.

“Imagine a retailer sees demand increase 10 percent for a product,” he said. “Anticipating continued growth, it inflates its orders with suppliers not by 10 percent, but by 15 percent. Now their supplier sees a 15 percent increase in retailer orders. Also anticipating further growth, the supplier inflates its orders with its suppliers not by 15 percent, but by 20 percent. This pattern can repeat at each link in the supply chain.”

Although these are small adjustments at each step in the supply chain, the compound effect of these changes can create the appearance of a huge swing in demand, he said, generating a pattern known as the “bullwhip effect,” which gets its name because only a minor flick of the wrist creates significant motion in a whip.

“Some companies may already be anticipating this,” Swinney said. “The real key is to make sure accurate information regarding retail demand is being conveyed to firms deeper in the supply chain. That is, to avoid over-ordering and duplicate ordering so that we don’t overcorrect for these disruptions while still building the necessary capacity to meet growing global demand.”

Swinney conceded that coal and related energy issues affecting factories in China have also strained production, but most businesses have diversified their supply chains to account for temporary outages and weather emergencies. Those interruptions are typically limited and don’t have the power to cause the sweeping issues that a pandemic can, he said.

Expectations for the future

“The most important thing to know is that these shortages aren’t going to stay,” Swinney said. “Companies are increasing capacity and demand will moderate after the holidays.”

In fact, he adds, a potential overcorrection could result from the bullwhip effect, meaning consumers could see a surplus of some previously hard-to-find items and potentially, lower prices.

For businesses, recovering from this global supply crisis means acknowledging the disruption risks are more significant than we once thought, Swinney said.

“Companies need to reevaluate their disruption-mitigation strategies and be prepared to invest more in resilience,” he said. “In the near term, I expect companies to exhibit renewed vigor in applying resilience measures. … including sourcing from multiple suppliers in diverse locations, having some excess or backup capacity that can be brought online quickly, and holding inventory as safety stock. And while people often look to inventory first, this is not the only solution. It’s one part of a portfolio of solutions, and it needs to be used carefully and selectively in concert with other strategies.”

Long term, he said he expects to see businesses truly multi-source their operations, with a combination of local and distant suppliers that use completely different infrastructures – strategies he has studied in his research. He suggests firms will more deeply map their supply networks, considering not just their direct suppliers, but where their first-tier suppliers get their resources from, and so on.

Despite the difficulties the supply crisis has caused, Swinney is optimistic about the opportunities he and other operations scholars and experts have to create more resilient supply chains that can actually withstand an event such as a pandemic.

“That makes this an exciting space to work in in the next decade,” he said. “We have an opportunity to rethink supply chains and to make them

Tweets by @forbesindia
Startup Fridays Season 2 Ep. 4: Don't build for your investors, build for your customers — Anish Achuthan
The Royal Shakespeare Company is looking to TikTok to woo young spectators