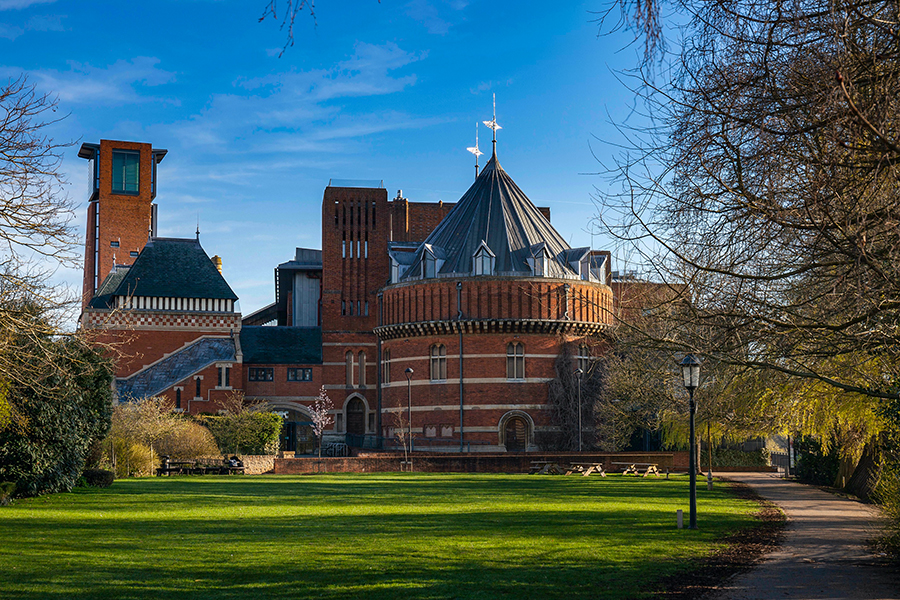 Like many cultural institutions around the world, the Royal Shakespeare Company has reinforced its online presence during the pandemic. It will soon arrive on TikTok in a bid to win over new audiences (and potential future play attendees). But not just any audience: young people.
The British institution has partnered with TikTok to launch the "TikTok Tickets" program. Starting in June, Britons between the ages of 14 and 25 will be able to attend performances by the theater company at the Royal Shakespeare Theatre in Stratford-upon-Avon, or at its London venue at the Aldwych. All they will have to pay is £10 (about US$13.60). Students attending schools in the UK will also be able to benefit from this discounted rate.

"Creativity and the arts have always been at the heart of our community on TikTok. Every day, we are the stage to theatre renditions, comedy performances or modern-day plays, performed and imagined by creators from every part of the UK. By partnering with the Royal Shakespeare Company to provide greater access to the work they do, we hope to inspire more young people to enjoy, experience and participate in theatre and the arts in all its forms," outlined Rich Waterworth, TikTok General Manager, UK and EU.

As part of the "TikTok Tickets" initiative, the Royal Shakespeare Company will also create video content to show young users of the app how plays like "Richard III" and "All's Well that Ends Well" can resonate with their own lives. The program will include retake of certain scenes, behind-the-scenes videos of the Royal Shakespeare Theatre and special events.
Many other theatrical institutions have turned to TikTok to make their cultural offerings more accessible and increase their visibility among youth. The National Youth Theatre in the UK, the American Ballet Theater in New York and the Théâtre National de Chaillot in Paris offer a variety of fun and educational videos to entertain all the performing arts fans on the app. And there are many of them: the keyword #theatre counts more than 4 billion views on the platform.
The world of performing arts are building up followers on Gen Z's preferred social network, with musicals in first place. One creative musical endeavor relating the adventures of a Korean princess has been particularly popular on the social network in recent weeks. This musical was born thanks to Julia Riew, a Korean-American composer-lyricist from Saint Louis, Missouri. It follows the story of a brave young woman, Shimcheong, who falls into the depths of the ocean while trying to save her father. She then enters the magical realm of the dragon, but cannot get out. Ten years later, she spares no effort to find her family.
Julia Riew narrates and sings about her heroine's adventures in a series of short videos shot on a smartphone. One of the songs she composed for the musical, called "Dive," is particularly popular on the platform. It has almost a million views and has already been covered by many other TikTok users. This success is reminiscent of the platform's production of "Ratatouille." Last summer, hundreds of American artists made it their mission to turn the Pixar film into a musical production.