AI in logistics: Where's my order?

Three to five years from now, every single decision—from the time consumers place an order to when they receive the purchase—will be system-driven. Humans will support or build on top of the stack 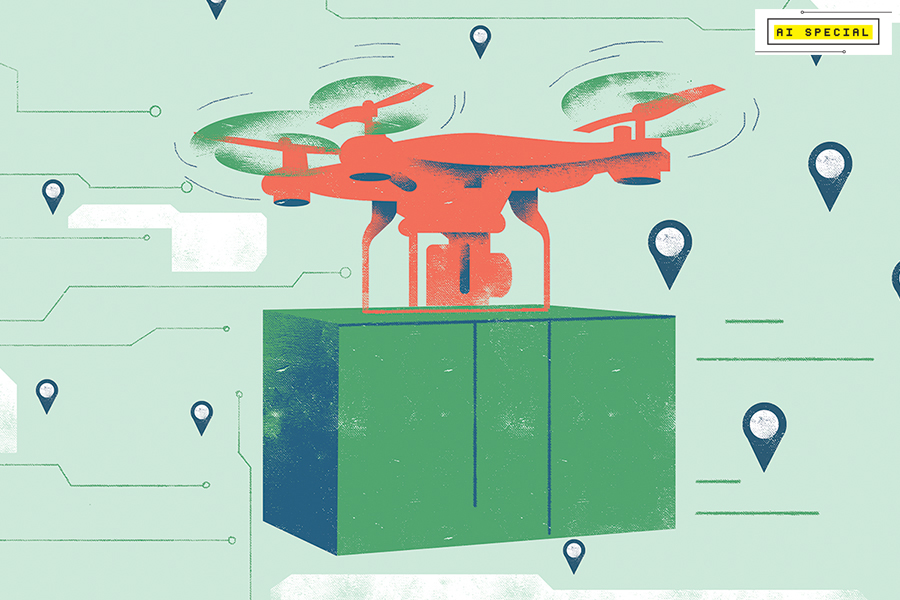 Around 2014-15, a clutch of logistics intelligence startups came up in India, which are now poised to grow to the next phase, imbibing AI into their scheduling and routing automation platforms. They are raising significant amounts of funding as well.

Eight years ago, when Kushal Nahata saw ecommerce delivery agents repeatedly asked for directions to his house, he realised that the nascent sector lacked a tech platform to resolve last-mile delivery. That was how Nahata founded Fareye seven years ago, and which has become a logistics automation platform today.

Fareye is used by some of the world’s biggest companies—from Domino’s Pizza to DHL—to optimise parcel deliveries in real-time. Its algorithms can predict the end-customer’s availability, based on preferences and previous deliveries.

“This also helps reduce the carbon footprint of the delivery process,” says Nahata. In May, Fareye said it had raised $100 million to expand its operations. The series E round was led by TCV and Dragoneer Investment Group. Existing investors Eight Roads Ventures, Fundamentum and Honeywell also participated.

“We want to take Fareye from a delivery automation platform to an autonomous delivery platform,” Nahata says.

Three to five years from now, every single decision—from the time consumers place an order to when they receive the purchase—will be system-driven. Humans will be supporting or building on top of this stack, he says. This can be done because the logistics sector generates large amounts of data. Every single journey, from order to delivery, generates thousands of data points, Nahata says.

Loginext co-founder Dhruvil Sanghvi recalls how his professors at Carnegie Mellon University would tell him to tone down talk about AI at job interviews if he wanted business-oriented positions, and not research assignments.

But five years later, by 2015, he and his college batchmate Manisha Raisinghani saw a whole host of new businesses—like Uber, for example—that were natively online, “without any human intervention”.

That triggered their founding of Loginext to help the traditional, established businesses go online with their logistics management.

Today, Loginext has scheduling and routing algorithms that automate processes. They are sophisticated enough to differentiate between delivery of food versus an ecommerce and furniture purchase; and also differences between one market and another.

The platform handles over 100,000 users and processes close to 10 million orders on a daily basis.

Nishith Rastogi and Geet Garg were part of the Amazon Web Services’ machine learning team before they quit and started Locus, which provides a decision-making platform across multiple processes involved in the delivery of packages, competing with Fareye and Loginext.

Tweets by @forbesindia
What vaccine supply tells us about international trade
A hotter future is certain. But how hot is up to us