What vaccine supply tells us about international trade

His work tracking the Donald Trump's trade war was invaluable, making him the go-to guy for current development in trade policies. Now, Chad Bown of the Peterson Institute for International Economics has a highly informative new paper on the vaccine supply chain 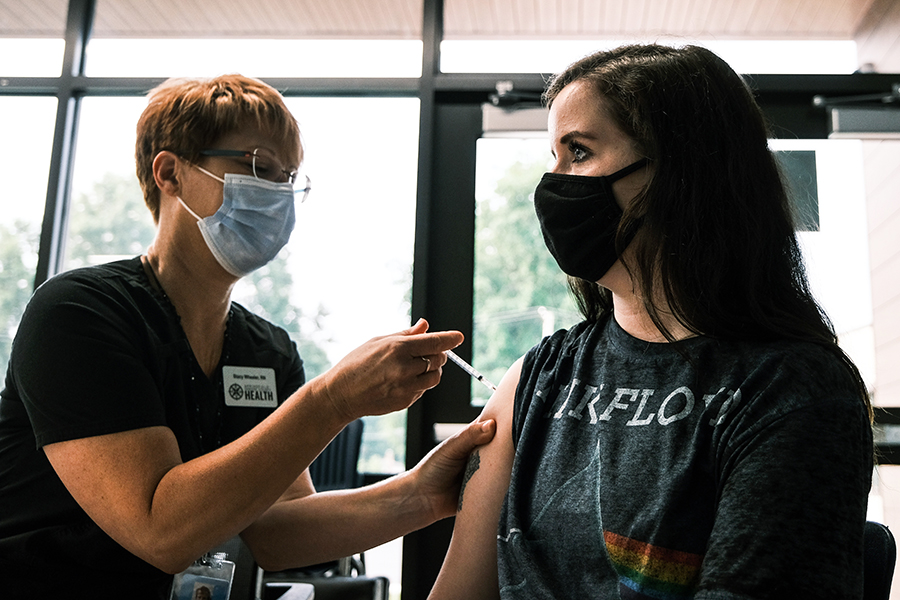 For many of us, Chad Bown of the Peterson Institute for International Economics — a boutique think tank specializing in, duh, international economics — has become the go-to guy for current developments in trade policy. His work tracking the evolution of Donald Trump’s trade war was invaluable.

Now he has a highly informative new paper with Thomas Bollyky on the vaccine supply chain. I won’t lie: There’s a lot of detail, and the paper is fairly heavy going. But it’s full of useful details, and it also, I’d argue, tells us some interesting things about the nature of world trade in the 21st century.

One thing that caught my eye — probably not the most important thing, but one close to my heart — is that the story of global vaccine production demonstrates the continuing relevance of the so-called New Trade Theory — or, as some now call it, the “old New Trade Theory.”

Producing these vaccines is evidently a complicated process, involving facilities in many locations, presumably implying a lot of cross-border shipments of vaccine ingredients. Notably, in Pfizer’s case, all these facilities are in the United States and Western Europe, which is typical across pharma firms, although other companies have a few facilities in Brazil and India.

So where do vaccine supply chains fit into the theory of international trade?

If you’ve ever taken an economics course, you probably learned about the theory of comparative advantage, which says that countries trade to take advantage of their differences. The classic original example, from early-19th-century economist David Ricardo, involved the exchange of English cloth for Portuguese wine.

Comparative advantage is a powerful, illuminating theory — especially because it shows why countries export goods they’re relatively good at producing even if they’re less productive in those industries than potential competitors. Bangladesh is a low-productivity nation across the board (although it has been improving), but its productivity disadvantage is less pronounced in apparel than in other industries, so it has become a major clothing exporter.

In the 1960s and 1970s, however, a number of economists began suggesting that comparative advantage was an incomplete story. World trade had been growing over time, but much of that growth involved trade between countries that didn’t seem very different — the United States and Canada, for example, or the nations of Western Europe. Furthermore, what these countries were selling to each other looked pretty similar: There was a lot of “intraindustry” trade like the large-scale, two-way trade in autos and related goods across the U.S.-Canada border.

What was going on? A few economists had long noted that comparative advantage wasn’t the only possible reason for international trade. Countries might also trade because production of some goods involves increasing returns; there are advantages to large-scale production, which creates an incentive to concentrate production in a few countries and export those goods to other countries. Automotive trade between the United States and Canada was a classic example: After the countries established a free-trade agreement for autos in 1965, North American car companies achieved economies of scale by limiting the range of items produced in Canada, exporting these goods and importing other items from the United States.

But if trade reflected increasing returns rather than country characteristics, which countries would end up producing which goods? It might be largely random, the result of accidents of history.

There was, however, remarkably little economic literature on increasing-returns trade until the late 1970s. Economists don’t like to talk about stuff they find hard to model, and trade models with increasing returns tended to be messy and confusing. Eventually, however, some economists came up with clever ways to cut through the confusion, in papers like the 1980 piece I wrote in the American Economic Review.

(I’ll note, with all due immodesty, that the journal would later name this one of the 20 top papers published in its first century of operation.)

God, I was young!

World trade exploded from the mid-1980s until around 2008, a process sometimes called hyperglobalization.

And where trade growth in the ’60s and ’70s had largely involved advanced economies selling stuff to each other, hyperglobalization involved a surge in exports of manufactured goods from relatively low-wage developing countries.

So we had a New Trade Theory, but the new trade we were actually getting was much better explained by, well, old trade theory.

So what does all this have to do with vaccine supply chains? Well, as I already noted, vaccine ingredients are mainly produced in advanced countries — countries that are very similar in their education levels, overall level of technological competence and more. So why wasn’t each advanced country producing the whole ensemble of vaccine-related inputs?

Here’s what Bown and Bollyky say: “The business model that much of the pharmaceutical industry had shifted toward over the previous 25 years involved fragmentation. As tariffs and other trade barriers had fallen globally, information and communications technology (ICT) developed, shipping and logistics efficiency increased, and protection of intellectual property rights steadily improved. The fact that trade could play a greater role in distributing pharmaceutical products globally meant that companies could operate fewer plants but at a larger scale.” [Emphasis mine.]

Hey, it’s New Trade Theory in action! And it sure looks as if there was a lot of random historical contingency determining national roles in the pattern of specialization. Europe was initially very dependent on Britain’s exports of lipids — but I doubt that there’s something about British culture that makes the country especially good at lipids. It’s just one of those accidents that play a big role in economic geography.

Is there a moral to this story? There’s been a lot of backlash against globalization over the past decade, to some extent justified: Advocates of free-trade agreements oversold their benefits and understated the disruptions they might cause. But the case of vaccine production illustrates a positive side of globalization we tend to forget. These miracle vaccines are incredibly complex products that would have been hard to develop and produce in any one country, even one as large as the United States. A global market made it possible to deliver all the specialized inputs that are saving thousands of lives as you read this.