Employees who'd rather quit than take the Covid vaccine shot

Employers across the US are now confronted with the same question of whether to fire workers who refuse to get vaccinated, a dilemma that carries new urgency as the rapidly spreading delta variant leads to a surge in hospitalisations among the unvaccinated and threatens to stall the economic recovery 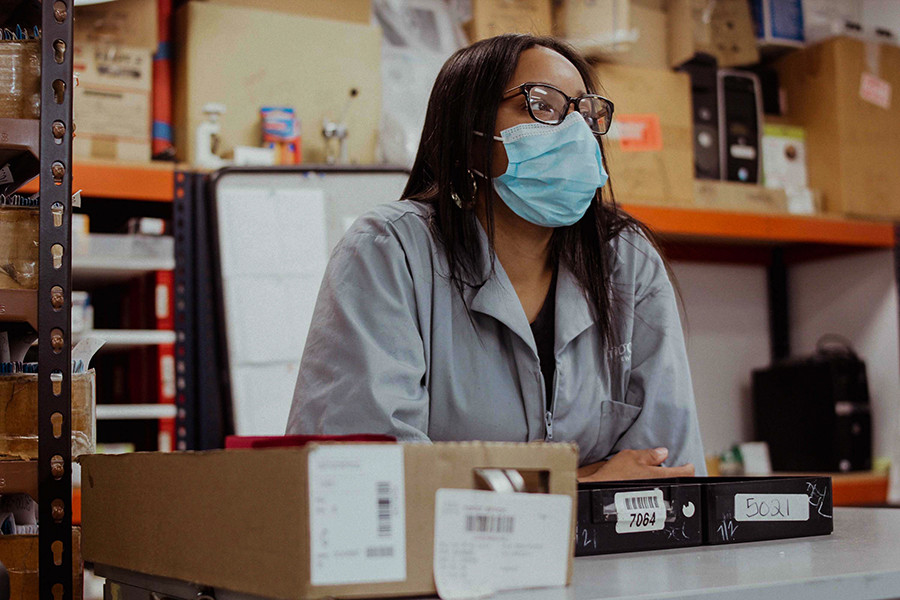 Tiara Felix, a lab worker at Metro Optics Eyeworker in the Bronx, at work on Aug. 2, 2021. She said she is skeptical about getting vaccinated and would likely quit if the company forced her to do so.

NEW YORK — Tiara Felix loves her job at an eyewear store in the Bronx, where she spends five days a week managing customer orders in a backroom lab, surrounded by colleagues fitting and cutting lenses for glasses.
But there is one thing that could prompt Felix, 31, to leave: a vaccine mandate.
“There’s no choice,” she said. “I’ll have to quit.”
Felix is among the six remaining unvaccinated employees at her company, Metro Optics Eyewear, who have been unmoved by a monthslong campaign by their bosses to persuade every employee to voluntarily get a coronavirus vaccine.
Time is running out. Employers across the United States are now confronted with the same question of whether to fire workers who refuse to get vaccinated, a dilemma that carries new urgency as the rapidly spreading delta variant leads to a surge in hospitalizations among the unvaccinated and threatens to stall the economic recovery.
This week, New York City became the first U.S. city to announce a vaccination requirement for workers and customers at a variety of indoor venues, including restaurants, gyms and theaters. Across New York City, 66% of adults have been fully vaccinated.

Tweets by @forbesindia
From Rihanna to Kylie Jenner, celebrities building business empires thanks to beauty industry
Our top reads of the week