In a speech from the East Room of the White House, Biden effectively conceded that the worst-in-a-century viral scourge he once thought was under control had come roaring back, threatening public health and the economic recovery that is central to the promise of his presidency 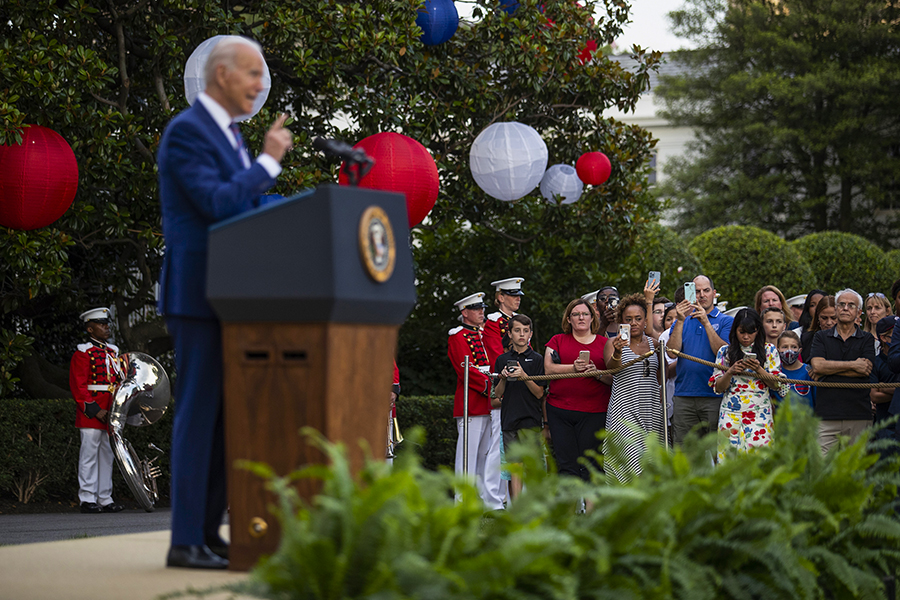 President Joe Biden speaks on the South Lawn of the White House in Washington, July 4, 2021, during a celebration to both commemorate the July 4 holiday and herald the administration’s progress toward overcoming the pandemic. President Biden on Thursday, July 29, sought to revive the nation’s stalled push to vaccinate Americans against the surging Delta variant of the coronavirus, announcing new requirements for federal workers to be vaccinated and urging local and state governments to offer $100 to anyone willing to get a shot voluntarily.
Image: Tom Brenner/The New York Times

Tweets by @forbesindia
Photo of the day: Punching up
Why Turkey's regulators became such a problem for Google