Proponents say the waiver would free innovators in other countries to pursue their own coronavirus vaccines, without fear of patent infringement lawsuits 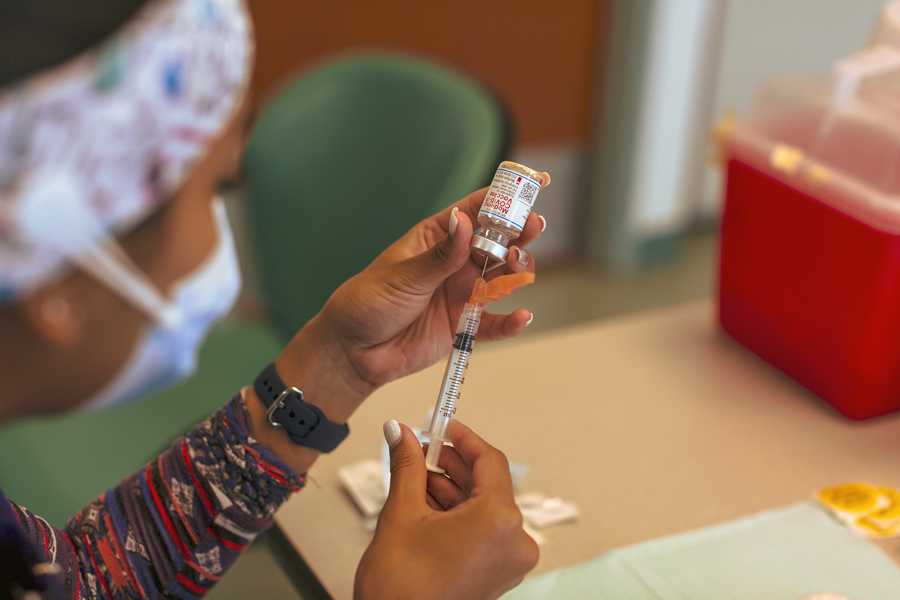 President Joe Biden, faced with surging COVID-19 crises in India and South America, is under intensifying pressure from the international community and his party’s left flank to commit to increasing the vaccine supply by loosening patent and intellectual property protections on coronavirus vaccines.

Pharmaceutical and biotech companies, also feeling pressure, sought on Monday to head off such a move, which could cut into future profits and jeopardize their business model. Pfizer and Moderna, two major vaccine-makers, each announced steps to increase the supply of vaccine around the world.

The issue is coming to a head as the World Trade Organization’s General Council, one of its highest decision-making bodies, meets Wednesday and Thursday. India and South Africa are pressing for the body to waive an international intellectual property agreement that protects pharmaceutical trade secrets. The United States, Britain and the European Union so far have blocked the plan.

Inside the White House, health advisers to the president admit they are divided. Some say that Biden has a moral imperative to act, and that it is bad politics for the president to side with pharmaceutical executives. Others say spilling closely guarded but highly complex trade secrets into the open would do nothing to expand the global supply of vaccines.

Having the recipe for a vaccine does not mean a drugmaker could produce it, certainly not quickly, and opponents argue that such a move would harm innovation and entrepreneurship — and damage America’s pharmaceutical industry. Instead, they say, Biden can address global needs in other ways, like pressing companies that hold patents to donate vast quantities of vaccine or sell it at cost.

“For the industry, this would be a terrible, terrible precedent,” said Geoffrey Porges, an analyst for the investment bank SVB Leerink. “It would be intensively counterproductive, in the extreme, because what it would say to the industry is: ‘Don’t work on anything that we really care about, because if you do, we’re just going to take it away from you.’”

Dr. Anthony Fauci, Biden’s chief medical adviser for the pandemic, said in an interview Monday that the drugmakers themselves must act, either by greatly expanding their manufacturing capacity to supply other nations at “an extremely diminished price” or by transferring their technology to let the developing world make cheap copies. He said he was agnostic on a waiver.

“I always respect the needs of the companies to protect their interests to keep them in business, but we can’t do it completely at the expense of not allowing vaccine that’s lifesaving to get to the people that need it,” Fauci said, adding, “You can’t have people throughout the world dying because they don’t have access to a product that rich people have access to.”

The proposal by India and South Africa would exempt World Trade Organization member countries from enforcing some patents, trade secrets or pharmaceutical monopolies under the body’s agreement on trade-related intellectual property rights, known as TRIPS. The idea would be to allow drug companies in other countries to make or import cheap generic copies.

Proponents say the waiver would free innovators in other countries to pursue their own coronavirus vaccines, without fear of patent infringement lawsuits. They also note that the proposed waiver goes beyond vaccines, and would encompass intellectual property for therapeutics and medical supplies as well.

“Many people are saying, ‘Won’t they need the secret recipe?’ That’s not necessarily the case,” said Tahir Amin, a founder of the Initiative for Medicines, Access & Knowledge, a nonprofit dedicated to eliminating health inequities. “There are companies that feel they can go it alone, provided they don’t have to look over their shoulder and feel like they are going to take someone’s intellectual property.”

The pharmaceutical industry counters that rolling back intellectual property protections would not help ramp up vaccine production. It says that other issues are serving as barriers to getting shots into arms around the world, including access to raw materials and on-the-ground distribution challenges.

And just as important as having the rights to make a vaccine is having the technical know-how, which would have to be supplied by vaccine developers like Pfizer-BioNTech and Moderna — a process known as technology transfer.

Sharon Castillo, a Pfizer spokeswoman, said the company’s vaccine requires 280 components from 86 suppliers in 19 countries; it also needs highly specialized equipment and personnel, and complex and time-intensive technology transfers between partners and global supply and manufacturing networks, she said.

“We just think it’s unrealistic to think that a waiver will facilitate ramping up so quickly as to address the supply issue,” she said.

On Monday, Pfizer’s chief executive, Albert Bourla, said on LinkedIn that his company would immediately donate more than $70 million worth of medicines to India and is also trying to fast-track the vaccine approval process in India. The company also posted on Twitter promising “the largest humanitarian relief effort in our company’s history to help the people of India.”

Moderna, which developed its vaccine with funding from American taxpayers, has already said it would not “enforce our COVID-19 related patents against those making vaccines intended to combat the pandemic.” But activists have been calling not just for the waiver, but for companies to share expertise in setting up and running vaccine factories — and for Biden to lean on them to do it.

“Ambassador Tai reiterated that the Biden-Harris administration’s top priority is saving lives and ending the pandemic in the United States and around the world,” Tai’s office said in a carefully worded statement Monday, after she spoke about the proposed waiver with the director general of the World Intellectual Property Organization, an arm of the United Nations.

In a letter to Tai last month, the Biotechnology Innovation Organization, a trade group, warned against giving “license to other countries — some of them our economic competitors — to hollow out our world-leading biotechnology base, export jobs abroad and undermine incentives to invest in such technologies in the future.”

One of the drug industry’s fears about a patent waiver for coronavirus vaccines is that it could set a precedent that would weaken its intellectual property protections for other medicines, which are central to how it makes money.

“The drug industry is extremely protective of its intellectual property,” said Dr. Aaron Kesselheim, a professor of medicine at Harvard Medical School and Brigham and Women’s Hospital. “This kind of fierce resistance is a reflex of the pharmaceutical industry.”