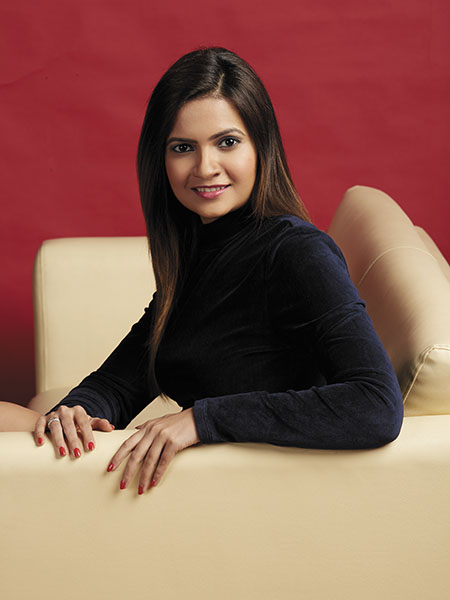 In the world of technology, which is not generally welcoming of women leaders, Manisha Raisinghani is an exception
Image: Mexy Xavier

But this at-least-two-hour-long manual process is cumbersome. And costly—India spends 13 percent of its GDP on logistics, compared with 8-10 percent in developed countries, says Manisha Raisinghani. “That’s because of the gap in technology,” she adds of the $300 billion a year domestic logistics industry.

Instead, LogiNext Solutions, the startup she co-founded with her Carnegie Mellon University batchmate Dhruvil Sanghvi in January 2014, offers a leaner, faster and self-orchestrated solution. Its proprietary algorithm uses the information—5,000 orders and 200 delivery personnel in this case—to throw up a result within seconds. Not only is the work divided efficiently, but delivery personnel are also told whether to take a bike or a truck, which routes to follow and in what sequence to deliver the goods depending on traffic, weather and customer availability. “Even if you assume we are saving 1 km per day for one delivery boy, for big enterprise clients who have around 5,000 delivery boys, that’s 5,000 km worth of fuel saved,” points out Raisinghani.

LogiNext saves 7-15 percent of the logistics costs for its clients, which include heavyweights such as D-Mart, Decathlon and Maruti Suzuki, says Raisinghani, who serves as chief technology officer.

“It’s because of the value we add,” says Raisinghani, adding that LogiNext’s sophisticated deep-learning platform, its real-time analytics and easy-to-use design interface sets it apart from the competition.

Testimony to her claim are LogiNext’s financials. While Raisinghani declined to share the numbers, a report by Statista Inc and the Financial Times showed that revenues in FY17 sped to $2.3 million, clocking a compounded annual growth rate of 175.5 percent between FY14 and FY17.

In the world of logistics, Raisinghani is an anomaly—“there are no girls in this industry in India,” she says—but significantly, also in the world of technology.

“The tech world globally is still not welcoming of women in leadership roles generally and tech leadership, in particular,” says CMU professor Mark DeSantis, whom Raisinghani considers a mentor. “But Manisha’s personality is not one to get bogged down,” he continues. “Entrepreneurship is a brutal crucible of winning or losing and not much in between. Manisha gets results.”