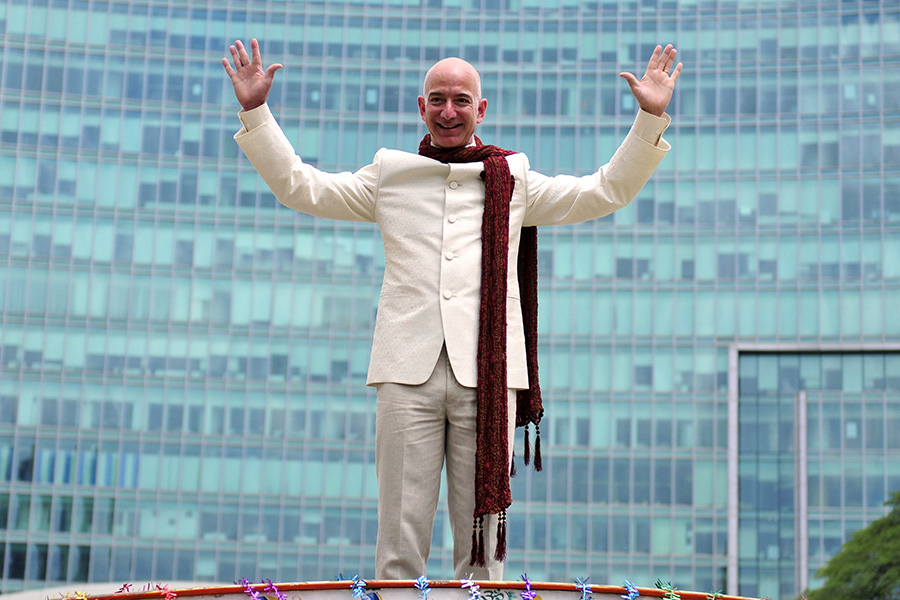 Owing to an increase of $39.2 billion in his wealth over 2017, the centi-billionaire seized the top spot for the first time, toppling Microsoft co-founder Bill Gates, who has been the richest person in the world for 18 of the past 24 years.

The lowest-ranked (No. 2124) Indian billionaires include Raamdeo Agrawal, Tarang Jain, Nirmal Minda, and Ravindra Kishore Sinha, with a net worth of $1 billion each.

According to Forbes, these values represent a snapshot of wealth based on stock prices and exchange rates from February 9, 2018. A record 2,208 billionaires made it to the list.

“The superrich continue to get richer, widening the gap between them and everyone else,” said Luisa Kroll and Kerry A. Dolan, Assistant Managing Editors of Wealth, at Forbes Media.

US president Donald Trump, worth $3.1 billion, ranked No. 766, falling from No. 544 in 2017. Trump’s fortune has fallen $400 million since the 2017 Billionaires list, due to partially fallings values of Midtown Manhattan real estate and declining revenues at several Trump golf properties. (Trump’s net worth remains the same as it did when Forbes valued him in October 2017, for the 2017 Forbes 400 list of wealthiest Americans.)

Tweets by @forbesindia
Manisha Raisinghani is giving India's logistics industry a makeover
2018 W-Power Trailblazers: Returning to work is now a breeze thanks to this venture by Neha Bagaria