The ease with which diamantaire Nirav Modi left a ₹11,000-crore dent in the books of PNB leaves much to be desired in banking practices 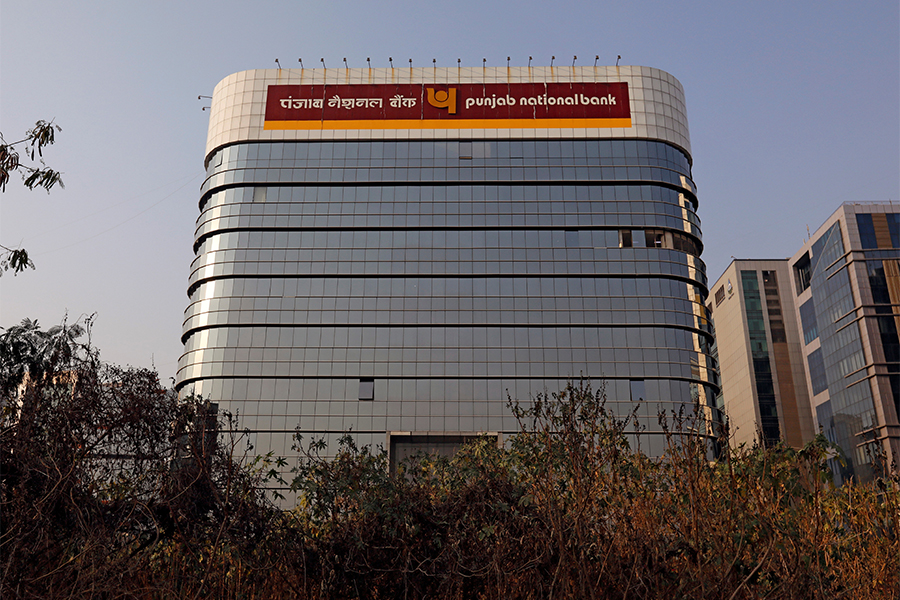 Punjab National Bank has blamed some staffers for the fraud, saying they issued fake LoUs. Image: Danish Siddiqui / Reuters
Maybe there is a case for the 'best' timing for a bank fraud.
Several of India’s state-owned banks have over the years grappled with the problem of weakening asset quality and bad loans. This has in turn brought their managements under the spotlight due to governance lapses and faulty decision-making.
The estimated ₹11,400 crore fraud at Punjab National Bank (PNB), which came to light in February 2018, makes the cry louder for the Reserve Bank of India (RBI) or even the finance ministry to act differently and take remedial action to repose the lost faith in the functioning of public sector banks (PSBs). A ₹2.11 lakh crore recapitalisation plan is not enough.
In the case of Vijay Mallya, where the still-elusive tycoon defaulted on vast sums of money to a consortium of banks led by the State Bank of India (SBI), the attention of investigating agencies moved to trying to bring back Mallya to India and little has been done to recover the monies.
In the PNB case, investigating agencies are pulling the plug on the supposed perpetrator of the crime—billionaire jeweller and diamantaire Nirav Modi—by attaching his properties, assets and bank accounts. There are also bigger questions and fears being raised, to which neither PNB nor the regulators have a clear answer.
Forbes India spoke to a range of experts, from forensic specialists to banking analysts and private bank risk management executives, to determine what could be the fallout of the PNB fraud to the overall banking system and assess how deep this rot runs.
Last month, India’s second largest PSB Punjab National Bank disclosed to the stock exchanges that it had discovered “fraudulent and unauthorised” transactions to the tune of nearly ₹11,400 crore in a Mumbai-based branch, which benefited Modi and the chairman and managing director of Gitanjali Gems, Mehul Choksi, who has been suspected to be involved in the money laundering case. Modi and Choksi have fled the country.
PNB officials blame a couple of its staffers at the branch for the fraud, accusing them of issuing fake letters of undertaking (LoUs) in favour of companies run by Modi. An LoU is a form of bank guarantee under which a bank allows its customer to raise credit from another Indian bank’s foreign branch.
The PNB bank staffers misused the SWIFT network—an encrypted messaging system—to transmit messages to other banks to transfer foreign currency funds, thus circumventing the ‘core banking system’, which ensured that the PNB bank management was unaware of the LoUs. Alarmingly, these transactions had been going on since 2011 and remained undetected until PNB disclosed the details.
The RBI, in a statement on its website, said that the PNB fraud “is a case of operational risk arising on account of delinquent behaviour by one or more employees of the bank and failure of internal controls”.

Systemic Risks
PNB is not alone in its bad lending practices. As on September 30, 2017, more than ₹1.1 lakh crore was owed to various Indian banks by over 9,300 people or companies characterised as ‘wilful defaulters’, according to a recent The Times of India report. Over 80 percent of this is owed to public sector banks, the report adds.
So here is the damaging truth: More risks definitely exist, particularly where governance and risk management processes are not well-defined or executed by state-run banks. Further, there is no guarantee that the LoU-SWIFT route is not being misused, in sectors apart from gems and jewellery.
“I was not shocked or alarmed by the quantum of the crime, but definitely concerned by the longevity of the fraud,” says Tarun Bhatia, managing director of Kroll, a US-based risk management firm, which in India advises clients on corporate due diligence, investigations, corporate governance and risk mitigation. 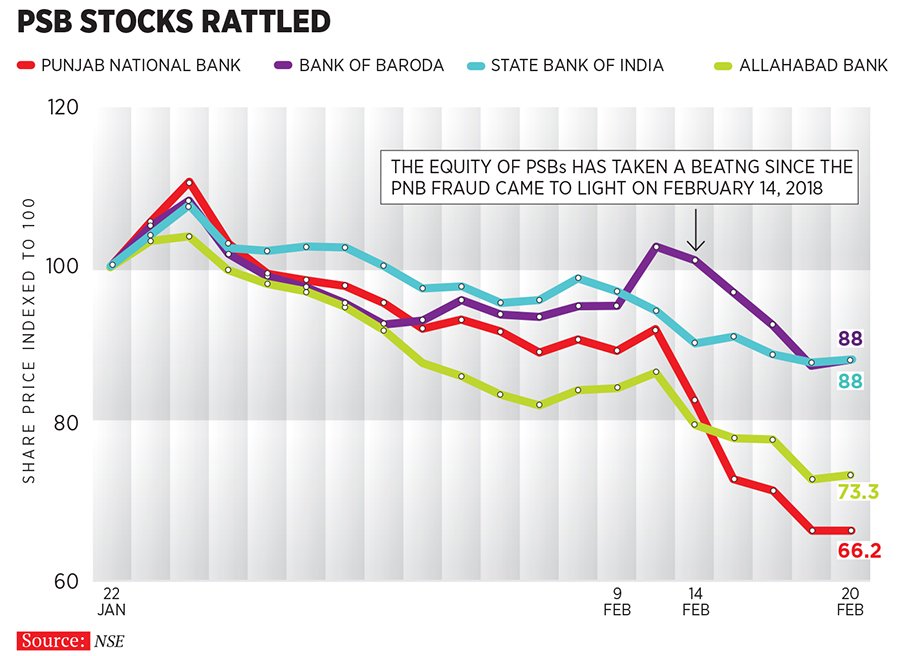 Finance Minister Arun Jaitley has come down hard on the role of auditors too. Though local auditors might not be able to detect a fraud of this nature, experts say that a foreign branch audit could have detected discrepancies, as the SWIFT system does link up later with the core banking system through the Nostro account (an account that a bank holds in a foreign currency in another bank).
“More risks to the banking system definitely exist. The fact that the fraud has happened for over seven years, in a large branch, in a high-risk industry suggests gaps in the internal and external audit processes and hence the auditors are accountable to some extent,” Bhatia tells Forbes India.
Banking analysts insist that PSBs with weak processes are at risk. “What is worrying is the stark process and repeated instances of similar frauds [like the default of Jatin Mehta-promoted Winsome Diamonds and Jewellery Ltd in 2013-14 to 14 Indian banks. PNB had the highest exposure here]. PSU banks continue to grapple with weak systems, raising questions on why the processes are not centralised, unlike most private banks where bypassing the core banking system is not easy,” Edelweiss Securities analysts Kunal Shah and Prakhar Agarwal said in a note to clients.
“The process used to carry out the fraud and the exposure risk (from PNB to other banks) suggest that the malaise could be higher. A fraud of this type can recur at almost any public sector bank, barring maybe SBI and Bank of Baroda, which have better controls in place,” adds another banking analyst with an equity research firm, declining to be named. Private banks are less at risk as questions about accountability and delivery are higher.
“This is one more case of poor 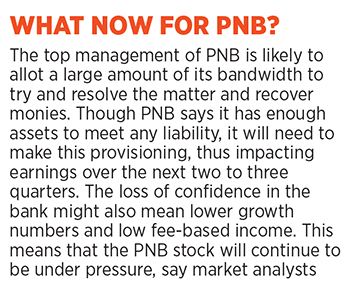 monitoring. Serious questions need to be asked about whether the PNB board and management regularly reviewed management information systems,” says a risk management officer with a private bank, on condition of anonymity. The analyst says: “We have kept a sell on PNB [stock] and most other PSBs. We don’t believe in the people, system or the processes followed by PSBs.”


(This story appears in the 16 March, 2018 issue of Forbes India. To visit our Archives, click here.)