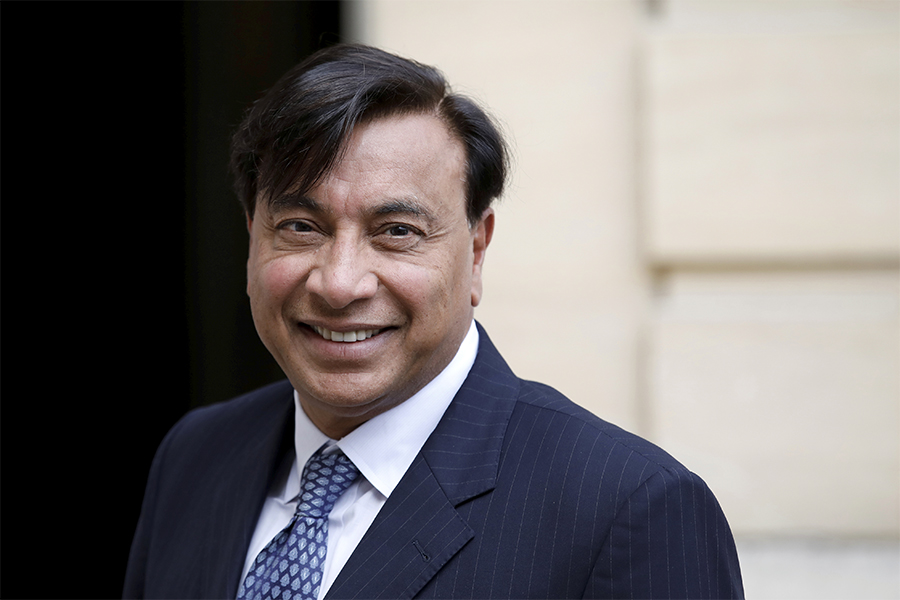 Lakshmi Mittal, chairman and CEO of ArcelorMittal. The company has made several attempts over the last 15 years to enter the Indian market. Image: Benoit Tessier / Reuters
ArcelorMittal has had a less challenging time navigating a nine-year slump in global steel demand than in making a successful entry into the Indian market. It’s hardly surprising then that the world’s largest steel producer sees the sale of bankrupt Indian steel plants as a once-in-a-lifetime opportunity.

Starting last October, a team comprising as many as 20 members from the company has worked on evaluating the three major steel assets on offer—Essar Steel, Bhushan Steel and Bhushan Power and Steel. It would be fair to say that as part of their research, they’ve toured plants, pored over the books and worked with bankers in getting a strong bid in place. When bids were called in February 2018, it emerged that ArcelorMittal had decided to bid only for the 10 million tonne Essar Steel, which has a fully integrated plant set-up in the coastal town of Hazira in Gujarat. It is the only integrated steel facility in western India, which makes it much closer to Indian customers. ArcelorMittal is up against Numetal, a consortium that consists of Rewant Ruia and VTB, a Russian bank. Rewant is the younger son of Ravi Ruia, who founded the Essar Group along with brother Shashi Ruia.
A successful acquisition would add a tad under 10 percent to ArcelorMittal’s global 114 million tonne capacity. In explaining why he believes the asset is worthy of a bid, Brian Aranha, executive vice president and head of strategy who was part of the team evaluating Indian assets, explains, “It’s no secret that over time as companies get into financial difficulties, they don’t make the best financial decisions.” He believes the full potential of the plant has not been achieved as yet and ArcelorMittal with its “strong technological skills and access to global markets” would make for a better manager. An industry insider that Forbes India spoke to concurs with this opinion, but is not willing to come on record. 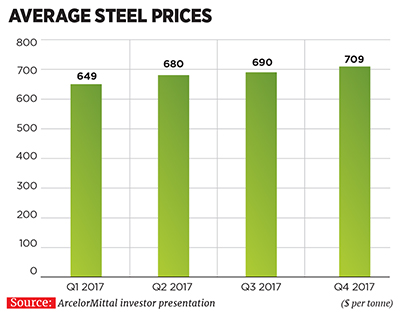 The company would be entering a market where per capita steel consumption is expected to rise steadily from the current 70 kg per person per year to closer to the 150 kg per person per year average in other developing economies. China consumes 500 kg per person per year although that number is expected to reduce in the years to come as the country completes major infrastructure projects.
With the long growth runway ahead, ArcelorMittal has made several attempts over the last 15 years to enter the Indian market. There were two greenfield plants that the company planned in Jharkhand and Odisha as well as an automotive steel joint venture with the Steel Authority of India. In addition, the company had a financial investment in Uttam Galva where it held 29.1 percent of the shareholding.

Besides, Mittal Ventures—Lakshmi Mittal’s personal investment vehicle—has a joint venture with Hindustan Petroleum, which has a refinery in Bhatinda, Punjab.
It is the Uttam Galva shareholding that has emerged as a bone of contention. Under the Insolvency and Bankruptcy Code, a promoter (or his directors or relatives) who has an account classified as a non-performing asset for over a year is barred from bidding. ArcelorMittal sold its shareholding in Uttam Galva on February 7, according to a filing on the National Stock Exchange. This was five days before the February 12 bid deadline for Essar Steel. A person with direct knowledge of the matter believes that the company would not run afoul of the provision as it had sold the stake before the bid was made. The Essar side would be hamstrung as Rewant is a relative of the soon-to-be erstwhile promoters of Essar Steel. The bid eligibility will almost certainly be challenged in courts by either side, according to the same person.
For now, ArcelorMittal believes it has put in place a strong bid. “We’ve submitted a detailed industrial plan which showcases our experience in turning around underperforming assets,” says Aranha. ArcelorMittal has had an enviable track record in turning around plants in locations as diverse as the Czech Republic and Poland and Kazakhstan and Algeria. People in the industry whom Forbes India spoke to believe that the Essar Steel plant is among the best assets available in India and have put its underperformance down to shortsighted management practices. They believe that debottlenecking certain parts of the plant after making small investments could improve productivity almost immediately.
The Hazira location and an upturn in the global steel cycle would also help ArcelorMittal to export from the plant. In the last year, China’s capacity cuts, an increase in European growth and the anticipated spending on infrastructure in the US have resulted in prices moving up. While the company states that the primary market for sales would be India, certain products like hot rolled coil or galvanised products could be shipped abroad.
While the bid amounts are not yet known or made public, it is clear that ArcelorMittal would have to take on additional debt to finance this acquisition. In 2005, the Arcelor acquisition left Mittal Steel saddled with a $35 billion hole in its balance sheet. When steel demand tanked after the 2008 global financial crisis, the debt proved to be a millstone around the company’s neck. Since then, it has pursued an aggressive plan to bring down debt, which at present stands at $12 billion and unused credit lines of $5.5 billion. “We have a balance sheet as strong as any in the business,” says Aranha, declining to share details pertaining to the bid amount. Adding an additional $5-6 billion to that figure is a worthwhile price for an asset they’d probably never be able to build from the ground up.

Tweets by @forbes_india
Punjab National Bank: The great Indian bank job
The Maharaja's jewels: How much are Air India's businesses worth?