Home to 18 percent of the planet's avian life forms, the country is a birder's paradise 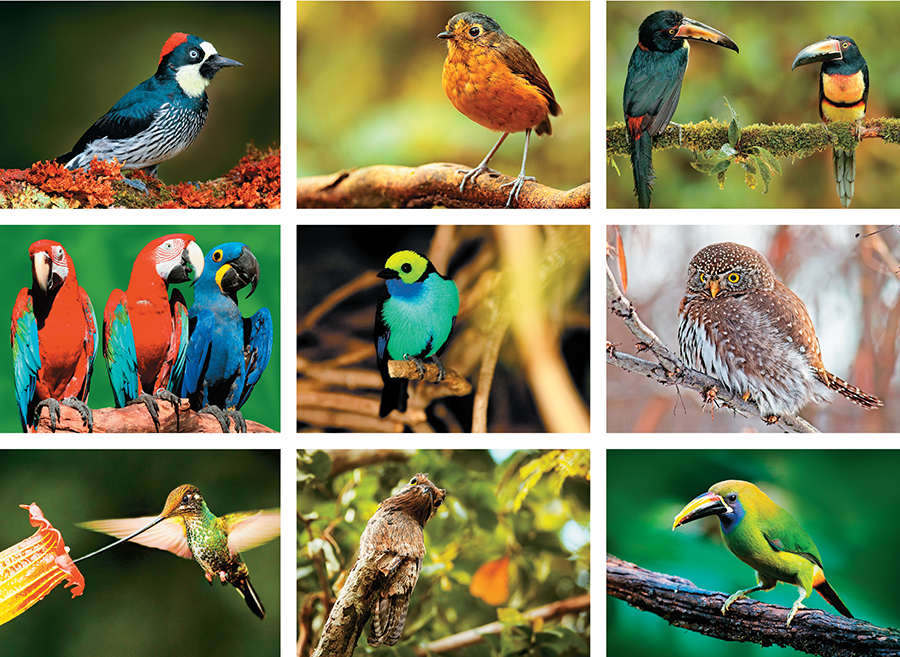 We have always wanted to visit Colombia. But, until recently, an ongoing conflict between the government, paramilitary groups, crime syndicates, and left-wing guerrillas had meant that travel was restricted. However, a peace deal between the government and Farc, one of the major revolutionary groups, gave us a window of opportunity that we couldn’t ignore.

Conventional tourists concentrate on the cities, such as the capital Bogotá, which is famed for its Museum of Gold. It has on display the largest selection of pre-Columbian gold artefacts in the world. The items, sacred to the indigenous cultures, represent the life of these ancient societies. Gold was also the driver reason behind the barbaric Spanish conquest of the Americas in the 16th century. Both Bogotá and Medellín also have museums and squares dedicated to the work of Fernando Botero, Colombia’s best known artist and sculptor. The pieces have a signature style: Figures depicted in large, exaggerated volume, sometimes signifying political criticism, sometimes humour.

Tourists also visit Colombia’s Triángulo del Café (the Coffee Triangle) centred around the towns of Manizales, Armenia and Pereira. Favourable temperatures, rainfall and soils in the region produce some of the best coffees in the world. Along the Caribbean coast are beach resorts that provide an escape from northern winters, spiced by slices of Spanish and English colonial history.

Our six-week trip, however, is focussed on the country’s wildlife. The Latin term lusus naturae means a freak or sport of nature; something that exhibits abnormal variation from type. Colombia is a lusus naturae of natural history. Although it covers only 2 percent of the planet’s land surface, it is home to around 18 percent (over 1,800 species) of its avian life forms, and more than 450 kinds of mammals.

This diversity is a function of Colombia’s topography. The separation of the Andes Mountains into three major distinct ranges and the Santa Marta massif creates isolated habitats that allow unique lives to develop.

Our journey takes us through the Eastern Amazonian region, the Llanos (a vast grassland cut by rivers that run east to the Orinoco and the Atlantic Ocean), the Central Andes and the Santa Marta/Caribbean coast.  We travel in November and December, the dry season, although we encounter intermittent rain.

Road travel is challenging. In the north, the Sierra Nevada Mountains rise steeply to a height of over 5,000 m, a mere 40 km from the coastal town of Santa Marta. The 15-km road journey to the Los Nevados Lodge in these mountains take several bone-jarring hours on a potholed road. A landslide near Hardin prevents our planned visit to the Yellow-eared Parrot Bird Reserve, which was created in a last-ditch attempt to save the parrot whose numbers have declined precipitously due to the harvesting of wax palms—the birds nest in and feed on their nuts. We are, however, fortunate enough to get a brief glimpse of the birds as they fly along a valley in their daily search for food. 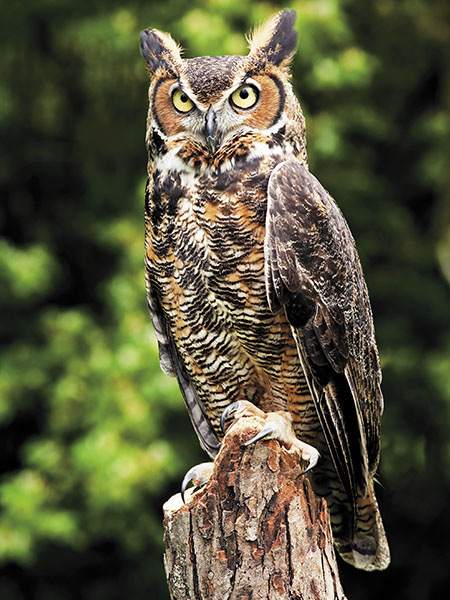 The Great Horned Owl
Image: DNDAVIS /Shutterstock
The locals are kind and generous despite their modest circumstances. We exchange a “buenos dias” or just “buenos” with everyone. In the Andes, an old man trudging back from a hard, long day in the fields asks us what we are looking at. We show him a long-tailed flycatcher through our telescope. The joy and surprise on his face is genuine.

Outside of the towns and traditional tourist areas, there are few foreigners. But even those few can be the source of much entertainment. For instance, at Termales del Ruiz, a hot spring resort, we come across some Russians who are on a road trip through the mountains—fuelled by crates of vodka—while we wait for the rains to stop and the skies to clear. Here, one of the Russians decide to strip naked, in the dining room, in full view of guests and staff, to change into his bathing trunks. He then makes his way to the boiling geothermal pool to warm himself. Applying the finishing touches to his display, he unfurls a black umbrella over his head to protect himself from the cold rain.

But nature provides an abundance of drama herself: High snow-capped mountains, deep valleys cut by large rivers as well misty cloud forests and dense rainforests, isolated pockets of which remain.

There are flycatchers everywhere, including the New World or Tyrant flycatcher, a large group of insectivorous birds. Their different species look irritatingly similar, and can be distinguished only by minor differences in plumage, bill shape, feeding technique or vocalisations. The forest understory offers shadowy glimpses of secretive antbirds that follow ant swarms looking to feed on the insects. Also very common are colourful parrots and macaws. Toucans and related species such as aracaris and toucanets, emblematic of neo-tropical forests, forage in the canopy or cloud forest. Their vividly coloured long bills enable them to raid the nests of other birds, taking their eggs and chicks.

Woodpeckers, hammering at tree trunks for insects, can be heard long before we even see them. For instance, although we hear the loud sounds of the Powerful Woodpeckers, one of the largest South American species, several times, we don’t manage to see a single one of them. Woodpeckers have made unique adaptations, such as small wrinkle-free brains tightly packed into their skulls, or special shock absorption systems, to avoid brain trauma from their percussive strikes. One favourite is the Acorn Woodpecker, with its bright red cap that sets off its white neck and throat; it’s how it gets its nickname—the clown.

We search at night and find a selection of owls, ranging in size from tiny Pygmy Owls to the massive Great Horned Owl. In the Santa Marta Mountains, a majestic black-and-white owl shows off its striped breast from which it derives its name. At Rio Blanco Nature Reserve, a rare Stygian Owl displays its prominent, unusually inward curving ‘ears’, actually feathers that protrude over its head. Its name refers to the River Styx, which, in Greek mythology, forms the boundary between the Earth and the Underworld.

The leaf litter of the forest floor yields nightjars, insectivorous birds whose cryptically coloured plumage resembles the barks or leaves of trees, helping to camouflage them during the day. We see potoos, upright, stocky birds with large heads, a massive bill and enormous eyes. Like the nightjars, to whom they are related, they blend in with the branches and stumps on which they roost during the day. 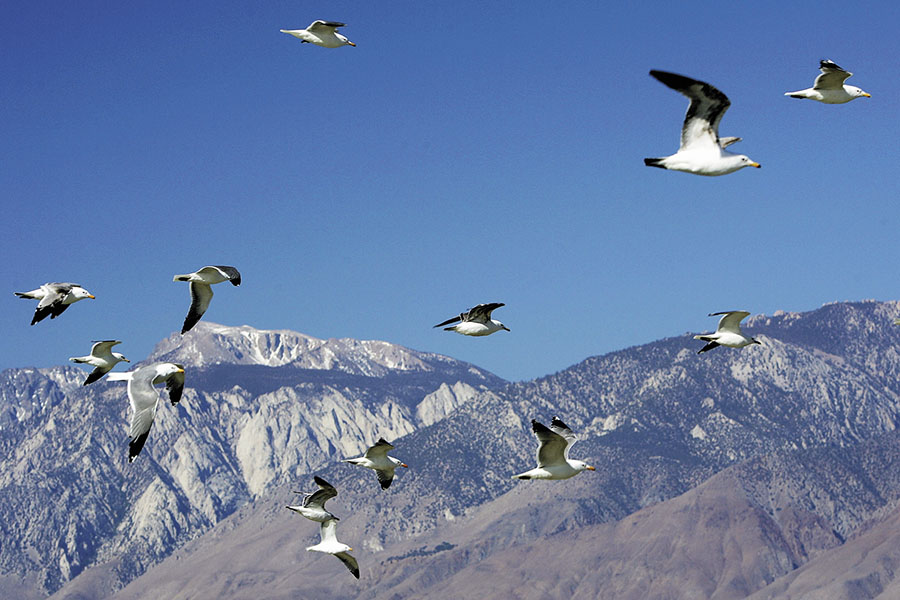 Colombia is famed for its antpittas and tapaculos. Plump, brown, terrestrial birds, they are difficult to see. Antpittas have distinctive songs and can sometimes be lured into the open with recorded bird-sounds. Some have become habituated to being fed by humans, and let birders get easier views. In the high Andes, we catch a fleeting glimpse of a hard-to-see Ocellated Tapaculo, a black bird with striking large white spots, a brown flank, and a reddish head and throat.

We see dozens of different tanagers, a large group of mainly canopy-dwelling fruit-eaters, including a rare White-capped Tanager, with its glossy black body, a prominent white crown and a bright red throat. We chance upon an unmistakeable Paradise Tanager, a gaudy combination of green, blue, black, grey, yellow and red. Then there is the multicoloured tanager: Males have a yellow crown, face, mantle, and throat; chestnut and black ear coverts; green nape and wings; blue rump, breast, and belly; and a black patch in the underparts.

The Andes is home to the largest variety of hummingbirds, with dazzling plumage and fanciful names: Hermits, Incas, Brilliants, Coronets, Sunangels, Starfrontlets and Slyphs. Hummingbirds get their name from the sound of their rapidly beating wings. At bird feeders, the tiny birds fly at high speed, flitting from perches to the feeding stations, displaying their extraordinary aerobatic skills. Their frantic flight requires the highest metabolic rate of any homeothermic animal, with heart rates frequently above 1,000. The birds must consume around 60 to 70 percent of their body weight in nectar or insects to survive.

Not all hummingbirds, however, are small. For instance, the 20-cm long Great Sapphirewing is large enough for humans to see its individual wingbeats. In contrast, woodstars are tiny: Five to 7 cm in length, and 2 to 3 grams in weight. The extraordinary Sword-billed Hummingbird has a beak that is longer than its body, with which it feeds on flowers with long corollas. But the long bill also prevents the bird from preening its feathers, for which it uses its feet.

The Andes is home to the largest variety of hummingbirds, with dazzling plumage and fanciful names

Even Colombia’s common birds look stunning: The ubiquitous Rufous-collared sparrow is striking with its black striped grey head and prominent rufescent collar; the golden-winged sparrow has a long and entirely yellow bill and a golden patch on its wings.

At Sumapaz National Park, a unique alpine tundra ecosystems of giant rosette plants, shrubs and grasses, we look for the Green-bearded Helmetcrest, a high-altitude hummingbird. But, we draw a blank. Later in the trip, after an early morning climb to over 4,000 metres in freezing temperatures at Los Nevados National Park, we get close views of the related Buffy Helmetcrest.

In all we see more than 750 species, a staggering 7 percent of all the birds on earth. But it is not the numbers. It is moments of transient pleasure at exquisite birds mixed with the disappointment of near misses or no-shows.

Our favourite places turn out be roads less travelled. One is Mitú on the Vaupes River. Located near the Brazilian border, this is an area of sand forest, which, in pre-historical times, was a beach and forms part of the sedimentary rock structure known as the Guiana Shield. The other is Otún Quimbaya Flora and Fauna Sanctuary, a narrow area along the Otún River near the town of Pereira. Both are small eco-tourism projects organised by local communities who run lodges and provide guides.

If the measure of a place is the pull to return, then Colombia is one of our favourite destinations. But its rich natural history is fragile. Despite the efforts of conservation groups, loss of habitat is destroying its biological diversity. For example, the only known habit of the recently-discovered Antioquia Wren is threatened by a proposed dam. We are lucky to have seen some of Colombia’s splendours, but will future generations be so fortunate?