Why Abe-Nomics May not Work for Japan 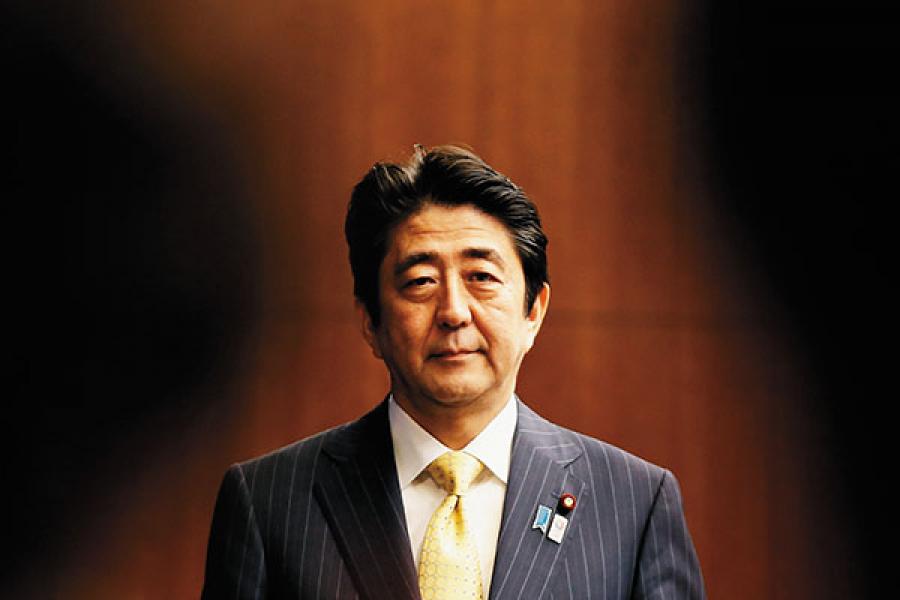 Activity is easily mistaken for achievement. The frantic activity of the Japanese government has prompted optimism, notably among foreign observers, that Japan can achieve a reversal of its economic drift. Under second-time Prime Minister Shinzo Abe, Japan has initiated a ‘three arrows’ economic recovery plan, christened ‘Abe-nomics’.

The first arrow is a 10.3 trillion yen ($100 billion) fiscal stimulus programme increasing public spending. The second arrow is an easing of the monetary policy to increase demand, investment and inflation to 2 percent. The third arrow is structural reforms to increase incomes and improve industrial competitiveness and productivity. Japan’s total-factor productivity in the manufacturing, non-manufacturing and agricultural sectors is the same as in 1991.

The programme is designed to increase growth, income, spending and inflation, and reduce the value of the yen to increase income from exports. The hope is that it creates a self-sustaining cycle of rising prices, rising wages and increasing economic activity. The policies have been tried before, with limited success.

The government’s spending programme follows 15 stimulus packages between 1990 and 2008. Based on experience, it may provide a short-lived boost to economic activity but will not create a sustainable recovery in demand. Investment will be mainly in non-tradable, non-competitive sectors like public infrastructure and construction, frequently adding to over-capacity and earning poor returns. The OECD recently identified the inefficient and ultimately wasted investments that characterised previous packages.

Japan has maintained a zero interest rate policy (ZIRP) for over 15 years and implemented several rounds of quantitative easing. The new plan will assist the government to finance its spending. It may also help devalue the yen and boost asset prices. But given that short-term rates were near zero and 10-year rates around 0.50 percent before the plan was announced, the effect of monetary initiatives on real economic activity are likely to be less significant.

Structural reform requires deregulation of inefficient sectors, opening them up to domestic and foreign competition. Reforms are needed in taxation, trade policy, labour markets, environmental laws, energy policy, health care, services, population and immigration. Many ‘reforms’ are vague statements of objectives. Many of the ideas are old. Many policies have been tried unsuccessfully. The required changes are also politically and culturally difficult.

Reform of agriculture would require reducing or eliminating agricultural subsidies, tariffs as well as anti-import restrictions on rice and dairy products. It would require changes in land laws that limit the size of farm plots. But attempts at serious reform put the government in conflict with its own supporters and financiers such as the farm lobby.

Initially, the Japanese stock market responded positively, rising around 70 percent since late 2012, with foreign buying a significant factor. The yen fell against the dollar from around 80 to 100, a decline of around 25 percent. JGB (government bond) interest rates fell initially anticipating Bank of Japan buying.

But in May 2013, the financial market began experiencing increased volatility. The stock market fell by over 20 percent, with daily price moves of 3-7 percent. JGB interest rates rose from around 0.50 percent to 0.90 percent. The yen also reversed its fall.

The reversals require closer scrutiny of the programme’s inherent contradictions.

Historically, a 10 percent fall in the dollar/yen exchange rate results in an increase in GDP growth of around 0.3 percent. But changes in the structure of Japan’s economy mean that a lower currency may not have the same effect on exports and growth today.

The global economic environment is weak with Japan’s major trading partners such as the US and Europe trapped in an environment of low or no growth. In response to the stronger yen and cost pressures since the mid-1980s, Japanese manufacturers have moved production overseas, reducing the benefits of a lower exchange rate.

Many Japanese exporters are financially weak. Japanese firms no longer have a significant technological advantage over competitors, primarily from South Korea, Taiwan or China.

Devaluation of the yen also pushes up the cost of imports. Since March 2011, Japan’s trade balance has been negative, reversing decades of surpluses. This reflects the shift of production overseas. But the most significant factor is the Fukushima nuclear disaster, which led to the shutdown of Japan’s nuclear power plants. This has increased import of fuel, oil and liquefied natural gas.

Increasing inflation to the targeted 2 percent level is designed to break the hold of disinflation or deflation on the economy. It is seen as essential for strong nominal growth, increased consumption and ultimately reducing debt.

Unfortunately, the simple adoption of a target does not guarantee rising prices. Before the recent initiatives, inflation, including energy but excluding cost of fresh food, fell 0.5 percent per annum in the year to March 2013, the highest rate of deflation in two years. There are limited signs of higher prices in the wider economy, at least as yet. The new initiatives may also create the wrong kind of inflation.

Japan needs demand-driven inflation, reflecting the effect of increasing wages, higher consumption and increased purchasing power. Lack of rising income, low economic growth and an aging population means a structural lack of demand. This is exacerbated by over-supply and excess capacity in many industries.

Current policies are more likely to create cost-push inflation. Devaluation of the yen has increased the cost of imported goods, such as energy, which has increased electricity cost by 11 percent.  Higher costs may, in fact, reduce consumption unless incomes rise commensurately. But wages reached their lowest level since 1992 in January 2013, albeit before the current initiatives.

Stagnant incomes are not offset by the wealth effect of higher stock prices. The bulk of Japanese savings are held as low-yielding bank deposits. Over 80 percent of households have never invested in any security; 88 percent have never invested in a mutual funds. Shares represent around 7 percent of Japanese household financial assets, compared to around 25 percent in the US. Rising stock prices affect a very small portion of the population, boosting consumption of luxury items rather than driving broad-based increases in consumption.

The conventional analysis that the current initiatives will increase consumption may prove incorrect. Rising costs may reduce purchasing power, unless matched by rising wages and real incomes. This would reduce spending and confidence, reducing the effectiveness of Abe-nomics.

The chances of Abe’s programme succeeding are limited. The failure of popular Prime Minister Koizumi’s ambitious policies in the early 2000s evidence the difficulty of implementing even modest reform in Japan. Bloomberg columnist William Pesek summed up the increasing doubt: “This faith that Japan is just one huge spending package away from bliss is becoming more detrimental with each passing year and credit downgrade. Abe-nomics really is more religion than reality.”

Tweets by @forbesindia
AirAsia: The Tony and Mittu Show
Cricket's Balance of Power at a Glance