Satyajit Das: The case against techno-optimism 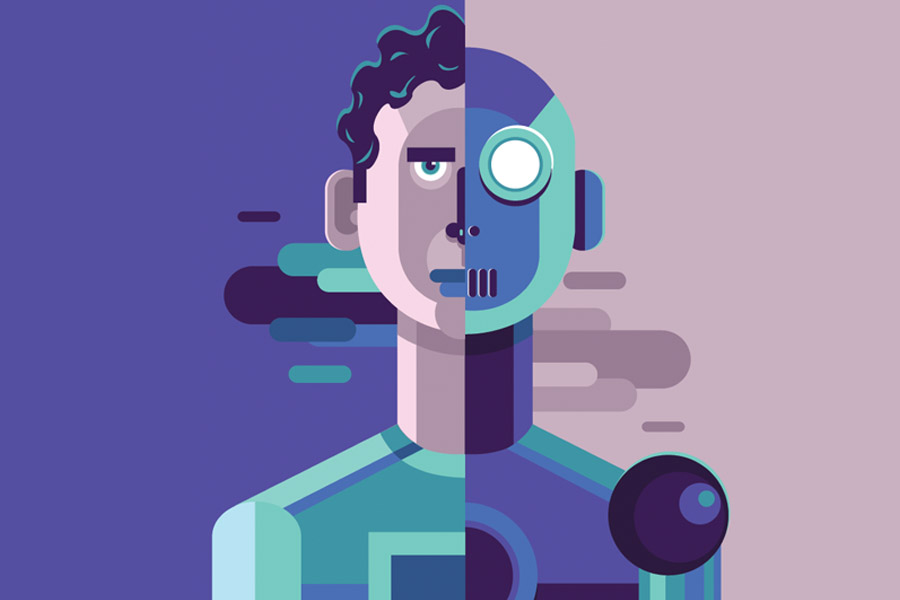 Over the course of human history, more so in the last 200 years, advances in technology have always been followed by an improvement in the standard of living of the general populace. In fact, the impact of any technological innovation can be assessed by four criteria:
• Quantum of change: The extent to which the innovation has altered existing activity.
• Dispersion: Whether a discovery is generic or specific, and the extent and speed of its adoption.
• Virtuous cycle: The ability of the innovation to create employment opportunities, and wealth, and promote other discoveries.
• ‘Long tail’ effect: The longevity of an innovation and its ability to be improved over long time horizons.

American economist Robert Gordon identified three different periods of innovation in modern times. The first Industrial Revolution (1750-1830) was characterised by the harnessing of power from steam and coal, which led to the development of steam engines, railroads and the mechanisation of the textile industry.

The second Industrial Revolution (1870-1900) was characterised by a series of inventions, such as electricity, internal combustion engines, modern communications, entertainment, petroleum/hydrocarbons and chemicals.

The third Industrial Revolution, beginning in 1960, is currently underway, and revolves around computing, telecommunications and the internet. Based on the identified criteria, Gordon argues that the transformation effected in the current epoch pales in comparison to that in the second Industrial Revolution, which had the biggest impact on overall productivity and living standards. Let us see why.

Nothing radical
Unlike the inventions of the second Industrial Revolution, the emphasis in the current phase is on expanding the usage, and increasing the efficiency, of existing processes. Computers, for instance, have helped automate repetitive, low-value clerical work. But, instead of reducing the workload this technology has merely dispersed it—word processing software has not ended the need to type out documents but eliminated secretaries and typing pools, leaving individuals to undertake the task themselves.

The new technologies do not radically reshape human activity. An electric or driverless car is still a car. The shift is not comparable to the transformation from animal-powered to fuel-powered transportation. Similarly, the internet and email may have improved speeds of communication but it is not as radical as the original advent of telephony and modern communication itself.

Consumption not innovation
In the third Industrial Revolution the focus is on consumption and improving the marketing and distribution of goods and services, with an ancillary impact on productivity. For example, in 2014 Amazon.com’s  app made it possible for customers to photograph a product, so that with the help of image recognition technology the app could order it from the online store.

Alphabet (Google’s parent) is more an advertising company than a technology company, deriving the lion’s share of its $75 billion revenue from this segment. Facebook’s business model is no different.

The internet boom of the noughties has focussed on instant messaging, online gaming, video games and new media. By 2016, users were complaining of fatigue as they were increasingly inundated by a flood of addictive but useless and invasive messages from a variety of fragmented applications.

Cannibalisation
Many of the new technologies displace or cannibalise existing industries, limiting their impact on growth and productivity. For example, gramophone records were replaced first by cassette tapes, then CDs, MP3s and now live streaming. Although it made minimal difference to their experience, people were forced to own the same music in several different media, together with the associated paraphernalia, creating a peculiar form of economy activity.

Smartphones and tablets have cannibalised desktops, laptops, portable music players such as Sony’s CD Walkman, MP3 players and personal digital assistants like the once ubiquitous PalmPilot. They have also replaced low-end cameras and watches. The revenue gain from smartphones is offset by the losses from the products it has replaced.

Disruptive not sustainable
The current Industrial Revolution may not be as transformative as it is made out to be because of its emphasis on disruptive technologies, a term associated with Harvard professor Clayton Christensen and his influential book The Innovator’s Dilemma. It differentiated between sustainable innovations—which improve products and make valuable changes for a firm’s customers—and disruptive innovations, which are cheap, low-quality products that initially reach less-profitable customers but uses the threat of potential products and new customers to dominate the industry.

Many ‘disruptive’ innovations rely on lower costs, use lower quality products or employ untrained individuals. Airbnb, for instance, lets people rent out their homes to travellers as an alternative to professional hospitality services; Uber allows individuals to use their own cars for transportation services.

The most notable effect is the alteration of industry economics. New technologies changed advertising rates in the US. The $51-per thousand views in a newspaper became $29 for TV, $15 for magazines, $4.70 for desktops, $4.42 for tablets and $1.31 for mobile devices. In the words of one commentator: “Newspaper dollars have turned to digital dimes and those in turn are turning into mobile pennies.” While advertisers benefitted, the loss of earnings of traditional businesses resulted in less employment, less investment, and lower R&D expenditure. Arguably, it increased the diversity of information available. But the absence of editorial oversight contributed to a loss of accuracy and quality.

Little economic impact
The key innovations of the third Industrial Revolution are easily scalable. The pervasiveness of the internet means that the expansion of an activity can happen without a commensurate expansion in investment and operational capacity. Many new innovations piggy-back on existing infrastructure like online stores that rely on current delivery platforms. In contrast, the creation of automobiles required the parallel development of ancillary industries—suppliers of steel, aluminium, rubber, fuel suppliers, servicing and repair centres as well as the entire road and highway system. New technologies, however, rarely create secondary industries at this scale. The new technologies, therefore, contribute to higher efficiencies but reduce the overall economic impact.

Shorter Lifespan
The hardware and software technologies that underpin some innovations are dynamic. This reduces their lifespan, leading to waste in terms of investment and also affecting the speed of adoption.

Unintended Consequences
The new technologies have complex side effects. Computing and connectivity have destructive unintended uses, like spam, viruses and cyber crime, including identity theft. It creates a redundant cycle of destructive innovation and counter measures, such as anti-virus and anti-malware software, which do not generate true economic value.

While it may simply be too early to judge the full impact of the third Industrial Revolution, it does not seem to be driving the epochal change that the generation of electricity or the invention of the internal combustion engine did. There are many important problems to be solved and innovations will continue in many fields. But there is an unreasonable and naïve expectation that technology and innovation will provide a quick and painless fix to the world’s problems, such as low economic growth, unsustainable debt levels, resource scarcity and climate change.

Satyajit Das is a former banker. His latest book is The Age of Stagnation.

Tweets by @forbesindia
There is a need to grow all of India: Sunil Munjal
It's showtime, folks! Don't miss these movies in 2018