The politics of innovation

Policymakers are placing their faith on technological advancements to boost flagging growth. But it is founded more on hope than reality 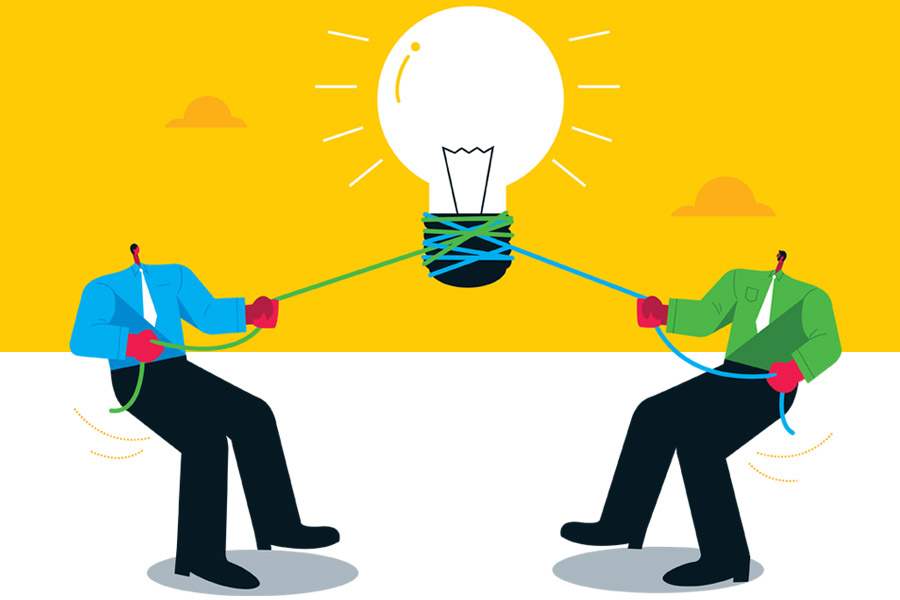 Illustration: Chaitanya Dinesh Surpur
Innovation is the latest social, political and economic battleground. Techno-optimists dismiss fears about innovation, typecasting non-believers as Luddites. The impact of recent technological changes, they believe, will be realised over time. Luddites, on the other hand, point to weaknesses in technology. 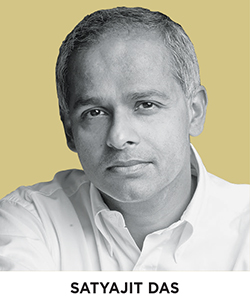 Then there’s robotic technology, which is extensively being used in manufacturing, especially of motor vehicles. Despite advances, they remain restricted in terms of power source, locomotion, manipulation and sensory perception. Robots have had difficulty completing simple, routine human tasks, such as sorting and washing.

Luddites point to technology as a source of problems. Sophisticated cyber attacks, malware and computer viruses cause chaos, disruption, data or financial loss, and personally or politically humiliating public disclosures. The cost of preventing these activities is considerable.

Despite these narratives, policymakers around the world espouse the need for innovation. It is a manifestation of ‘techno-nationalism’, a term coined by the technology historian David Edgerton in his book The Shock of the Old.

The reason for this focus is simple. Innovation would boost flagging growth, to deliver improved living standards and allow high levels of debt to be dealt with painlessly. It would help deal with environmental change (itself the result of uncontrolled and untempered technologies) without serious impact on economic activity and wealth.

This faith, though, is founded more on hope than reality. Innovation is not necessarily associated with strong economic growth and innovative economies are not always the most successful.

First, the idea of innovation as expressed by policymakers is vague. It ranges from fuzzy ideas of progress to more narrow industry policy. The objective is to increase growth and create employment, especially well-paid work. However, the connection between actual innovation and the identified objectives is tenuous, at best.

Second, there are few specific policy proposals other than advertising campaigns, subsidised financing, investment programmes, tax incentives and provision of infrastructure. Ironically, some measures reverse earlier funding cuts. They seek to re-establish research facilities that were scaled back previously. Tax and financing incentives generally attract astute (often foreign-based) businesses. These firms avail themselves of the benefits. There is no guarantee that they will continue to operate in specific locations once the subsidies are discontinued.

Longer-term initiatives, such as funding basic research, improving education or promoting science, may produce the best results. But they are inherently long-term, exceeding political temporal horizons.

Third, the prospects of success are uncertain. Genius and innovation cannot be engineered on demand. The pace of technological change of the 19th century may be difficult to rediscover.

Fourth, even if successful, smaller countries may be unable to capture the benefits. Businesses will naturally migrate to locations that are attractive in terms of availability of finance, cost, a suitable workforce, proximity to major customers and also tax structures. Public investment and support may create successes which do not provide returns to the sponsoring nation. Many innovations now allow relocation of activities to low-cost providers remote to the purchaser.

Fifth, technology affects inequality. New technologies may bypass traditional structures and institutions, empowering the disadvantaged. However, they also divide the digital haves from the have-nots. Lower-income families frequently lack access to technology, essential to participate in the knowledge economy which affects educational and employment opportunities.

New technologies, such as robotics, subtly affect the ability of emerging countries to develop. Historically, this has taken the form of using cheap labour to act as a manufacturing or business process outsourcing hub for developed nations. Automation, such as robotics, alters this process. Advanced economies, where higher labour cost structures have historically driven this form of outsourcing, are now choosing to retain these functions substituting technology for labour.

The process of ‘near shoring’ or ‘radical inshoring’ affects both economies. In advanced economies, it may reduce employment opportunities and wages. In developing economies, it restricts a familiar development trajectory in a process termed as ‘premature deindustrialisation’ by Harvard professor Dani Rodrik. In the US, manufacturing employment has peaked at around 25 percent of the workforce, whereas it is 40 percent in Germany. In developing countries, the peak appears to be much lower at around 15-20 percent. Given the strong link between manufacturing and development, this affects the economic prospects of emerging and frontier markets. Given that the process also affects global trade, it may also affect overall economic growth.

Sixth, many technologies require scale and the ability to operate globally. But fear of a new digital colonialism is leading to barriers of entry into many markets. This tension was highlighted recently by entrepreneur Marc Andreessen defending Facebook’s Free Basics, a controversial programme to provide free mobile internet in poorer nations, banned by Indian regulators. Andreessen used Twitter to criticise India’s ideological reasons for denying online access. He argued that the move was an economically suicidal decision based on India’s imperial history of fighting foreign economic intervention to the detriment of its own development and the interests of its people.

Facebook founder Mark Zuckerberg quickly disassociated himself from the remarks. Andreessen too belatedly deleted the tweet and issued contrite retractions.

The exchange highlighted deeper and legitimate concerns, focussed around global domination of the internet and technology by a few firms, unfair competition damaging indigenous competitors and control of crucial intellectual property and information.

Seventh, while some new innovations may prove significant, their overall impact will be limited. While a few creators capture large benefits, innovation now has limited effects on economic growth. The new technologies have not created entirely new large-scale industries which increase employment and income levels, as was the case with many 19th century inventions. Innovation has frequently entailed replacing labour with capital, reducing skill requirements, employment and wages. Given consumption makes up 60-70 percent of economic activity in developed economies, this is significant.

In the US, technology remains small (less than 10 percent) in terms of its share of gross value added of total output of US private enterprises and share of total private employment. IBM and Dell employ over 400,000 and 100,000 people respectively compared to around 10,000 for Facebook and around 50,000 for Google. Only around 0.5 percent of the US labour force is employed in industries that did not exist in 2000. Even in Silicon Valley, only 1.8 percent of workers are employed in new industries.

The debate is not new. In 1955, while showing off a new automatically operated plant, a company executive asked the labour union United Automobile Workers’ head Walter Reuther: “How are you going to collect union dues from those guys [the robots]?” Reuther countered: “And how are you going to get them to buy Fords?”

For the moment, with mounting economic problems and limited available options, policymakers have no choice but to place their faith in innovation.

Satyajit Das is a former banker. His latest book is The Age of Stagnation (published internationally as A Banquet of Consequences). He is also the author of Extreme Money and Traders, Guns & Money.