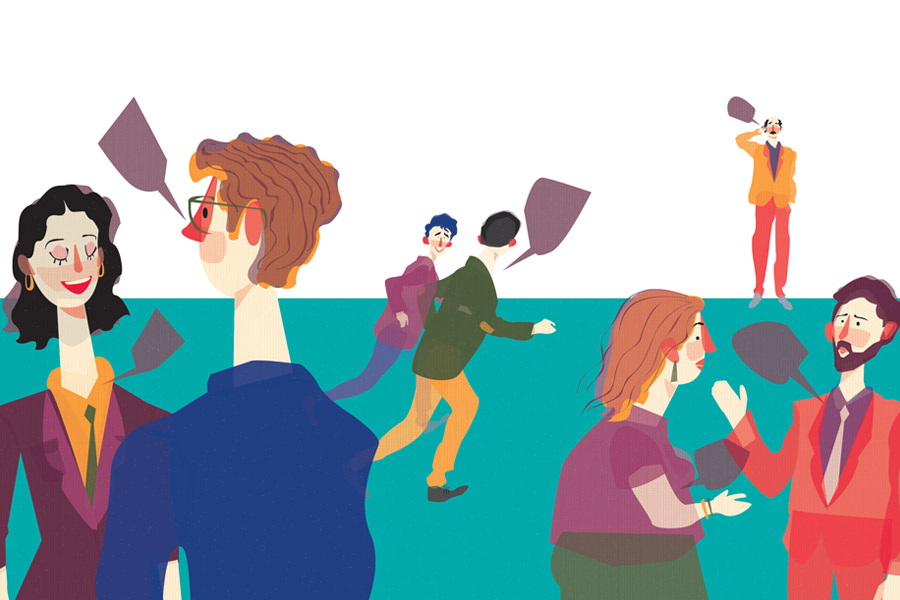 In late january, many global leaders—politicians, bureaucrats, business representatives and public intellectuals—make a ‘pilgrimage’ to the Swiss town of Davos for the prestigious annual summit of the World Economic Forum (WEF).

Davos, located in the predominantly German-speaking part of east Switzerland, was also the setting for Thomas Mann’s novel The Magic Mountain that reflects the alpine town’s history as a health sanatorium for tuberculosis patients. At the end of World War II, fleeing National Socialists used the town’s German-owned hotels and businesses to transfer large amounts of cash, gold and valuables out of the Third Reich.

To be sure, there are events that compete with the Davos summit: The St Petersburg International Economic Forum (SPIEF), the Boao Forum for Asia and the International Monetary Fund and World Bank annual meetings, for instance. There are even counterculture equivalents like Ireland’s Kilkenomics Festival (described as ‘Davos with jokes’ or ‘Davos without hookers’) where discussion panels are moderated by comedians in the backrooms of pubs. Yet, it is the WEF gathering that remains pre-eminent—the place to be seen.

In recent years, the WEF has focussed on economic matters and the new global context, which encompasses topics such as conflicts, instability and political, economic and technological changes. ‘Mastering the Fourth Industrial Revolution’ was the theme of the 2017 Davos summit. The irony was that world leaders, only few of whom have fully mastered their smartphones or basic computing equipment, discussed the future of technology.

Participants skirted the fact that what passes for new technology is familiar rent seeking that destroys jobs, erodes wages and exacerbates inequality, as owners of the technology benefit at the expense of others. It also remains unclear where the WEF’s future technological wonderland fits in a world crippled by unsustainable debt, the intractable trajectory of climate change, sluggish growth in Europe, Japan and emerging markets, conflict-driven immigration and geopolitical risk.

This year, too, over canapés and mineral water, the parade of leaders descending on Davos will focus on concepts such as geostrategic competition, new antagonists, global solidarity, exponentially disruptive change, a shared sense of uncertainty, the transformation of human identity and the shift from traditional hierarchies to networked heterarchies.

Curiously, the agenda will again include issues that world leaders, it was widely assumed, had solved at previous gatherings—economic slowdown, climate change, an unsteady global financial system, social inclusion, gender parity and agriculture and food security.

The WEF’s laudable attempt to provide a forum to discuss global problems illustrates the inadequacy of the existing architecture in dealing with these issues. Many decision makers avoid Davos, dismissing it as a talking shop. Others bemoan its transformation into another ‘networking’ or ‘thought bubble’ event, overpowered by consulting firms and lobbyists.

WEF attendees are estranged from real life. It is difficult for those who live in a cocooned world of wealth and power, generally paid for by others, to understand the concerns of ordinary denizens of the planet.

The WEF is also synonymous with groupthink. Participants ignored warnings about the increasing risk of complex finance in the period before the global financial crisis. Attendees continue to believe in ‘trickle-down’ economics, arguing the problem of poverty has largely been solved. Meanwhile, the number of people in the grip of poverty—defined as living on less than $2 a day—in sub-Saharan Africa has doubled to over 500 million since 1981.

The process lends itself to achievement by announcement and self-promoting and self-serving initiatives. Appearing at Davos 2015, former US vice president Al Gore and singer Pharrell Williams addressed environmental issues through a second round of Live Earth concerts to take place across all seven continents, including Antarctica.

In reality, little of consequence ever happens at Davos. The real genius of Davos is the concept itself. Founded in 1971 by German-born economist Klaus Schwab, it taps into the world’s voyeurism and innate shallowness. The WEF exemplifies a trend that John Kenneth Galbraith (ironically one of the first guests at the event) identified: “To proclaim the need for new ideas has served, in some measure, as a substitute for them.”

The Davos Men
The 2,000-odd members of the global elite who meet at the WEF are the ‘Davos Men’, a term coined by political scientist Samuel P Huntington. The cost of attendance is high, although it is rarely their own money and is tax deductible. Attendance is possible only if the WEF invites you to Davos and requires the payment of a fee. Then, there is a basic ticket which buys admission to general sessions. Additional fees elevate the participant to industry associate level, which allows participation at private sessions.

Businesses pay a large sum to become strategic partners, which allows multiple attendees (important people must be seen with their entourage).

The exclusivity of the WEF creates a form of reverse snobbism. Former chief investment officer at Pacific Investment Management Company Mohamed El-Erian publicly rejected invitations to Davos, penning an article titled ‘Why I Won’t Go to Davos’. El-Erian argued that he preferred more efficient time management and meetings with less time pressure and greater focus. Other luminaries who are not Davos devotees include Warren Buffett and Apple CEO Tim Cook. Google co-founders Larry Page and Sergey Brin and Facebook’s Mark Zuckerberg are also not regulars.

Network Effect
The quality of the intellectual talent present is usually not the reason most attend. World leaders, central bankers and policymakers rarely provide major insights or insider information, choosing studied caution in their utterances. Participants also regularly skip sessions other than the ones where they want to be seen.

In reality, it is a networking opportunity. Participants hope to build their Rolodex and speed dating allows face time with clients, regulators, politicians and peers. Firms can promote views beneficial to their business and financial interests in a seemingly benign environment.

It may also allow access to leaders which would be difficult outside of Davos. In 2006, using his network, Stephen Schwarzman, the chairman, CEO and co-founder of Blackstone, arranged to meet with Chancellor Angela Merkel to counter German hostility towards private equity firms. Blackstone subsequently purchased a stake in the German telecommunications company Deutsche Telekom.

Some business leaders feel obliged to attend Davos because their peers or customers do. For others, it is an antidote to the insecurity or loneliness of leadership. Financial Times columnist Gillian Tett once quipped that it was “a self help group for the global elite”.

Davos’s attraction is proximity to wealth. John Kenneth Galbraith could have had Davos in mind when he noted: “Nothing so gives the illusion of intelligence as personal association with large sums of money. It is also, alas, an illusion”.

Exclusivity is important. Access is limited to people whose adoring and uncritical media profiles promote their purported genius and ability to walk on water. This obviates the sheer inconvenience of having to put up with other people who are not of the requisite calibre. The special can associate only with special others who understand them.

Davos also provides the opportunity to differentiate your own standing within the elite. Did you fly commercial or on your own private jet? Where are you staying? Does your driver have a sticker allowing door-to-door pick-up service? Did (insert name of rock star/world leader or statesman/scientist) attend your soiree?

Ultimately, the real problem is that it reinforces the global elite’s deep insecurity and fears. Steve Case, founder of AOL, once told author David Rothkopf: “You always feel like you are in the wrong place in Davos, like there is some better meeting going on somewhere in one of the hotels that you really ought to be at. Like the real Davos is happening in secret somewhere.”

Satyajit Das is a former banker. His most recent book is Age of Stagnation. He is also the author of Traders, Guns and Money and Extreme Money