Regulators have been keen to cap shareholding limits in institutions, be they promoters or individuals, to improve governance. But this has only caused splintered shareholding and new problems 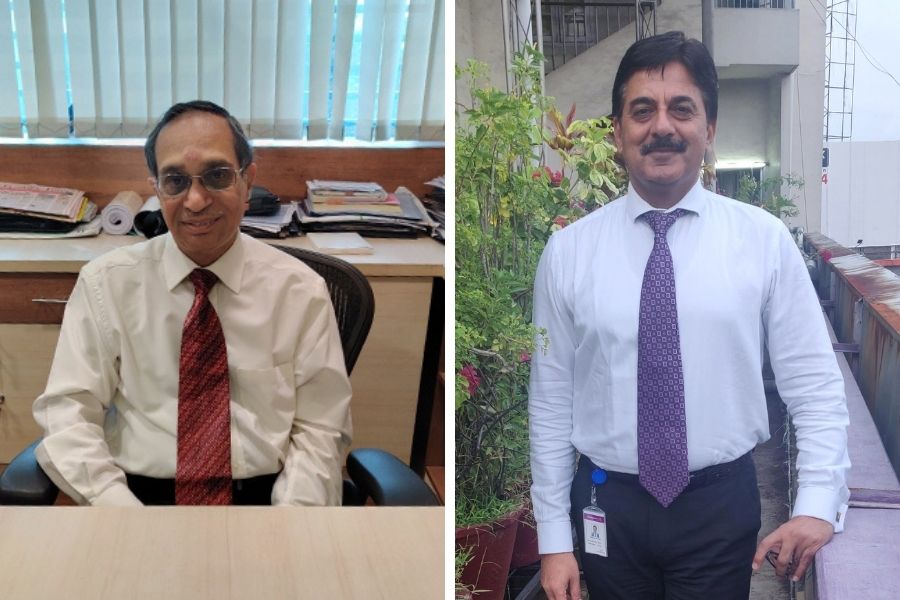 In recent weeks some of India’s large private banks have been jolted out of their daily humdrum, their leadership ousted by a small group of activist shareholders who stormed in to exercise control. While protection of minority shareholders’ rights and – depositors, in the case of banks – has been the predominant trigger to cap shareholding levels in an institution, these recent instances suggest that there might be a need for the regulator to rethink a few norms. Last month, the managing director and CEO of two private banks, Lakshmi Vilas Bank’s (LVB) S Sundar and Dhanlaxmi Bank’s, Sunil Gurbaxani were cast out, bringing these already weak banks to their knees and making their future even more uncertain. In both cases, a small section of shareholders decided to exercise their power to vote out or act against individuals who they thought were detrimental to the interest of the bank. A few years ago, the Tuticorin-headquartered private sector bank TamilNad Mercantile Bank suffered when a small community of its shareholders voted against a resolution to make the bank a listed entity at the AGM in January 2016. This debate for an initial public offering (IPO) continues to remain stalled. In the current decade, India has seen the mushrooming of proxy firms which play an active role in advising institutional investors – who were often active only in mergers and acquisitions or raising capital – to exercise their voting rights. These have resulted in high profile debates between shareholders and promoters/directors at the board level. “For the smaller banks, it is in the shareholders’ interest that they don’t allow the cadre to develop at all. The activism can be confined to just 1-2 people,” says a banking consultant, who has been on the board of several private banks, declining to be named. Splintered shareholding To reduce the impact of an individual shareholder or those acting in concert, the Reserve Bank of India has, in the case of individuals and non-institutions (other than promoters), capped shareholding at 10 percent of the paid up capital; for individual promoters of existing banks it is at 15 percent. In the case of ‘regulated, well diversified, listed entities from the financial sector’ and shareholding by supranational institutions or public sector undertaking or the government, a uniform limit up to 40 percent of the paid up capital is permitted for both promoters and promoter group and non-promoters. In the case of Dhanlaxmi Bank, around 30 percent of its shareholding is in the hands of four individual shareholders. Concerns of indirect shareholding, where individuals act in concert despite having individual shareholding capped at 10 percent, have been raised in some banks. All of this has led to the RBI introducing stringent norms relating to shareholding limits of individuals, which has led to splintered ownership at the board level. 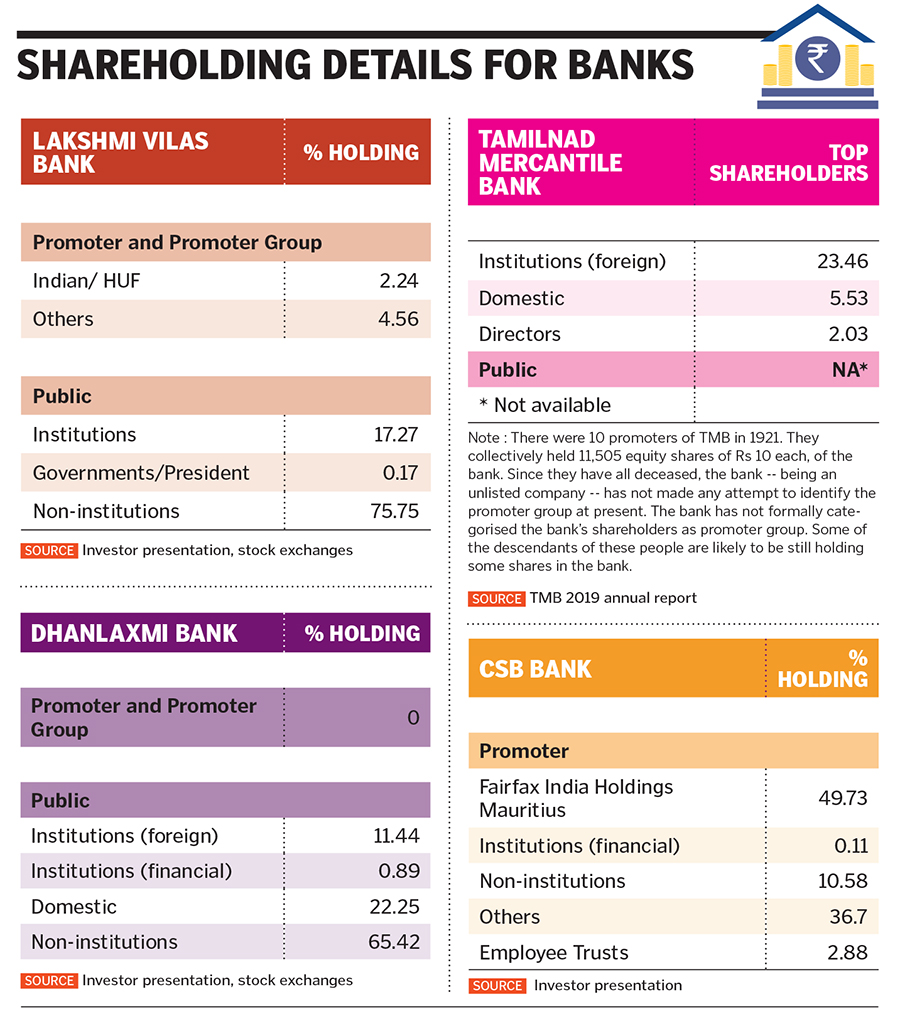 In the case of Dhanlaxmi Bank, only 154 shareholders out of 80,000 participated in the AGM in September. And of the 154 only a handful voted against Gurbaxani. “There is an impact of splintered shareholding in an institution. As long as shareholder activism is acting towards non-performance, it is valid. But if it is aimed to garner or exercise control, then it is detrimental to the health of the institution,” Gurbaxani tells Forbes India. Shriram Subramanian, managing director of proxy firm InGovern, says splintered shareholding – where it is directionless – gives power to some shareholders while, in some cases, it causes apathy in voting. For LVB, which anyway wasn’t in good shape – it has reported net losses for the past ten quarters and gross non-performing assets (GNPA) as a ratio to total advances is at a high 25.39 percent – the activism compounded problems as the bank could not raise fresh capital or find a stronger financial partner to merge with. But do regional differences in mindsets and culture result in these shareholders not being able to see eye to eye with the management? Gurbaxani insists that the Dhanlaxmi incident had nothing to do with cultural differences. “It was just a smoke screen created. The fire was somewhere else. The problems started only because of action against some activities which were not prudent and were violating bank governance.” The issues related to contractual employees attending board meetings. It was seriously objected to by the RBI and led to the ousting of Dhanlaxmi Bank’s P Manikandan, a retired chief general manager -- who was not a member of the board but attended board meetings of the bank. It probably did not go down well with a section of the shareholders and they sought action against Gurbaxani. Gurbaxani cites data to prove that his performance was sound. Casa, a key matrix of a bank’s financial health and ability raise money at low rates, grew by Rs 248 crore in the April to August 2020 period for the bank, compared to a depletion of Rs 145 crore in the last full fiscal year. Similarly, total deposit growth for the bank at Rs 467 crore in the April to August period was higher than Rs 297 crore in FY20. "I am happy that I have walked out with my head held high. I will not sacrifice my self-respect and dignity. This was a professional setback, I don’t know how to react…but I know I have bigger opportunities ahead of me,” Gurbaxani says. LVB and Dhanlaxmi Bank are now being run on a daily basis by a committee of directors, appointed by the RBI. For all the good intensions of the CoD, it impacts growth and strategic decision making in an institution. Hence these can only be short-term measures. No ventilator, deep surgery needed To improve governance, the RBI has also been keen to segregate bank ownership from management. There is now a fresh move to consider capping the promoter’s influence on an organisation. An RBI discussion paper in June this year proposes that “10 years is an adequate time limit for a promoter / major shareholder of a bank as whole-time director or CEO of the bank to stabilise its operations and to transition the managerial leadership to a professional management. A final decision on this matter is still pending. The issue involving the maximum permissible ownership of promoters became high-profile debates for academicians, banking experts and regulators, after cases involving Uday Kotak, managing director of Kotak Mahindra Bank and Chandra Shekhar Ghosh, the founder, managing director and CEO of Bandhan Bank. Life Insurance Corporation has also not been spared. The government has indicated to the LIC that it, though being a long-term investor, will have to reduce its holding in IDBI Bank by 10 percent in coming years. The debate on whether promoters who have founded the institution should have more shareholding in the organisation, as they know best about wealth creation for all stakeholders, will continue to rage. Till then, the RBI will need to take strong remedial action in the institutions which do not enjoy transparent and well governed boards. Issues relating to indirect shareholding will also need to be addressed. The need of the hour is a quick remedial action to restore confidence of depositors. In previous decades, the RBI used to introduce moratoriums on the banks until the issues were resolved. But putting an institution on a ventilator is not a solution. Experts say that you will never get a proper treatment and neither will you come back to good health. An institution will need deep surgery so that the right message goes out to all shareholders that governance and transparency will be supreme. This means that the RBI will have to act fast.