'IT Act doesn't allow for regulation of digital news media' 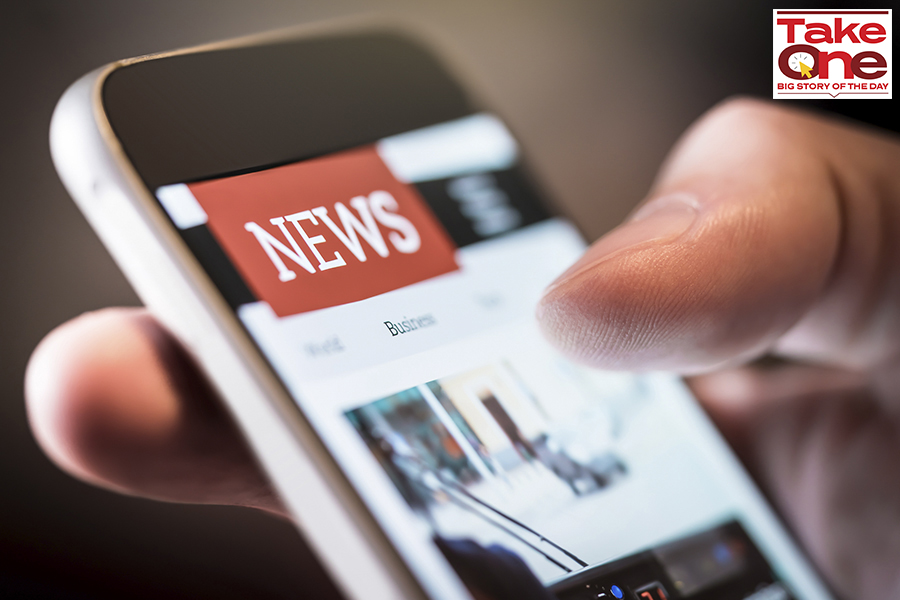 The Information Technology Act, 2000, under which the Digital Media Code Ethics was notified to regulate digital news publishers, does not have any provision that allows for such regulation, argued the Foundation for Independent Journalism (FIJ) and The News Minute, before the Delhi High Court on Tuesday. “Intermediaries and publishers are two mutually exclusive classes”, and thus the rules that seek to govern intermediaries cannot apply to digital news publishers, said Nitya Ramakrishna, senior advocate, on behalf of the petitioners.  The petitioners want the Digital Media Code of Ethics, as far as it applies to news publishers, as “void and inoperative”.

The division bench, comprising Delhi HC Chief Justice DN Patel and Justice Jasmeet Singh, was hearing a petition filed by FIJ, a not-for-profit company that publishes The Wire, MK Venu, director of FIJ and founding editor of The Wire, and Dhanya Rajendran, founder and editor-in-chief of The News Minute and chairperson of the Digipub News India Foundation. The petition was against the Digital Media Code of Ethics that was notified by the Ministry of Electronics and Information Technology (MeitY), as part of the Information Technology (Intermediary Guidelines and Digital Media Ethics Code) Rules, 2021 on February 25.  The petitioners’ key arguments are that the new regulations go beyond the enabling sections of the Information Technology Act (IT Act), and they attempt to proscribe content on the basis of vague and subjective grounds that have already been voided in Supreme Court’s Shreya Singhal judgement of 2015. The petition argues that the Press Council Act, 1978, which regulates newspapers, or the Cable Television Networks (Regulation) Act, 1995, which regulates cable television operators, both provide for a code of conduct or a programme code. The IT Act, on the other hand, “neither intends nor provides for the imposition of a programme code, or regulation of news portals in any manner”. You can read the petition here. *** ‘Publishers are not intermediaries’ Ramakrishna argued that the new rules have been notified under clauses (z) and (zg) of Section 87 (2), which is traced to Section 87(1), which allows the central government to make rules under the IT Act, both of which deal with intermediaries, not news publishers. Ramakrishna made it clear that digital news publishers, “which are akin to newspapers”, are not intermediaries. On being asked by Patel, Ramakrishna listed “Google, Facebook, Twitter, ISPs like Airtel” as examples of intermediaries. He further asked if news publishers are intermediaries? “I am not at all an intermediary. The rules recognise me as distinct and exclusive from intermediaries. The Act does not recognise me at all, it does not even have me in contemplation. The rules set up a special definition for me,” she explained.  Clause (z) deals with Section 69A, which allows the central government to issue directions to an intermediary to block content in the “interest of sovereignty and integrity of India, defence of India, security of the state, friendly relations with foreign states or public order or for preventing incitement to the commission of any cognisable offence relating to above”. Ramakrishna reminded the court that in the Shreya Singhal judgement, the SC had ruled that Section 69A has limited and specific emergent powers.  Clause (zg) deals with the safe harbour provision of Section 79(2) through which an intermediary is not held liable for the user-generated content. The petition compared such regulatory regime to “allowing power looms to be regulated under the Electricity Act merely because they employ and use electric power in the course of their business”, and to regulating the profession of plumbing under the Water Act.  “It [Section 69A] arises in an emergency situation, and I will tell you what the purpose behind it was. Because in an electronic world, the intermediary is an involuntary participant, because Section 79 of the IT Act renders an intermediary immune from any criminal prosecution. Therefore, if there is an emergent danger to the nation, while issuing a directive to that intermediary, a whole site may be blocked,” Ramakrishna said. This, she added, is “a far cry” from allowing the central government to “periodically sit on any and every news item that I publish” and approve or reject it, or issue directions to modify or delete it.  *** Curbing freedom of press Under the Digital Media Code of Ethics, a three-tier regulatory mechanism has been directed to regulate digital news media portals. This mechanism is headed by an Inter-Departmental Committee, which is chaired by an officer from the Ministry of Information and Broadcasting (MIB) and whose members include officials from the ministries of home, defence, external affairs, IT, law and justice, women and child development, among others. The petition describes measures—such as modification, deletion and blocking of content—that this committee can recommend to the MIB as “draconian”.  The petition also argues that the regulatory mechanism adjudicates on “wide and vague terms”, such as “half-truths”, “good taste” and “decency”. Such ambiguity, as Ramakrishna said, was struck down in the Shreya Singhal judgement, which struck down Section 66A of the IT Act. The HC division bench has issued notice to the Union of India through MeitY Secretary Ajay Prakash Sawhney and MIB Secretary Amit Khare. The notice was received by Ajay Digpaul, the standing counsel for central government in the Delhi HC.   Ramakrishna asked that in the interim period, the state be told not to take any “coercive steps” against the petitioners. Patel told her to file applications in case such steps are taken. The matter will next be heard on April 16.