The fastest draw in the South

As this page goes to press, we hear that ad agency Lowe has won the Channel [V] business, with a pitch positioning the channel as “Bloody Cool.” That job, we thought, had been done earlier, in 1993, with the channel’s Quick Gun Murugan promos.

Those delightfully hammy, hyper-coloured shorts with their portly Tam cowboy’s “Oru whiskey, oru masala dosai” and “Mind it!” were a huge favourite with a generation learning to be proud of home-grown music, giving weight to the tagline, “We are like this only.” (That the channel eventually became a modernised Chayageet and an adjunct to Bollywood is another story.) 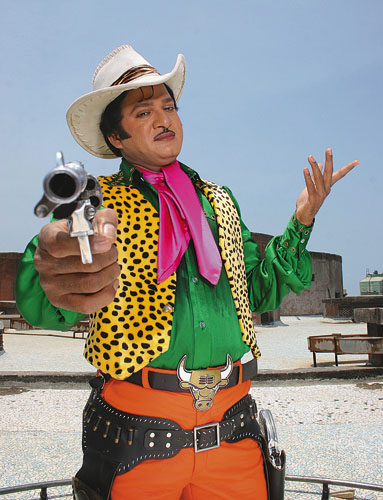 Mind it!
Sixteen years ago, director Shashank Ghosh tells us, the then-head of Star TV Asia, Gary Davey, proposed that the concept be made into a full-length feature film. Now, Quick Gun Murugun the movie is set to hit the screens by end-August. It has many from the original team behind it: Ghosh, writers Rajesh Devraj, with  Suresh Manian, producer Anand Surapur. In Devraj’s script, veteran Andhra star Dr Rajendra Prasad plays a vegetarian cowboy defending the cows of the land from becoming beef dosais. QGM, we predict, will win hordes of new fans. We recommend you line up to see him break down the doors in a new arena: Non-formula home-grown cinema.

Tweets by @forbes_india
Low Times
A Coming of Age