Picture a tired hiker stopping to rest beneath a tree on a windy day. Before she sits down, she looks up to see if there are any loose branches the breeze is likely to dislodge. Just by studying the way a branch moves in the wind, she may observe how strongly connected to the tree it is and the likelihood that a gust of wind may cause it to fall on her head.

The hiker’s story is an expression of a famed proof in statistical physics called “The Fluctuation-Dissipation Theorem.” This theory says that under some conditions, there is a direct connection between seemingly unimportant “noise” in a system and the system’s inherent structural properties. 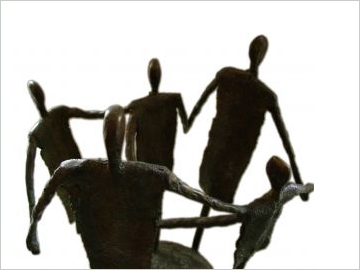 By watching the seemingly unimportant motion of the branches, the hiker may be able to make a determination about the health and strength of the trunk high above her. Physicists can use this theory to deduce the properties of a liquid by observing the random “noisy” motion of micro-particles immersed in it.

This same idea may also be able to help forecast a product’s sales. Myself and colleagues Jacob Goldenberg from IDC Herzelia and Danny Shapira of Ben Gurion University, both in Israel, have hypothesized that the way some sales data fluctuate over time are directly related to a major structure through which products spread: social networks.

This sort of research is particularly useful to managers just after a product launch, when there is only very limited sales data available. During that delicate time, when some managerial decisions may prove critical to the fate of a product, uncertainty prevails amidst the drip-drop of small-numbers, early-stage sales. We’ve conjectured that this seemingly irrelevant early-stage “noise” can be used to tell us something about the fundamental properties of the social networks through which the new product is spreading.

This matters because the social networks through which successful products spread may be fundamentally different than the social networks through which failed products spread. Take athletic shoes, for example. One teenager may pressure his parents to buy a new pair of shoes because the two best players on his soccer team also have them. Another may get them because his grandmother received an ad for them in her Sunday newspaper just before his birthday. If companies know their early sales are traveling through networks like the first, rather than the second, they can quickly devote marketing resources to a product that’s likely to be a hit.

My colleagues and I expect that we can tell the difference between the two phenomena simply by observing mathematical patterns in sales. The statistical pattern of sales of a product that spreads through advertising and promotions to a wide audience should look different than those that move quickly through a tightly-knit group of people like a soccer team.

Some products take some time to diffuse and may seem to initially falter, even though they may eventually be successful, given the right exposure and market conditions. Parsing the information encoded in the smaller-scale sales movements, gives a basic measure of how the product spreads on the micro-level of, say, small groups of consumers. Those basic patterns of small-scale diffusion of the product will, to a large extent, be indicative of how the product could succeed on the macro-level in the long term.

Like the hiker who can’t see how strongly a branch is attached to a tree but can conjecture something about it from how it moves in the wind, we should be able to learn something about a product’s movement through a social network without ever observing who the shoe customers are or which soccer team they play for. These patterns in early sales data carry the footprint of the products’ influence network—and thus clues to its fate.