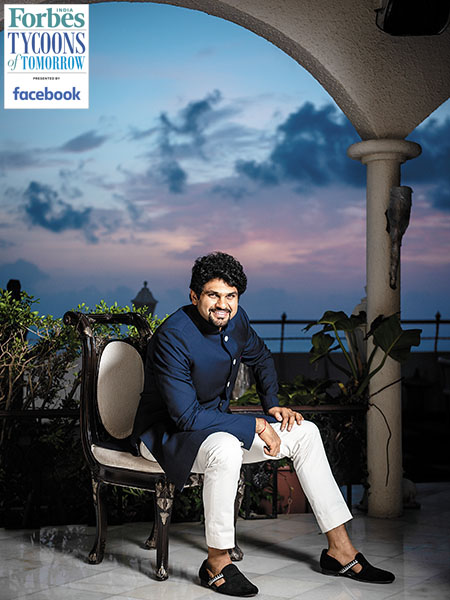 Anant Goenka, executive director of the Indian Express Group
Anant Goenka, executive director of the Indian Express Group—and son of Indian Express Group Chairman Viveck Goenka—would appear to be in an unenviable position. After all, the business of news publishing in India has always been tough and now with ever-evolving digital technology and usage, and intense competition, it’s only become tougher. But Goenka, who joined the Indian Express Group in 2012, taking charge of the digital media division, has made major strides in just six years. When he joined the family-owned unlisted print media conglomerate founded by his great grandfather Ramnath Goenka in 1936, the flagship brand was ranked No 15 in terms of news websites visited, according to Nasdaq-listed cross platform measurement company comScore. Now, with 130 million unique views (UVs) per month, it is at No 3 among news sites, behind The Times of India and NDTV. The online edition of group publication Financial Express stands just 2 million UVs short of industry leader The Economic Times, says Goenka.Click here for the full Tycoons of Tomorrow list
India’s digital news and analysis space is also crowded with a range of startups and news platforms, beyond the traditional news publishing houses—from subscription-based websites such as The Ken and ET Prime to news sites such as Scroll and Inshorts, and media sites such as ScoopWhoop and Buzzfeed. Goenka declined to share profit numbers; however, in FY19, the Indian Express Group’s revenues from digital—which includes the website, mobile app and epaper—could cross ₹75 crore, a jump of more than 40 percent over the previous year’s ₹53 crore. The digital business will also be Ebitda positive. “My focus is to continue to push the envelope of journalism and technology together, it cannot be either or,” says Goenka, adding that it was advice he got from New York Times publisher Arthur Ochs Sulzberger Jr, during a recent interaction. But even with the number of internet users in India rising— estimated at 500 million in June 2018, according to the Internet and Mobile Association of India—Goenka says digital content does not cannibalise print content. “The penetration of print is low in India [20 percent compared to about 80 percent in the West] and the industry will continue to grow in India,” he says. The challenge, whether in digital or print, says media entrepreneur Ronnie Screwvala, is understanding that the consumer is more important than understanding technology. “In Anant’s trade, consumer trends and focusing on the younger demographics are key; while platforms and technology will be an enabler.” Besides expanding to publishing in multiple languages over the past five years, the Indian Express Group also launched Indian Express Audio in June this year. Within the Express Group, the average engagement of a person, across platforms, is 3.05 minutes. Click here for the full Tycoons of Tomorrow list
“But through audio, I can keep the person engaged for between 8 and 15 minutes, depending on the show,” says Goenka. Indian Express Audio has various shows covering a range of topics from news analysis and issues to lifestyle and authors.