The inaugural event in Mumbai on September 25 will bring together entrepreneurs, sportspersons and filmstars 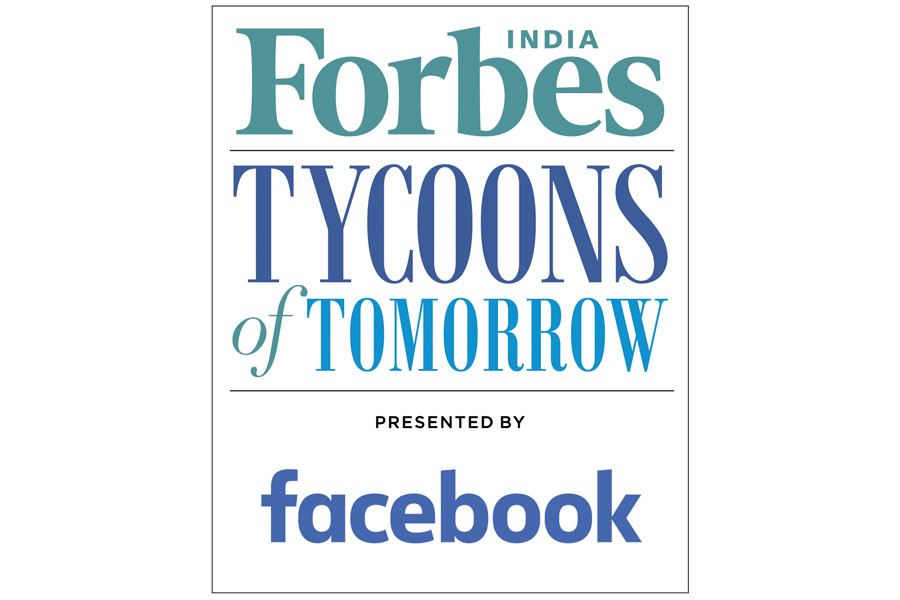 With some of India’s biggest future icons in attendance, the Forbes India Tycoons of Tomorrow event to be held in Mumbai on Tuesday, September 25, promises to be a star-studded celebration of the country’s outstanding young innovators, entrepreneurs and trailblazers.

The felicitation ceremony will honour distinguished achievers, who are part of this year’s ‘Forbes India Tycoons of Tomorrow’ list to be unveiled in the magazine’s latest issue. The inaugural Tycoons of Tomorrow – in association with Facebook – recognises scions of family-managed businesses, first-generation entrepreneurs, and actors and sportspersons, who have displayed the dynamism to revitalise an existing enterprise, or have created something new, and, in the process, redefined the rules of business, industry or their craft.

“Whether it is China or Turkey or India, it’s the new billionaires in these countries who will drive development and industrialisation. It’s these wealth-creating tycoons who have the responsibility to take prosperity to the masses by creating more and better jobs because of the business they generate globally,” says Brian Carvalho, Editor, Forbes India.

The other highlights include conversations with Hindi film industry’s most promising stars – Vicky Kaushal and Bhumi Pednekar on the ‘Changing character of storytelling in Indian Cinema’; with Olympic individual medalists PV Sindhu and Abhinav Bindra; and exclusive fireside chats with Bollywood heartthrobs Rani Mukerji and Ranveer Singh.

The research process included interviews conducted by the Forbes India team, studies of databases, and media coverage. This helped us arrive at a longlist of more than 200 names, which was presented to the jury, with the following selection criteria: (1) The first-generation entrepreneurs and next-generation family businessperons or achievers should be below 45 years. (2) They should have steered their company for four to five years, and brought about significant achievement in the FY17-18 period, wherever relevant and applicable. We then narrowed down the list based on selections made by the jury. In the last stage, the Forbes India team selected the final names.

“The Forbes India Tycoons of Tomorrow List celebrates the talents of some of the most influential young achievers shaping India’s future. We hope it will inspire the country’s Generation Z, and become aspirational like all other prestigious Forbes India lists,” says Joy Chakraborthy, CEO – Forbes India and President, Revenue – Network18.

Full information on the Tycoons of Tomorrow can be found here.