Tycoons of Tomorrow: Roll of honour

Achievers who have left an indelible impact with their accomplishments 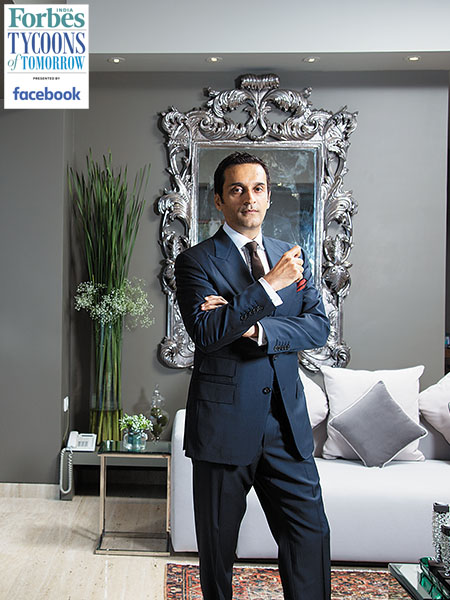 An alumnus of Harvard Business School, and someone who is on its India Advising Board, Vikas Oberoi (49) began assisting his father, who ran a small construction firm, when he was just 15.

By the age of 20, Oberoi became fully immersed in the business, and soon renamed the firm to Oberoi Realty—now the second largest real estate development firm in India.

With its focus on building premium residences, Oberoi Realty now has a mixed portfolio that includes a mall, an international school and commercial developments. It has also expanded its hospitality portfolio, instrumental in bringing big-ticket brands such as Westin and the Ritz-Carlton to Mumbai.

Over the past year, Oberoi Realty made a successful bid of ₹555 crore for a 60-acre land parcel in Thane; and its project in Borivli (East) crossed a booking value of ₹2,000 crore. The company successfully completed an issue of 240,00,000 equity shares at ₹500 per equity share to qualified institutional buyers, raising an aggregate amount of ₹1,200 crore.

Oberoi is passionate about flying and skiing, and is also the founder-trustee of Oberoi Foundation, which focuses on building educational and social infrastructure. -By Pankti Mehta Kadakia 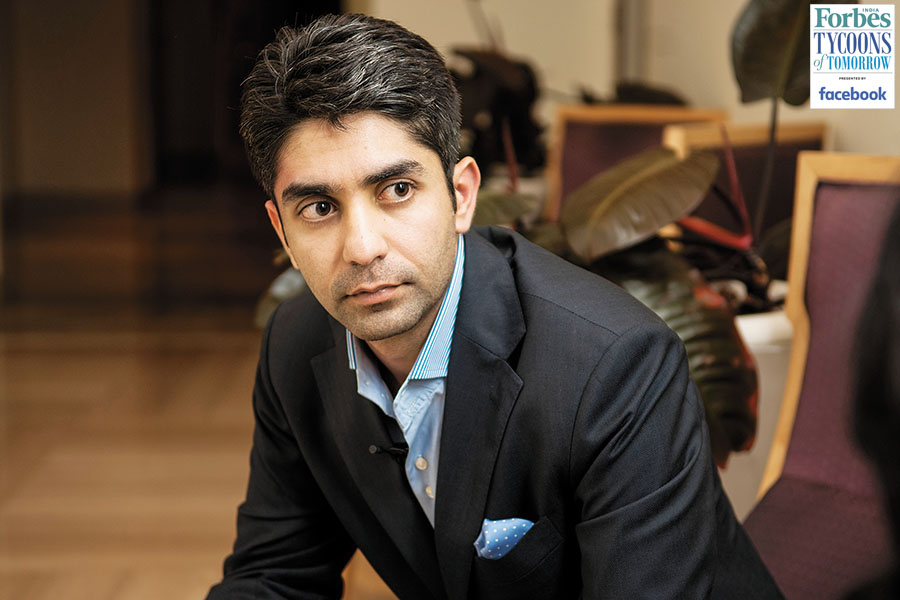 Abhinav Bindra will forever be known for his golden arm

Exactly 10 years after his historic feat at the Beijing Olympics, shooter Abhinav Bindra’s record stands unmatched. But even after someone does catch up with him, Bindra would still be reckoned as the maker of history—the first Indian to win an individual Olympic Gold when he came from behind and hit a 10.8 on his last shot in the 10-metre air rifle event.

He may have missed another medal by the skin of his teeth at the 2016 Rio Olympics, and retired soon after, but that will be merely considered a blip in a career that will continue to be defined by his golden arm.

Recently Bindra was appointed a member of the International Olympic Committee’s elite athletes’ commission that empowers sportspersons and brings them at the centre of decision-making. Besides, the 35-year-old is playing his part of giving back to sport by setting up a high-performance training centre that brings cutting-edge, global technology and science to the country to push promising athletes to greater heights. 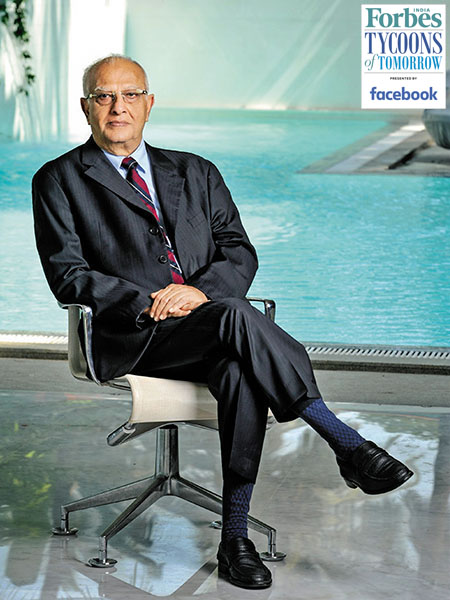 Rajnikant Shroff (84) pioneered the making of red phosphorous in India when he set up United Phosphorus Limited (UPL) in 1969. Today, UPL is one of the top 10 agro-chemicals companies in the world, with products that include seeds, fungicides and crop protection chemicals. Despite both sons, Jaidev (global CEO of the group) and Vikram (executive director), being involved in the company, Shroff, as chairman and managing director, continues to lead strategic initiatives. UPL closed FY18 with a net profit of ₹2,123 crore and revenue of ₹17,506 crore. 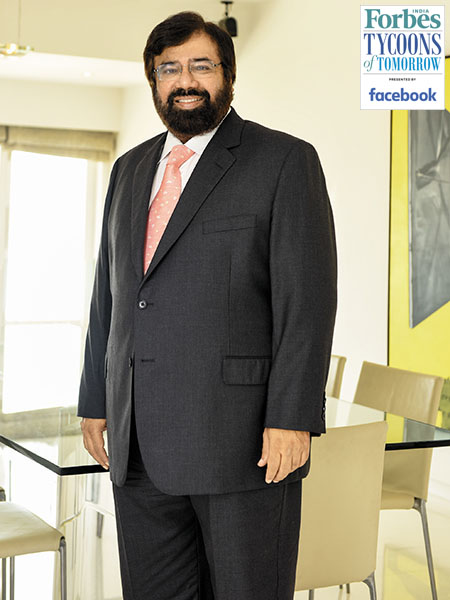 Harsh Goenka believes in giving freedom to his team

Goenka (60) is known for his hands-off approach, giving significant authority and freedom to the group’s professional CEOs. He also oversees RPG Ventures, a fund culled out from the parent company, which backs startups and early stage companies. An avid art collector, Goenka’s spoils take place of pride at RPG’s headquarters in midtown Mumbai. And with his clever quips on Twitter, he has amassed a following of 1.5 million on the social media platform. 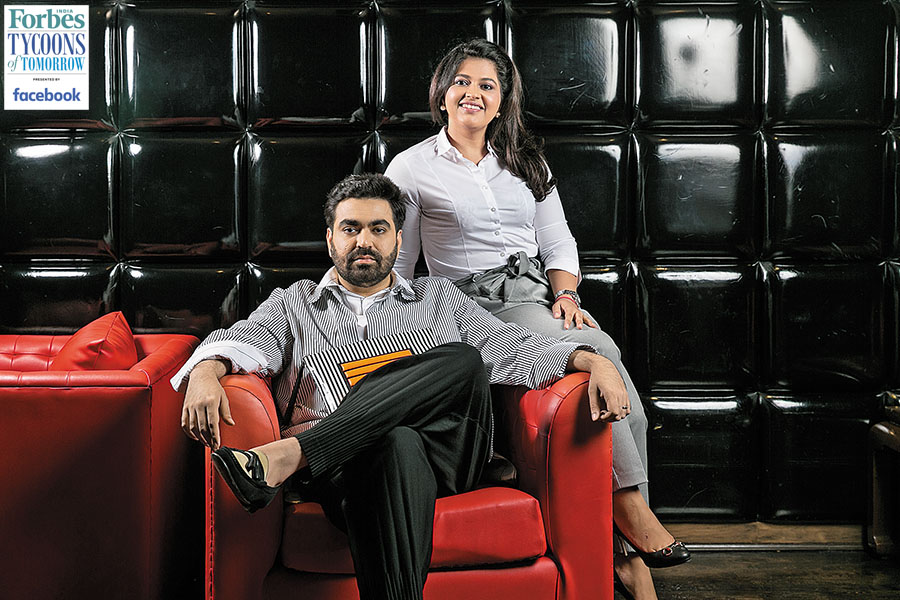 The scion of luxury hotel chain The Lalit Suri Hospitality Group, Keshav Suri, 33, had been fighting a different kind of battle than the usual boardroom ones lately. Suri had filed a petition through his lawyer and friend Neeha Nagpal in the Supreme Court against Section 377 of the Indian Penal Code (IPC), which criminalised consensual sex between homosexual adults. On September 6, the court decriminalised homosexuality.

Nagpal had been involved in the case since late 2014 and would discuss it with Suri, who launched a campaign promoting inclusion and diversity at Lalit Hotels in 2017. “It was frustrating to him that it [homosexuality] was illegal in India. I told him to do something about it; one thing led to another and this April he called me, saying he wants to file his petition,” recalls Nagpal, 34, an associate partner with Agarwal Law Associates.

“The court verdict has put an end to discriminatory policies against the community,” says Suri, who now wants the corporate sector to bring in policies that are inclusive; he has already begun working with Ficci to facilitate this.

Tweets by @forbes_india
Radha Kapoor Khanna: All in the family (office)
Maybe You Don't Need a Colonoscopy