Tycoons of Tomorrow: Inside the minds of India's future icons

From startups to family tycoons, who have been shunning traditional ways of doing business, India's new breed of CEOs are driving some remarkable change in the way India conducts business 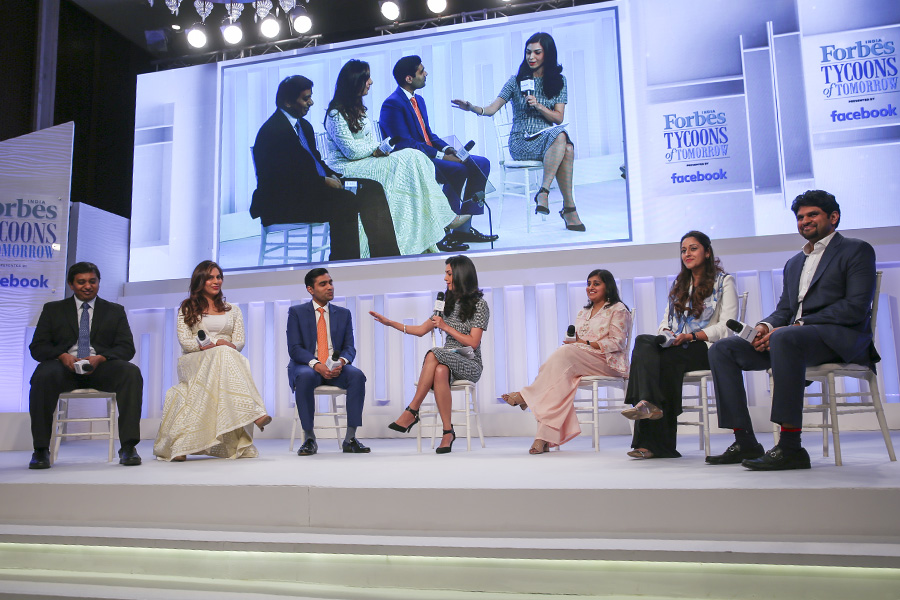 India is at the cusp of a change.

With two-thirds of the country’s population below the age of 35, the world is looking to India’s burgeoning youth to drive some of the biggest changes in the country, and the world.

From startups to family tycoons, who have been shunning traditional ways of doing business, India’s new breed of CEOs are driving some remarkable change in the way India conducts business. But, doing so, often isn't quite an easy task. With the old hands still very much in control, the younger generation always has a fierce task when it comes to convincing them and taking their traditional businesses into the next century.

“I don’t think that will happen (changing old guards), but the key is to make them feel like they are driving, but you drive your agenda,” Karan Adani, the CEO of Adani Ports and Special Economic Zone said at the Forbes India Tycoons of Tomorrow event, speaking to CNBC-TV18 Managing Editor, Shereen Bhan. “We do have discussions, very active discussions. The part of growing and the part of developing is to make sure is that your legacies are intact. I think the way the world is changing, we have to adapt to it. Going forward, transparency and sustainability will be key for Adani Ports.”

Others agree, that while they run their business with much freedom, they are often reminded of the mistakes that their older generations have made, helping them in their new quests.

“My father is the visionary, and we have to execute. We keep peace with that,” Biyani, managing director, of Future Consumer Limited (FCL) and the daughter of retail mogul, Kishore Biyani says. “But  Future consumer is very different from Future retail. We are aware of the growth and we want to set the business profitable. These are learnings we get from the mistakes of the older generations We continue to do too many things. I would say that know when it is more.”

But, does having established businesses take away the quest for risk-taking? More so when you have a legacy to hold on to? “I think we have always been aggressive,” Anant Goenka, the executive director of the Indian Express Group says. “The media industry make you a professional bad businessman. Its tough be ethical, value-driven and be profitable. To some degree, we were the first to launch a website. When the opportunity comes, you have to double down. I see us in many more markets, in many more formats.”

Others agree too, that the younger generation is ready to take a risk, and if needed to drive away from the traditional business. “I am a fourth generation entrepreneur and textiles were the family business,” Rajeev Karthikeyan, founder & CEO, Leap Green Energy says. “After a point, I couldn’t stay as a part of the family business and started a renewable energy business. I wanted to be my boss, and we scaled up quite well. India is changing fast and top Indian companies were until recently only startups.”

And then, there are the other tycoons of tomorrow, who are willing to enter newer areas of business, even at the cost of their traditional business. For instance, Upasana Kamineni Konidela has been expanding her grandfather’s business, the Apollo Hospitals into new areas of growth. “Wellness is our main aspect. We want to keep people away from the hospital,” Upasana says. “The entire Apollo Hospitals family wants to use wellness to cure our patients.”

Clearly, the future of India is in the right hands.

Tweets by @forbesindia
India as an Olympic nation: In conversation with PV Sindhu and Abhinav Bindra
Tycoons of Tomorrow talk about their strategies, beliefs and learnings