Humphries, who took over as CEO of Cognizant in April, is betting on more and faster exposure to digital technologies opportunities to restore growth 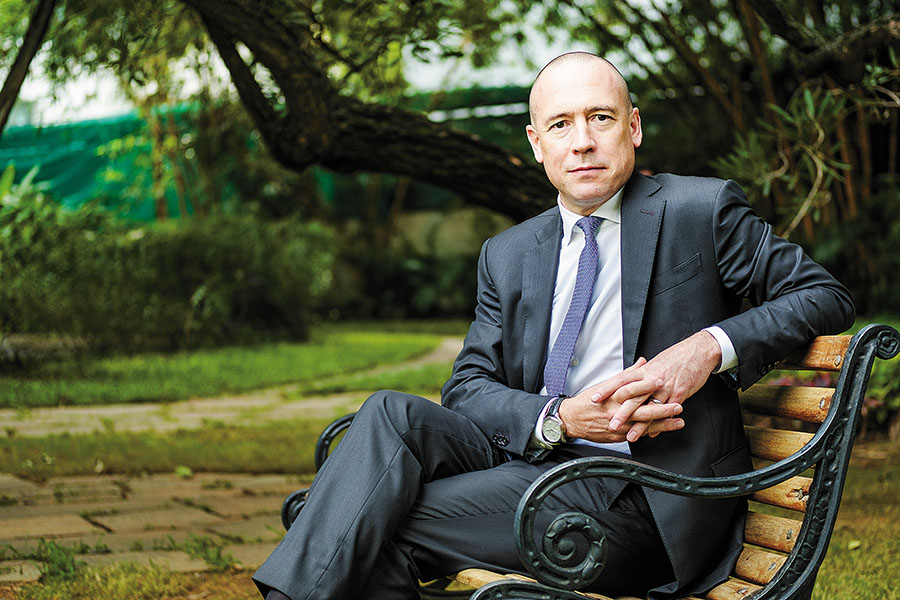 Brian Humphries, CEO of Cognizant Technology Solutions, comes to India—where the company has 13 centres—every two months. He sees the centres as a “prized asset and a source of huge competitive advantage” in a world increasingly moving to software and digital technologies.

Cognizant is the biggest IT services company after Tata Consultancy Services in terms of revenue among those with much of their operations in India. In fact, the bulk of the US-headquartered firm’s staff is based in India.

The technology services company has a growing position in digital services. On the digital services front, it is outgrowing the industry, says Humphries, who was previously CEO of Vodafone Business and took over the top job at Teaneck, New Jersey-based Cognizant in April. His predecessor Francisco D’Souza remains on the company’s board as vice chairman.

His goal, adds Humphries, is to ensure that the digital services front records a bigger portion of the IT company’s sales. Cognizant’s sales for the third quarter this fiscal rose by 4.2 percent to $4.5 billion from the year-earlier period. The company is also looking at net job cuts of about 7,000 mid-to-senior level staff worldwide in the coming quarters, it said in a statement.

The pain points of clients today, regardless of their industry, relate to efficiency in their operations while they simultaneously embrace innovation and digital transformation. They either fear being disrupted by digital technologies or take to digital as an enabler of their business. “Increasingly, digital technologies become the business itself because of consumer expectations. That is an area of great opportunity for Cognizant,” Humphries tells Forbes India.

The biggest opportunities at Cognizant are two-fold. One, further embrace digital technologies: “Where we have been in digital, we have outgrown the industry, but our mix of services in digital isn’t yet as strong as it can be. Cognizant has a huge opportunity to embrace digital even faster,” says the CEO, adding that the more it embraces digital, the more Cognizant’s growth rate will increase. Also, the company will be exposed to faster growing categories. 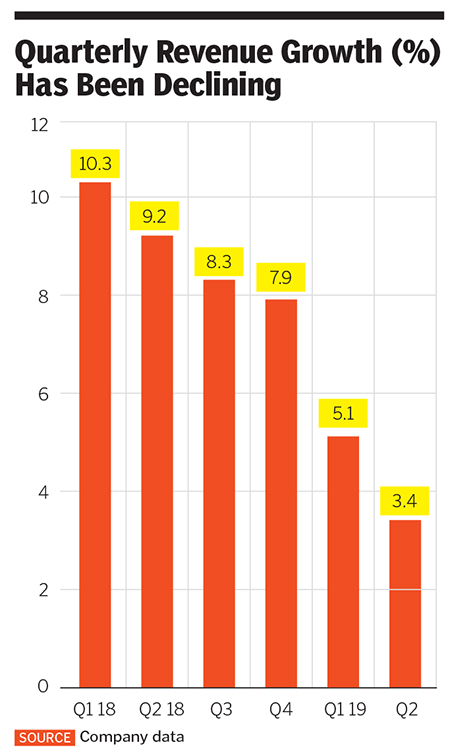 The second opportunity relates to international expansion. North America has always been Cognizant’s strength, accounting for three quarters of its revenue. But international markets, and Europe, in particular, is quite small for the company. It needs to make those a significant contributor to its revenue.

To this end, Humphries has charted a two-fold strategy for Cognizant. The first is to protect and expand its traditional strengths in IT services outsourcing which entails improving efficiency, reducing the cost of delivering services, winning renewals aggressively and expanding into markets other than North America.

The second is around “winning in key digital battlegrounds”, including cloud computing, digital engineering—which involves building cloud-first applications—data analytics and IoT (Internet of Things). IoT is set to explode in 3-5 years with advances in electronics as well as the adoption of 5G wireless technologies.

In the cloud computing area, Cognizant plans to work with the likes of Microsoft, Amazon and Google, offer consultancy, help customers figure out their cloud strategies, offer to implement those migration plans, and once the applications are on the cloud, manage and maintain them. The company will also build stronger capabilities in the area of software-as-a-service and “embrace even more wholeheartedly, partnerships with Microsoft, Amazon and Google”, says Humphries.

“Cognizant has a history of co-innovation with clients. Humphries brings a more professional sales and account management structure, but he’s not an insider for sure. He has the advantage of seeing the business in a different light in a way Lou Gerstner did for IBM,” Ray Wang, founder and principal analyst at US-based Constellation Research, writes in an email interview.

For example, consider one of Cognizant’s clients, a company in the area of luxury products, including fragrances. Traditionally, it would have sold its products via high-street department stores. Information technology would have had a conventional role, with components such as enterprise resource planning (business management) reporting to a CIO. In recent years—helped by Cognizant—the fragrances company has built an online presence to sell directly to consumers. In this case, the IT applications, the web-based interfaces and the user experience is actually the business.

Or consider the CEO of a train company, for whom an important concern is that the trains run on time. Today, the approach will be to deploy sensors, collect and relay data to a cloud where it will be analysed and the results used to prepare a ‘preventive’ schedule of maintenance for the trains so that the chances of one breaking down on tracks are drastically reduced.

This is an approach a CEO understands, whereas a few years ago, the IT company would have gone to the CIO of the company and offered to improve and maintain some back-end IT infrastructure.

Even with the new approach of demonstrating business outcomes to business leaders to win IT contracts, which could entail greater onsite presence at client sites, “my expectation is that the headcount in India at Cognizant will continue to grow, notwithstanding all these trends”, says Humphries. Cognizant, a $16.7-billion company by revenue, already has 200,000 employees in India. “My overarching ambition is to accelerate that (revenue) growth rate by pleasing our customers. That will always create incrementally more jobs for centres that we are proud of in India.”

Cognizant will also be investing more in branding, particularly internationally, and in building up its recognition among India’s best engineering schools. “We are rapidly accelerating our graduate intake programme. You will see us substantially increasing our budget on skilling and re-skilling in our (in-house) academy,” says Humphries.

The company has raised salaries offered to engineering graduates from various campuses by 18 percent, maintaining its focus on recruiting from among the top 1 percent of such graduates. “One thing that stands out at Cognizant is the way we have built our consultancy team,” says Ramkumar Ramamoorthy, chairman and managing director of Cognizant India. “Today we have over 6,000 consultants. We built the team over 15 years. It understands the industry and the shifting landscapes.” They are joined at the hip with the company’s go-to-market as well as delivery teams. “That is a huge differentiator where we see any given industry differently and identify what’s next and handhold clients,” he says.

Cognizant has been building the foundation for its future digital-technologies-led growth. For instance, it has built co-laboratories in different locations, including in London, Amsterdam and New York. Here, the company brings in customer teams—not just CIOs—to brainstorm and ideate on solutions that the customers might be looking for.

It has also invested in experts from a wide variety of disciplines, says Ramamoorthy. Cognizant has invested in hiring or partnering with anthropologists and sociologists to read human behaviour and suggest features that might enhance various software solutions. This could help customers look at new opportunities not just from a technology standpoint but also from a human behaviour standpoint.

The company is also acquiring specialists that sit at the intersection of multiple disciplines and provide multi-disciplinary solutions. Zenith Technologies in Ireland, which Cognizant recently acquired, is an example. It specialises in IoT and life sciences. This is relevant in the field of pharmaceuticals manufacturing.

In another instance, Cognizant has worked on reducing the churn of members at a health care provider using big data analytics and predicting outcomes before they happen. This gives the customer a chance to reach out to members who might have been considering moving to a different hospital or clinic and retain them.

“Humphries will be looking to restore the company to high growth without overly sacrificing margins, reinventing the company as a viable player in the products and ‘as-a-service’ space and making a couple of bet-the-company moves,” says Siddharth Pai, a technology consultant who advises corporations on their tech strategies, in an email interview.

Tweets by @forbes_india
India's Richest 2019: How Mukesh Ambani remains consumer king
The Epidemic of Hypertension and Vulnerability of Indians