While the key will be execution following these announcements, with the level of budget outlay for capex and efficient implementation of the actions announced by the Finance Minister, the projected growth rate of 8–8.5 percent should be quite possible 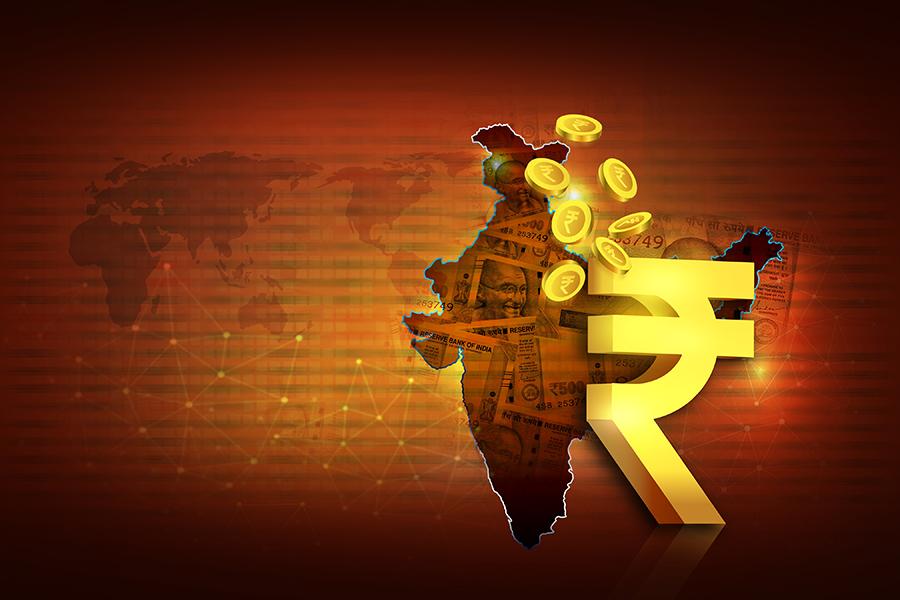 Some of the disinvestments planned in FY22, including the LIC IPO, may be pushed to FY23 if the tax revenues continue with the buoyant trend in the last two years. Image: Shutterstock

The key theme of Union Budget 2022–23 is sustainable growth and adapting to the technological disruptions of the economy. The chorus for pump-priming the economy that was there post the outbreak of the pandemic was resisted by the government when the economy was not fully open. However, it has now delivered on the need for super charging the economy through a significantly high capex of Rs 7.5 trillion that is 35.4 percent higher than the budgeted estimates for the current year.

In addition to this, there is grant in aid to states for capex that takes the total allocation for capex to Rs 10.68 trillion, amounting to 4.1 percent of the GDP. To top this up, an additional Rs 1 trillion has been budgeted for a 50-year interest-free loan to the states for capital expenditure. The states have been allowed to have a higher fiscal deficit of 4 percent of GSDP with 0.5 percent being linked to power sector reforms. One could not have asked for any further aggressive fiscal pump-priming of the economy.

The pre-budget ask for extension of the credit guarantee scheme for MSMEs (ECLGS) has been extended up to March 2023, with an additional allocation of Rs 0.5 trillion with earmarking of a significant portion of the same for the hospitality sector that has borne the extended brunt of the pandemic more than any other sector. Another ask on faster payment of bills on public contracts has also been addressed with 75 percent of the running bills to be paid within 30 days and surety bonds being announced in place of bank guarantees that will help the working capital availability for companies to grow.

The battery swapping policy with interoperability standards will likely enhance the pace of adoption of EVs. The 5–7 percent biomass pellets in firing of furnaces and coal gasification pilots are some of the sustainability measures announced. Several announcements on the planned urban development in tier-2 and tier-3 towns should be lauded and has to be followed through by actions on ground as this will help in more sustainable and inclusive growth, taking the pressure off the mega cities. The technological disruptions of cryptocurrency and NFTs have been proactively addressed by announcements of the launch of a digital rupee, and tax measures on the transfer of digital virtual assets.

While delivering a growth-oriented pump-priming budget, the FM has kept an eye on the need for fiscal consolidation. While the fiscal deficit for FY22 is 100 basis points higher than the budgeted 6.8 percent, it is likely that the actual deficits upon realisation of the revenues in the months of February and March may lead to a lower than 6.8 percent deficit. An indication of the same is from the Rs 1.4 trillion plus GST mop-up in January. The fiscal deficit for FY23 has been estimated at 6.4 percent and that is also in alignment with our pre-budget expectations, and looks quite realistic with the disinvestment proceeds being estimated at a conservative Rs 65,000 crore unlike the very large estimates in the previous years. Some of the disinvestments planned in FY22, including the LIC IPO, may be pushed to FY23 if the tax revenues continue with the buoyant trend in the last two years.

The key concern emerging from the budget will be the high public debt and large size of borrowing by the government that will put upward pressure on the bond yields and increase the cost of borrowing. and being counterproductive for private investments to pick up during the year. Another concern will be whether such a growth enhancing expansionary budget at a time when inflation has been flagged as one of the key risks in the Economic Survey, will fuel a higher inflation in the country. There is also imported inflation from high oil prices and higher inflation in other geographies to worry about. One aspect that missed the expectations was a higher allocation for the NREGS that has been kept at a lower-than-revised estimate for FY22 at Rs 0.73 trillion. This could possibly be due to an expectation that the demand under NREGS would be lower, given the significantly higher capex and the government in any case can enhance the allocation if needed through supplementary budget provisions during the year.

To summarise, all the sectors should be satisfied with the budget as it has touched on a very wide array of interventions. The key will be execution of the actions following these announcements. With the level of budget outlay for capex and efficient implementation of the actions announced by the Finance Minister should make the achievement of the projected growth rate of 8–8.5% in the Economic Survey quite possible.

2,439
Thank you for your comment, we value your opinion and the time you took to write to us!

Tweets by @forbesindia
Prev
Budget 2022: Hits and misses
Next
How Web3 will change the digital economy forever