The high level of government borrowing outlined for next fiscal stoked a sell-off in bond markets, with the benchmark 10-year yield touching a post-pandemic high of 6.8 percent 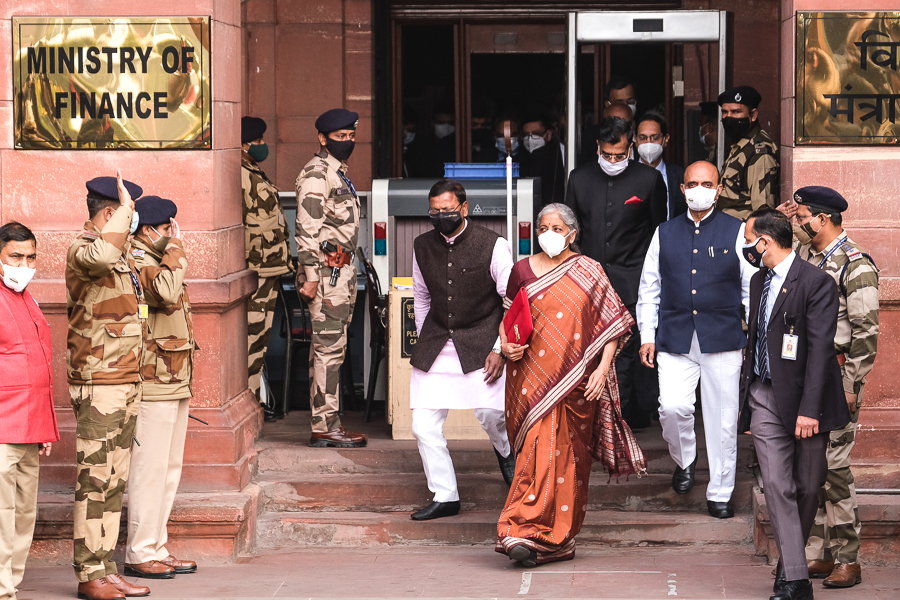 Largely, Budget 2022 hit the right notes. Finance Minister Nirmala Sitharaman proposed policies to boost inclusive development, green energy, and the digital ecosystem. Although there were no changes in income tax slabs, she played to the gallery when she announced a massive 35 percent jump in capital expenditure to push infrastructure projects and rekindle the animal spirits of the economy with a strong multiplier effect. This was the spoon of sugar that made it easier for the market to digest the higher-than-expected fiscal deficit target of 6.4 percent in FY23.

“This poses some uncertainty given the prevalence of pandemic-related risks: The wider-than-expected deficit in the current fiscal year in part reflects higher spending on the back of the second Covid wave, as well as a larger subsidy bill that was driven by higher prices for food and commodities,” Guzman says.

Prabhat Awasthi, managing director and country head, Nomura India, cautions, “Given India’s heightened trade deficit and a strong push in borrowing, the macro risks from a global tightening cycle would be a key concern and needs to be watched carefully.”

In turn, the government’s massive gross borrowing programme to the tune of Rs 15 lakh crore in the next fiscal does not bode well for the bond market. The benchmark 10-year bond yield hit a post covid era high of 6.8 percent.

“After the initial knee-jerk reaction, markets are expected to settle down in due course with inflation projection still largely in line with the target threshold band. The Reserve Bank of India (RBI) has so far maintained an accommodative policy stance and will possibly intervene appropriately to arrest any major spike in rates. Interest rates are likely to remain range-bound,” he says.

Pankaj Pathak, fund manager-fixed income, Quantum MF, expects bond yields to surge further. “The higher-than-expected fiscal deficit, and the absence of any announcement on global bond index inclusion is a negative for the bond market. Higher borrowing requirements of the Centre and the state governments will put pressure on the bond markets,” he says.

Upasna Bhardwaj, senior economist at Kotak Mahindra Bank, says the government has refrained from a sharp fiscal consolidation. “While the fiscal expansion is expected to be pro-growth, the heavy supply is expected to worry the bond markets,” she notes.

Despite fiscal concerns, the Budget this year focussed on steps to engine rapid economic growth. All eyes are now on the monetary policy meet next week. The RBI will need to be cautious for spill-over effects of the pro-growth budget on inflation and the current account, say economists.

Tweets by @forbesindia
Celebrate or not? Indian crypto community divided on 30% tax on digital assets
Budget 2022: Agriculture gets a tech boost