Advertising executives say that the move will help prevent coordinated attacks against content, creators and brands 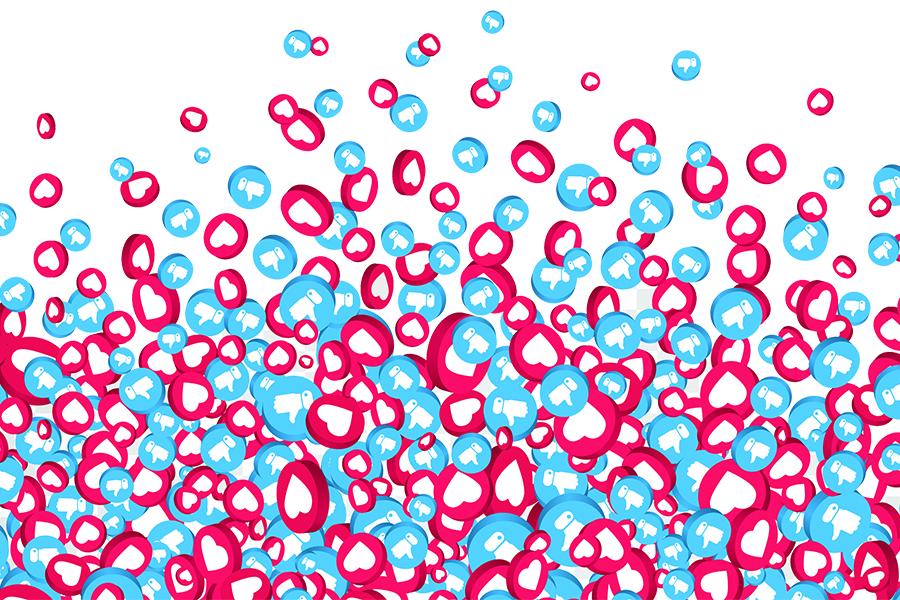 As per the YouTube Brandcast 2021 report, in India, 85 percent of the viewers used the platform more than ever since March 2020. Image: Shutterstock

While it's still not clear whether YouTube will stick to its decision of making the dislike count hidden in the long run, as of now, the Alphabet-owned platform is restricting the abuse of the dislike button on videos. Creators and brands, who have often faced the wrath of users on the platform, can now breathe a little easier.

The creator community, however, is divided. Some are appreciating the move while others took to various social media platforms to criticise YouTube's decision to hide the Dislike count. But brands and agencies in India are looking forward to the change.

According to advertising executives Storyboard18 spoke to, the Dislike button has always been a tool for the user to decide if they like a video and find its content useful. But with changing times, the purpose and functionalities of the tool have changed.

“Platforms are now living in an economy and culture that is creator-led. This is a shift like we have never seen before,” says Harsh Shah, EVP, Business - North and West, Dentsu Webchutney. “It is, therefore, imperative to ensure equitable opportunities for everyone and to especially safeguard the wellbeing of the creator, eventually encouraging more and more creators to actively participate across platforms,” he adds.

According to Shah, the dislike function has often been turned into a tool to target certain creators for their thoughts/actions/content—which is not something anyone signs up for.

YouTube is one of the few platforms that have a Dislike button.

With people spending more time at home since the outbreak of Covid-19, the reach of YouTube has gone up rapidly in the country. As per the YouTube Brandcast 2021 report, in India, 85 percent of the viewers used the platform more than ever since March 2020.

So, what’s to like in YouTube’s decision for marketers? “This move could also be beneficial for brands to experiment with more content and work towards a robust content strategy without fearing an ORM [Online Reputation Management] disaster,” Shah says.

Digital marketing experts point out there has been significant growth in instances where groups of users have used the dislike button as a tool for coordinated attacks to ‘cancel’ a piece of content or the creator.

In an official blogpost on November 10, where the platform announced the gradual rolling out of hiding dislike counts, YouTube said they had run an experiment earlier this year with the dislike button to see whether changes could help better protect creators from harassment, and reduce dislike attacks—where people work to drive up the number of dislikes on a creator’s videos.

As part of this experiment, viewers could still see and use the dislike button, but not the counts.

Elaborating on the experiment, the blog said, “Because the count was not visible to them, we found that they were less likely to target a video’s dislike button to drive up the count. In short, our experiment data showed a reduction in dislike attacking behaviour”.

What changes for the brands and creators?YouTube removing the dislike count from public view is an action by the video streaming platform in the right direction, say most experts.

As Shradha Agarwal, COO and Strategy Head - Grapes Digital, points out, earlier too, users were able to hide the dislike count by logging in to the YouTube studio.

“In so many instances we have seen that videos facing extreme heat of trolling and aversions forced content makers to hide the dislike count on their videos,” she says.

It was time brands were given some relief.

Brands would now be able to use the dislike data on their analytics dashboard constructively.

“At the back end, brands can use the data as a way to determine their benchmarks towards the quality of videos being created. This change helps improve brand safety on the platform since brands can be rest assured that there will be less likelihood of coordinated cancel culture attacks on their content,” says Venkky.

Additionally, according to Chetan Asher, Founder and CEO, Tonic Worldwide, the move will create a safer atmosphere for social media and motivate budding content creators who are just starting, by protecting them from the discouragement of haters on the internet

What changes for the viewer?As YouTube pointed out in its official blog post, the dislike count will be private across the platform, but the dislike button will remain.

Before investing time watching a video, most power users on YouTube would use the ratio between 'Likes' and 'Dislikes' to determine the quality of the video.

“This was an additional ‘signal’ (data information) for users to make a decision before watching the video,” says Venkky. But it will now change for good, he adds.

Users can still dislike content but their decision will not be based on popular opinion. Not unless they watch the video or go through the comment section.

“Power users will get used to the ratio of Likes vs Views as a way to determine the quality of a video,” says Venkky, adding “Alternatively, a simple scroll in the comments section will help them determine the same.”

Thumbs up and downYouTube co-founder Jawed Karim on the other hand has called the move "stupid". He updated the description of the first-ever video on the platform titled 'Me at the zoo' to 'When every YouTuber agrees that removing dislikes is a stupid idea, it probably is. Try again, YouTube'. But will YouTube try again is the million-dollar question at the moment for marketers across the board.

1,271
Thank you for your comment, we value your opinion and the time you took to write to us!