India's progress represents a significant step toward ending the crisis globally and stands as an important political win for Prime Minister Narendra Modi, whose government came under heavy criticism for failing to prepare for a devastating second wave that struck earlier this year

By Emily Schmall and Hari Kumar 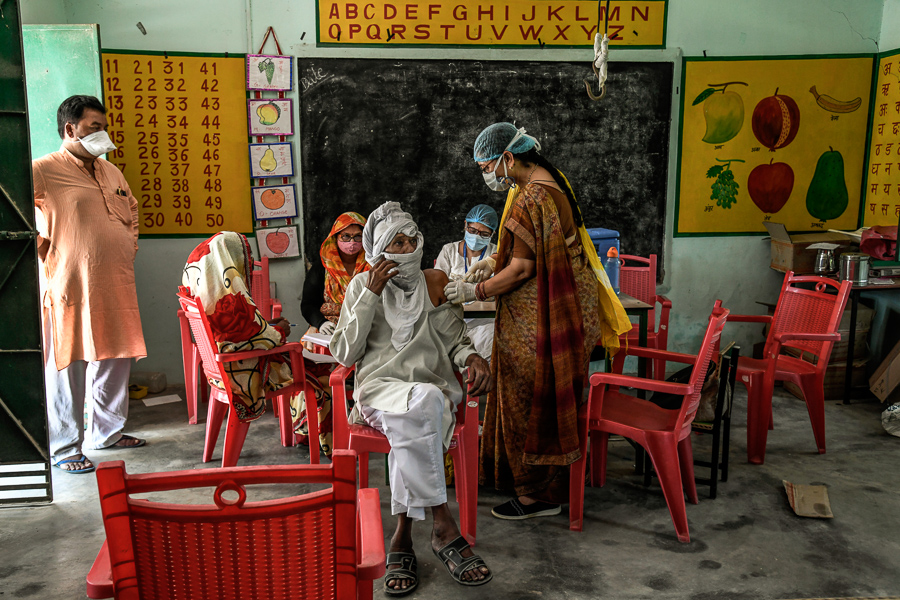 FILE — A man receives a dose of COVID-19 vaccine in Sultanpur, a village in the Indian state of Uttar Pradesh, on June 4, 2021. India’s coronavirus crisis, which was killing thousands of people a day just seven months ago, has eased after the nation’s leaders revamped their policies and dramatically ramped up their vaccination drive.

Image: Atul Loke/The New York TimesNEW DELHI — India’s coronavirus crisis, which was killing thousands of people a day just seven months ago, has eased after the nation’s leaders revamped their policies and dramatically ramped up their vaccination drive. Now, as India celebrates the delivery of its 1 billionth dose, a feat that until recently seemed improbable, public health experts are sounding a new warning: The turnaround is losing steam.

Tweets by @forbesindia
DoorDash buys Wolt for $8 bln; Facebook releases data on bullying and harassment; and a chat with Kartikeya Bhardwaj of SpoofSense
Forbes India Rich List: Key numbers you should know