The cult of Indian executives running global companies grows, and not just linearly. Here's an attempt to analyse the larger implications of the growing phenomenon of the Made-In-India CEO

Lloyd Mathias is a Business Strategist and an Independent Director. He held senior leadership roles in PepsiCo, Motorola and HP Inc. 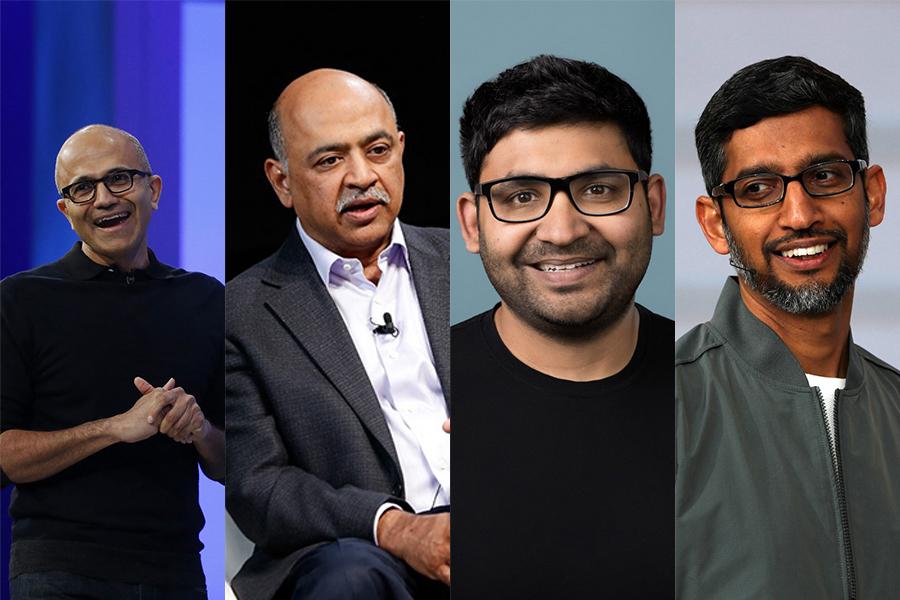 And this does not even include the many Indians leading global firms in the non-tech space—Ivan Menezes, CEO of Diageo; Vas Narasimhan of Novartis, Sandeep Kataria of Bata, Punit Renjen of Deloitte, Laxman Narasimhan of Reckitt Benckiser, Sonia Syngal of GAP; Mahesh Madhavan of Bacardi Martini, and Sameer Suneja of Perfetti Van Melle. With each new appointment, the cult of Indian executives running global companies grows, and not just linearly.

Every one of these announcements is accompanied by the usual elation. Celebrated with much gusto, and the stories of growing up in a middle-class milieu, close ties with families back home, performance in school and college, and reactions of batchmates and teachers fill our social media timelines.

Here’s an attempt to analyse the larger implications of this growing phenomenon.

1. The rise of Indian CEOs of US-headquartered firms is a strong reaffirmation of the US’s meritocracy and its truly global outlook—especially when it comes to business. Not just allowing, but enabling the best talent to rise to the very top—irrespective of race, nationality or unfamiliar accents. Also, a great reminder of the opportunity the US offers to immigrants, and the fact that the American Dream of good education, success, wealth, and achievement for all, is still alive and a cornerstone of its society.

2. India being the crucible of top-notch management talent—almost a CEO factory—is now a new dimension to India’s soft power after Bollywood and IT. This multicultural, data-driven, tech-savvy, ‘Made In India’ CEO trend can only grow, emerging from a maniacally competitive education system and nurtured and developed in a complex resource-constrained environment.

While some may lament the brain drain, a more pragmatic view is that this is a sign of Indians building solid reputation for corporate smartness, often emerging from the complexities and unpredictability many encounter in their growing years in India. This emerging brand of Indian global leaders further fuels respect and opportunities for India, Indians and Indian MNCs and start-ups globally.

Global companies that have been around in India, have for long known this. Hindustan Unilever, the Indian subsidiary of Unilever, has over the years groomed and exported the best Indian talent to run businesses across the world. In the last decade, Unilever had many Indians on its global leadership team.

Banking is another space where Indians have a significant global presence in leadership—often attributed to their sharp minds for numbers. Think Vikram Pandit, Citi’s Global CEO between 2007-2012; Anshu Jain, who ran Deutsche Bank till a few years ago and Singapore’s DBS Bank CEO Piyush Gupta.

3. A belated acknowledgement of India’s much-criticised but extremely competitive education system. A system sharpened by limited opportunities for quality education; aspirations for a better future, driven by ambitious parents desperate to see their kids excel. Little doubt that the IIT-JEE is among the most competitive examinations in the world—with thousands of students competing for a minuscule number of seats.

Admission into some of India’s best undergraduate colleges is so competitive, forcing many bright students who don’t make the cut, to pursue undergrad studies abroad. It’s widely acknowledged that many US universities need the Indian student influx every fall, to keep them in the black.

4. Every additional appointment is building the cult of India’s tech leadership that is widely acknowledged in Silicon Valley and now increasingly elsewhere in the world. Indians accounted for around 75 percent of H-1B visas issued in the US last year. Tech majors—Intel, Qualcomm, HP, Cisco, Oracle, Broadcom, Amazon—have swathes of Indians across the organisation and a sizable number in the upper echelons. Then there’s a multitude of Fortune 500 companies whose tech backends run out of Bengaluru, Chennai and Hyderabad.

India will do well to harness this trend, together with the growing number of tech-based start-ups, many swelling to unicorns ready to take on the world. Indian origin CEOs on the global stage keep India front and centre of decision-makers worldwide. Besides, these CEOs themselves have India high on their business radar. If there ever was a ripe time for India to take the world business centre stage, it is now.

Lloyd Mathias is a Business Strategist and an Independent Director. He held senior leadership roles in PepsiCo, Motorola and HP Inc.

2,529
Thank you for your comment, we value your opinion and the time you took to write to us!

Tweets by @forbesindia
Prev
Storyboard18 | I can tell a story, and the moral of that story can be your product or service: Shraddha Jain
Next
Storyboard18 | Why the pandemic failed to deter sales of luxury brands in India