While the bank's exit from its consumer banking business in the country is part of the group's plan to utilise capital resources better, it is also reflective of the intense competition foreign banks face in India while taking on domestic heavyweights 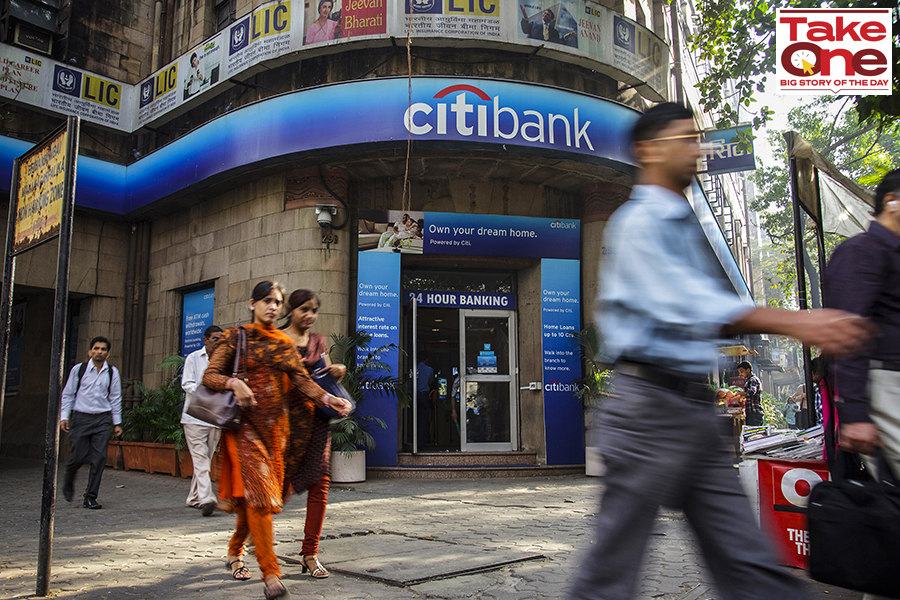 It is a partial goodbye for one of India’s oldest foreign banks. On April 15, Citigroup, the New York-headquartered $151 billion financial services company announced its plan to exit the lucrative retail banking business in India as part of an ongoing strategic review of its business. Citibank had set foot in India some 119 years ago when it started operations in then Calcutta, part of British India. A century later, the company had built up a business covering some 2.9 million retail customers, 1.2 million bank accounts and 2.2 million credit card account holders. It has over 35 branches in the country, and employs nearly 20,000 people across divisions including credit cards, retail banking, home loans and wealth management in one of the world’s fastest growing economies. Over the years, the company had also built up a stellar reputation for pioneering India’s credit card movement, when in the late 1980s and 1990s, the company was among the first to offer the Indian consumer a slice of the plastic money revolution. That was soon followed by mortgage and personal loan offerings. Today, the company’s total assets, including credit extended to Indian institutional clients from offshore Citi entities, stand at Rs 299,250 crore as on March 31, 2020, while it has a deposit base of about Rs 1.57 lakh crore. The company’s exit from India is part of the group’s plan under a new CEO to direct investments and resources to businesses in four key locations where it foresees huge scale and growth potential. That includes Singapore, Hong Kong, the UAE and London, and as a result it will exit its consumer banking business in 13 markets including Australia, Bahrain, China, India, Indonesia, Korea, Malaysia, the Philippines, Poland, Russia, Taiwan, Thailand and Vietnam. The exit is also rather reflective of the intense competition which even giants such as Standard Chartered and HSBC face in India, while taking on domestic heavyweights such as HDFC Bank, ICICI Bank or even Bajaj Finance, in the consumer banking segment, with a range of products to offer across its massive retail franchise nationwide. “As a result of the ongoing refresh of our strategy, we have decided that we are going to double down on wealth,” Jane Fraser, the newly appointed CEO of the company said in a statement. “We believe our capital, investment dollars and other resources are better deployed against higher returning opportunities in wealth management and our institutional businesses in Asia.”

The banking giant will meanwhile not sell its wealth management and institutional business which earns the bank significant income in fees. For the fiscal year ended March 31, 2020, Citibank India reported a net profit of Rs 4,918 crore. “India is a strategic talent hub for Citi,” Ashu Khullar, the CEO of Citi India said in a statement. “We will continue to tap into the rich talent pool available here to continue to grow our five Citi Solution centers which support our global footprint. There is no immediate change to our operations and no immediate impact to our colleagues as a result of this announcement.” So why the pull out?  A fair question to ask. But the debate of how foreign banks face up in consumer banking has been an ongoing debate for many years. In 2013, when consultancy firm PwC surveyed 32 foreign banks on the market environment, strategy and growth and the pace of technology, which had not reached where it has today, it had found out that there was no level playing field for foreign banks with its Indian counterparts unless they adopted the wholly-owned subsidiary route. That would have helped them increase the depth of business and branches in India. “Due to the local branch regime and the operating model of choice, foreign banks have, for the large part, remained niche players, focussing on trade finance, external commercial borrowing, wholesale lending, investment banking and treasury activities,” the PwC report had said. “Some large foreign banks have focussed on capturing the retail market but have remained confined to the high end of private banking and wealth management, while a few others have created valuable niche offerings in the areas of transaction banking, cash management and remittance products.” While Citibank and others did not do that, Singapore-based DBS did that, and is today one of the fastest growing Asian banks in India, notwithstanding its recent acquisition of Lakshmi Vilas Bank. In contrast, Citi has been seeing its business slide, even though its balance sheet numbers have been growing. In 2012, Citibank had a 21 percent market share in the Indian credit card market, in addition to a 30 per cent share in e-commerce spend. Back then, the company was the second largest in the credit card market, a position that fell to sixth by 2020, while market share slipped to around 6 per cent. “Citibank has innovated a lot for the Indian banking industry,” Harshil Mathur, co-founder and CEO of fintech unicorn Razorpay, told Forbes India in an interview. “They were among the first to offer online banking in a big way in India. Their credit card product has been one of the best in the market for a while. Many of their initiatives changed the Indian banking ecosystem.” While Citi began operations in India in 1902, the company forayed into consumer banking in 1985 and built up a portfolio of credit cards and loans. “Citi is among the pioneers of India’s retail banking,” says Srinath Sridharan, independent markets commentator and an expert in the Banking and Financial Services Industry. “But somewhere along, they stopped developing new retail products which could cater to the larger middle-class segment. That meant that the India business did not grow to the scale they had aspired to.” 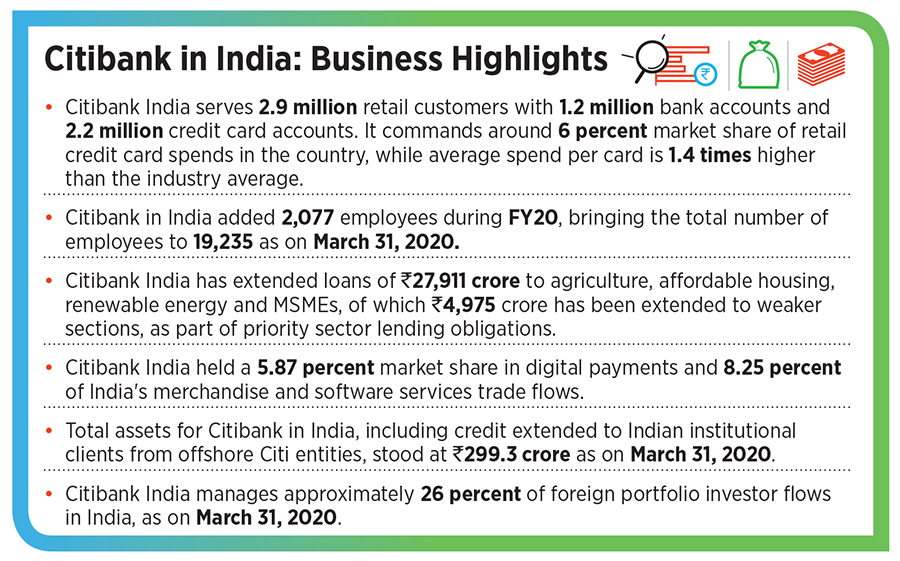 Tweets by @forbesindia
We want to add speed to seed funding: Anjali Sosale of WaterBridge
Feeding hate with video: A former alt-right YouTuber explains his methods