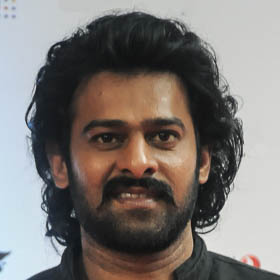 Prabhas's first film after the phenomenal success of the Baahubali saga, Saaho, raked in the second-highest opening day collection for an Indian film at Rs 130 crore. Despite negative reviews, Prabhas's bilingual film, Saaho emerged as the second highest-grossing movie of the year, beaten only by Hrithik Roshan-starrer War. The 40-year-old southern superstar has been in high demand ever since the success of Baahubali, currently the country's highest-grossing film of all time. Yet, the Hyderabad-based actor has been rather selective about his roles, and went without a single release in 2018.

With no releases and a non-existent social media presence, Kapoor dropped 28 spots on the 2019 Forbes India Celebrity 100 list.

A hit, a moderate success and a flop made 2019 a mixed year for the action hero, who slipped four places on the Celebrity 100 list.

Vijay is undoubtedly Tamil cinema's most bankable actor after Rajinikanth. His Diwali release, Bigil, has already raked in over Rs 300 crore.