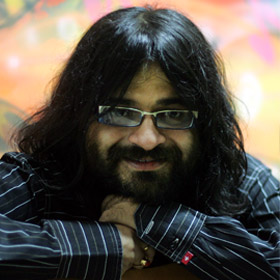 Pritam has seen a great year as a composer with hit songs like Ghar More Pardesiya for Kalank, and from live shows as well. He first debuted on the Celebrity 100 list in 2017, with total earnings of Rs 25.69 crore. The singer-composer has also founded a music incubation platform called Jam8 in 2016 for budding musicians. The team has composed some songs in films like Badhaai Ho. Pritam is currently working on the Ranbir Kapoor and Alia Bhatt-starrer Brahmastra and Ranveer Singh's 83-The Film. Pritam has also been a judge for reality TV shows, the latest one being Star Plus's Dil Hai Hindustani (2018).

Hrithik Roshan's Super 30 made over Rs 200 crore at the box office, taking his ranking up from 41 last year to number 18 this year.

Amit Trivedi is No 19 on the 2019 Forbes India Celebrity 100 list thanks to his music in Ayushmann Khurrana-starrer Andhadhun.

The music composer duo is on No 20 thanks to the hit soundtracks of Student of the Year 2 and Bharat.