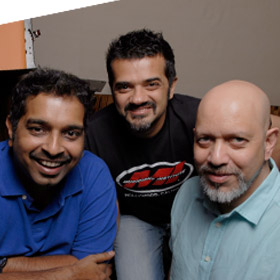 Since they got together in 1997 for the soundtrack of Dus, there's been no looking back for Shankar Mahadevan, Ehsaan Noorani and Loy Mendonsa. Amongst the most critically acclaimed Indian musicians, the trio has won numerous awards, including the National Award for for Mahadevan's contributions to Film Music under the category Arts. This year, their soundtracks for the movie The Zoya Factor were off the mark, but they were lauded for their work in Manikarnika: The Queen of Jhansi.

While Kalank was a dud at the box office, Dhawan's earnings remain strong with a rich endorsement pipeline.

Current king of playback, Arijit Singh celebrates hit scores of Kabir Singh and Andhadhun, and crowd-pulling concerts across the globe.

Mohanlal, the highest-paid actor of Malayalam cinema, zooms to No 27 on the 2019 Celebrity 100 list, after dropping out last year.