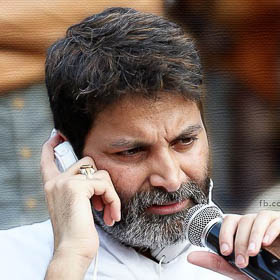 Trivikram Srinivas, a former advertising professional, is a low-profile director despite working with some of the biggest superstars of the Telugu film industry. His presence in the list is the result of his ambitious action drama called Aravinda Sametha Veera Raghava, starring Junior NTR. The director's estimated earnings from this film alone stand at Rs 21. 5 crore. Srinivas has received seven Nandi Awards, an honour conferred by the Andhra Pradesh government for excellence in Telugu cinema.

Ali Abbas Zafar has debuted on the 2019 Forbes India Celebrity 100 list at rank 78, riding on the success of Salman Khan-starrer Bharat.

Sivakumar, or Siva, makes his debut in the 2019 Forbes India Celebrity 100 list, owing to the success of Viswasam.